You can’t open a book on America’s most infamous serial killers without finding pages dedicated to Charles Manson and his “family.”

Manson rounded up a cult of youngsters through drug-induced sex parties in the ‘60s. But as the decade of peace and love came to an end, Manson unleashed a bloodbath that forever stained American history.

Manson convinced his “family” that the world was in for the ultimate race war, which he named Helter Skelter after his twisted interpretation of a Beatles song.

To launch this war, the cult committed five grisly murders which it blamed on blacks in 1969. Among their victims was actress Sharon Tate. Pregnant at the time, she had been stabbed at her home 16 times.

The words “Pig” and “War” were written on the walls with their victims’ blood. The cult was then arrested. Manson is serving a life sentence in California. 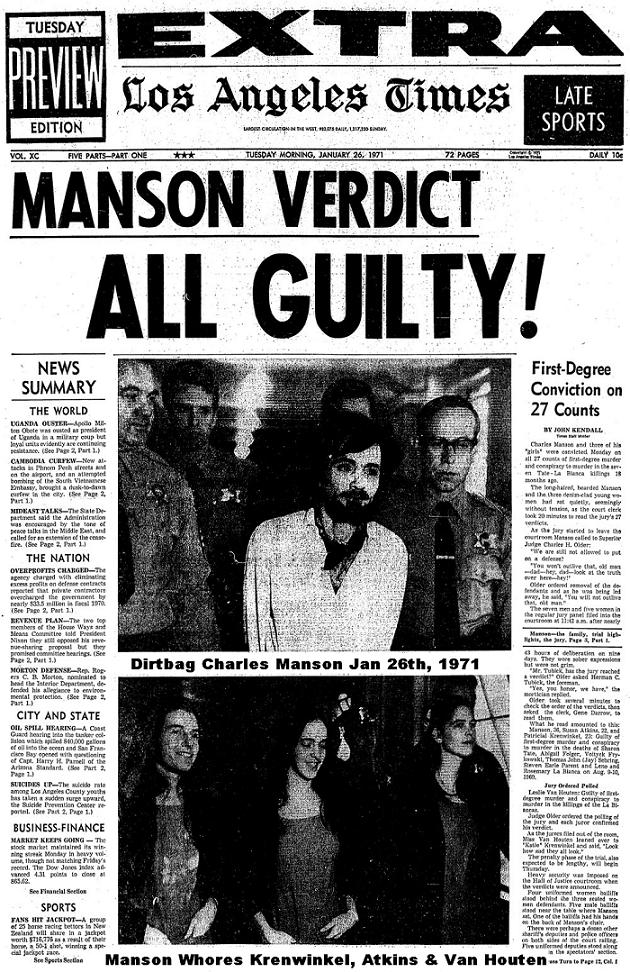