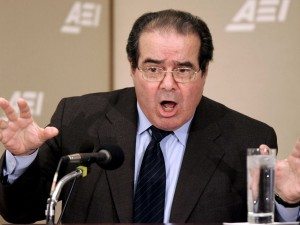 But I had thought that one could consider certain conduct reprehensible—murder, for example, or polygamy, or cruelty to animals—and could exhibit even ‘animus’ toward such conduct. Surely that is the only sort of ‘animus’ at issue here: moral disapproval of homosexual conduct[.] – Antonin Scalia, Romer v Evans 1996

There are those who contend that it does not benefit African Americans to get them into the University of Texas where they do not do well, as opposed to having them go to a less-advanced school, a slower-track school where they do well. – Antonin Scalia, 2015

…Perpetuation of racial entitlement. – Antonin Scalia, Commenting on a provision of the Voting Rights Act, 2013

The American people should have a voice in the selection of the next Supreme Court justice. Therefore, this vacancy should not be filled until we have a new president. – Mitch McConnell, Senate Majority Leader

Despite outcry from the Republican Party, Article II of the United States Constitution gives the President of the United States the power to appoint Justices to the Supreme Court. There are no provisions as to what portion during the term the President can appoint Justices, nor are there any other guidelines. Barack Obama has the authority to nominate a Justice to the 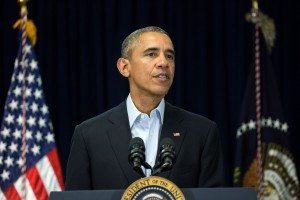 Supreme Court, any other notion is simply political theater.

I plan to fulfill my constitutional responsibilities to nominate a successor in due time. – Barack Obama, President of the United States

This next election needs to be a referendum on the court. The people need to decide. I’m very glad that the Senate is agreeing with what I called for, that we should not allow a lame duck to essentially capture the Supreme Court in the waning months of his presidency. – Ted Cruz, United States Senator

So with an impending fight could the nomination process be held up until a new President is appointed?

Is A Recess Appointment Possible 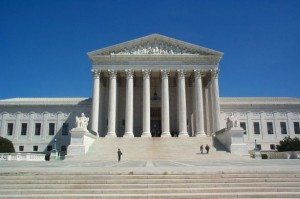 There have been 12 Justices appointed to the Supreme Court while the Senate has been in recess, yet hasn’t been done since President Eisenhower. Currently the Senate is in recess until February 22nd; therefore, President Obama could currently appoint anyone to the High Court without any opposition. It’s assumed that he will not choose to do so, but the option is probably being weighed by he and his advisory staff.

If he were to decide to make a recess appointment it would take the issue out of the campaign trail and allow candidates on both sides to debate the issues. As it stands, any fight over the eventual replacement would simply polarize the Supreme Court throughout the rest of the election season. He would also have the opportunity to further cement his legacy by guaranteeing his selection makes it to the court.

It will be interesting to see which path President Obama chooses after considering the positives and negatives on both sides.

My mole in the White House tells me Obama will nominate 46-year-old Judge Sri Srinivasan, an Indian-American jurist who Obama nominated in 2013 to the U.S. Court of Appeals for the D.C. Circuit — and the Senate confirmed unanimously. Having confirmed him unanimously just three years ago, it would be difficult (but hardly impossible) for Republicans to oppose him now. – Robert Reich, American Political Economist

Other names being passed around are Patricia Ann Millette, Paul Watford, David Barron, and Jane Kelly. Any of which being confirmed would go a long way to preserving President Obama’s legacy and would shape the court for decades to come. The magnitude of the next Justice could tip the scales of the Supreme Court to a more left leaning body, which could eventually lead to the overturn of Citizens United effectively getting “dark money” out of the political system.