Republican presidential front runner Donald Trump made another astounding claim on Tuesday, saying Pakistan due to its nuclear power is a “very very vital problem for US”.

Pakistan however, has been a US ally since war on terror began in 2001. Pakistan has had nuclear weapons for more than 18 years and haven’t posed even the slightest of threats to anyone, and remember it is a country with many enemies.

The common perception in Pakistan is that its military and political leadership sold its soul to become US allies. In exchange for money, our country’s intelligence and governing class dragged Pakistan into War on Terror; an operation its people had nothing to do with.

Since becoming an ally of US in war on terror, Pakistan has lost 55,000 people due to terrorist insurgency. Why do Donald Trump and others like him keep forgetting the sacrifices Pakistan has made for the United States? (However, some might say that the motives of our rulers can be considered ulterior).

In such circumstances, does Pakistan deserve to be called “a big problem” when its nuclear weapons are perfectly safe. Terrorist organizations have never come close to getting their hands on Pakistani’s nuclear assets.

Why isn’t Pakistan a vital problem for US?

The simple answer to the question posed above is: Pakistan is not practically a sovereign country as one might think. Its ruling elite and military is in the pocket of US and all the other influential countries. 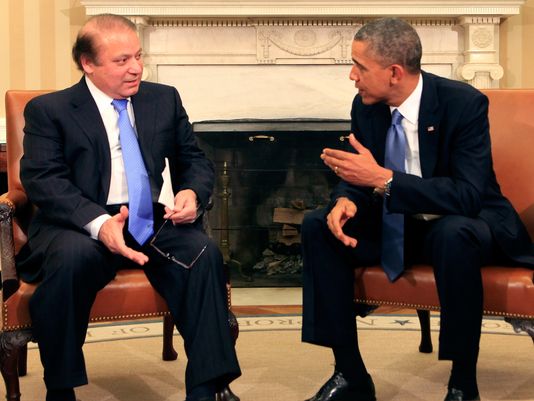 It is no secret that Pakistani military takes monetary aid from Pentagon.

Why then, would a country’s rulers, both civil and military, bite the hand that is feeding them?

If you were to visit any street in Pakistan right now and ask people, “do you think Pakistan can attack United States with its nukes”? – I can guarantee you that 99% of people would reply with:

“Forget it, we don’t have the spine to stand up against our proven enemies, how can we take on a super power for no reason?” – Every 11 year old kid knows that Pakistan cannot dare pose threat to US, even if they wanted to.

Somebody should tell Mr. Trump that against Pakistan, you don’t even need pressure tactics. The political and military leadership of my country is so corrupt that all you need to do is throw money at them to get your way.