President Obama is in Vietnam currently. He is visiting the country for a pre-planned visit. While giving a speech to hundreds, he picked one woman in particular to ask a question. The woman he picked has been dubbed the “Queen of Hip-Hop” in Vietnam. 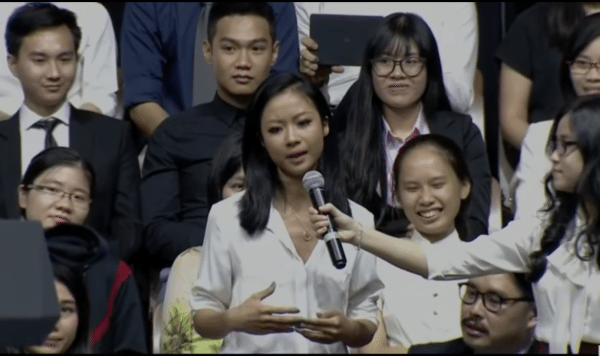 President Obama picked Suboi, a Vietnamese rapper, out of the crowd. Suboi (real name, Hàng Lâm Trang Anh) had been invited to the event, but had no idea that she would be picked. The event, located in Ho Chi Minh City, was geared towards the young people of Vietnam.

Suboi got up to ask her question. She introduced herself as a rapper and proceeded with her question. When she was done, President Obama asked if she would rap something for him before answering her question. 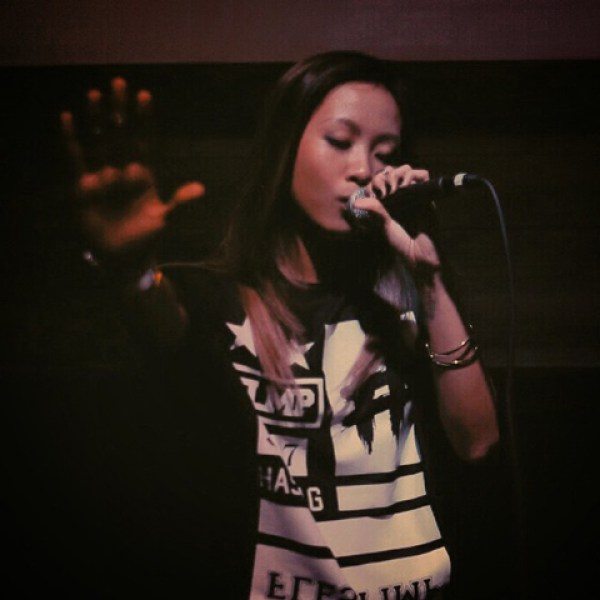 In a fun mix-up of the typical town hall format, she obliged him. She was even willing to do the performance in English. Obama asked for a her to rap something quick in her native tongue. Suboi then rapped a short, few second verse. 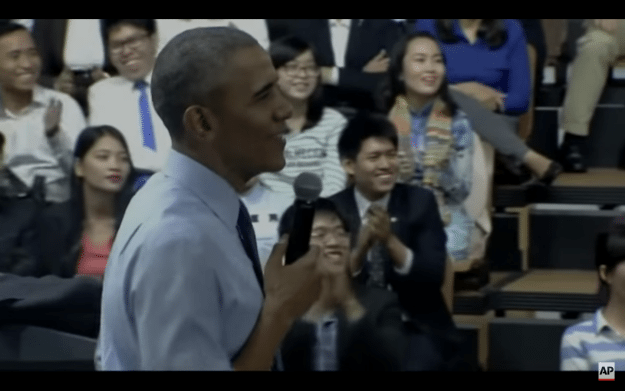 Suboi is a well-known rapper in Vietnam. She is also an outspoken opponent against censorship in Vietnam. She has even performed at the South by Southwest music festival in the United States.

President Obama did answer her question which was about suppression of speech and the arts. Suboi told fans on her Instagram that Obama eventually answered her question. Suboi said, “he said, ‘If you try to suppress the arts then you are suppressing the deepest dreams and aspirations of a people.'” Reportedly, they also discussed gender stereotypes in music.

In Vietnam, artists are often fearful of speaking out against the government in case of retribution. Suboi decided that she had enough and decided to speak out. 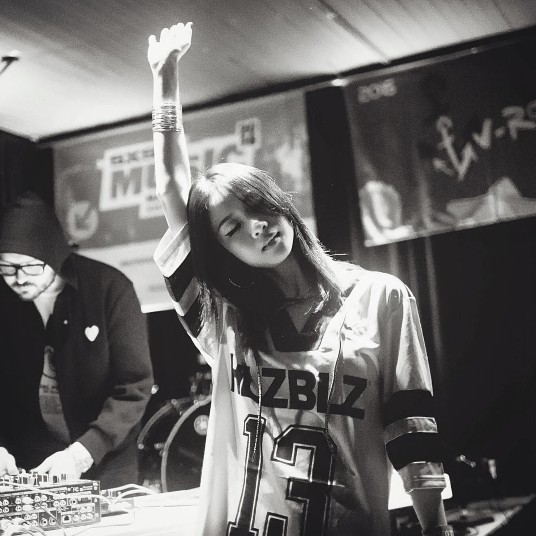