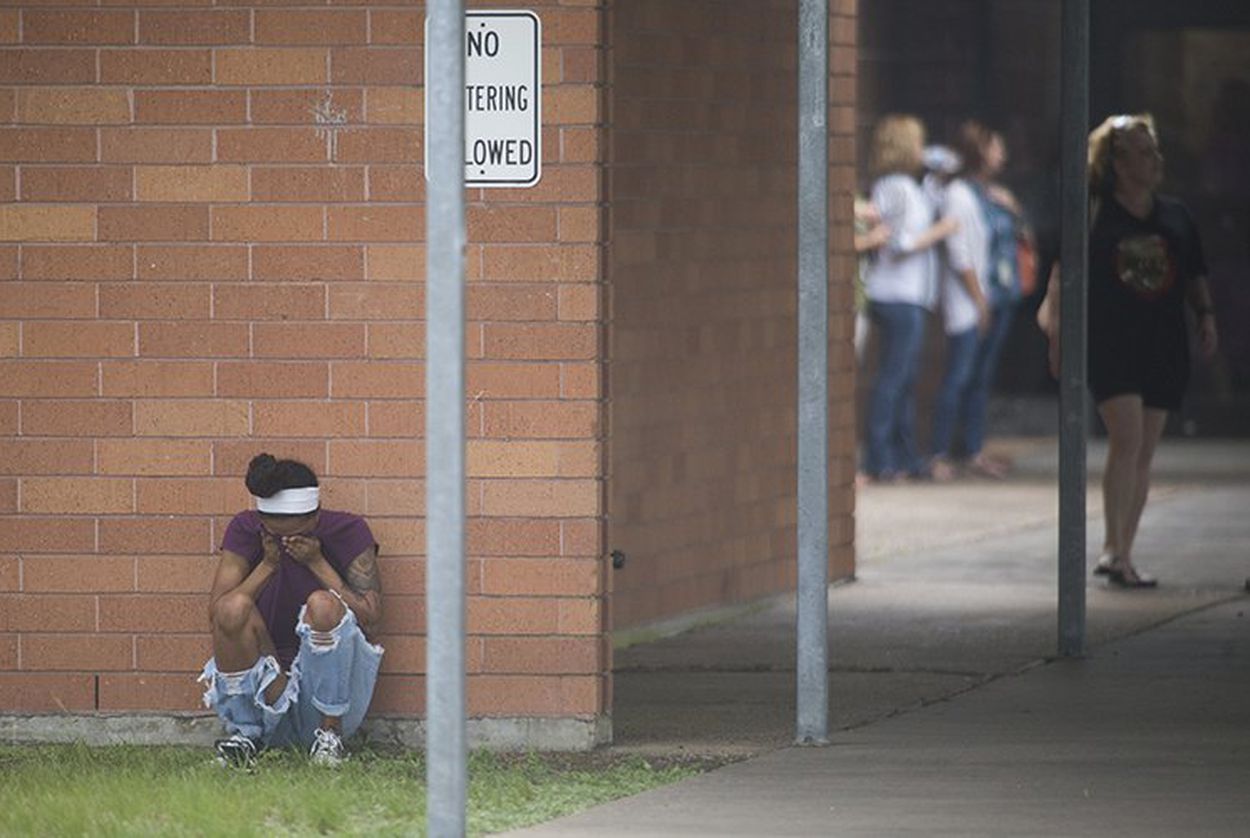 On Friday morning, a 17-year-old student armed with a shotgun and a pistol opened fire in an art class at Santa Fe High School. The student killed 10 people and wounded at least 10 others. This included a school resource officer who was left in critical condition. Of those killed, eight were students and two were teachers.“Our community has suffered a terrible tragedy,” Santa Fe Independent School District Superintendent Leigh Wall said. “We are all feeling the overwhelming grief of this horrific event.”

Santa Fe High School became the latest scene in a national epidemic of mass shootings. For the second time in the past three months, the victims were children and their teachers.

The tragedy prompted an overflow of grief and outrage. There was a candlelight vigil, statements of sympathy and anger from elected officials. We also saw heart-rending posts from relatives of the deceased as well.

“It’s been happening everywhere,” one Santa Fe student, Paige Curry, said with a shrug after the shooting. “I’ve always kind of felt like eventually, it was going to happen here, too.”

President Trump quickly denounced the shooting. “This has been going on too long in our country — too many years, too many decades now,” Trump said in Washington. “We grieve for the terrible loss of life and send our support and love to everyone affected by this absolutely horrific attack.”

Houston Police Chief Art Acevedo wrote of his frustration over the lack of action on gun-control legislation, after spending the day shedding “tears of sadness, pain, and anger.”

“I know some have strong feelings about gun rights but I want you to know I’ve hit rock bottom and I am not interested in your views as it pertains to this issue,” Acevedo wrote. “Please do not post anything about guns aren’t the problem and there’s little we can do. … I will continue to speak up and will stand up for what my heart and my God commands me to do, and I assure you he hasn’t instructed me to believe that gun-rights are bestowed by him.”

Did we Miss the Signs?

Pagourtzis had posted a photograph of a T-shirt saying “Born to Kill,” the governor said during a Friday news conference.  Abbott said the suspect did not have a criminal record or show signs of being violent. He said that in this case there weren’t the kind of red flags seen in other mass shootings.

On Saturday, the Pagourtzis family released a statement saying it is “shocked and confused” by what happened and that the incident “seems incompatible with the boy we love.”