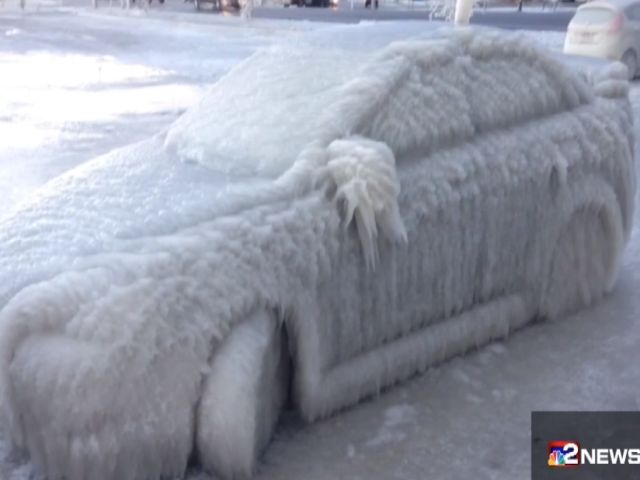 Living in a big city may seem glamorous most of the time but not on a cold winter morning. There are no garages downtown, so frost and snow cover parked cars every night, turning a 20-minute commute into an hour-long headache. After shoveling away the snow, you get to the thin layer of ice, which sticks especially well to windows. At the very least, you need to clear the windshield, rear window and enough of both front windows to see the side mirrors. Each day, you have to scratch away the frost with a glass-safe rubber scraper, ending up frustrated, sweaty and freezing cold, all at the same time. 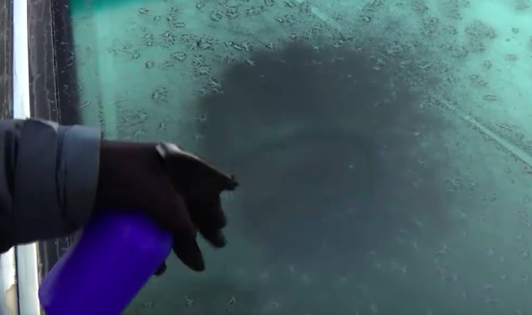 If you’re wondering why people don’t just turn the heat on, you’ve obviously never parked outside in the winter. The doors are probably frozen shut, it takes ages for the window frost to fully melt and windshield wipers are completely useless. So, when a local Tennessee meteorologist’s YouTube video demonstrated an almost-instant defrosting method, it quickly made headlines, generating over 12,000,000 views.

The method, created by weatherman Ken Weathers (no, that’s not a stage name), is affordable, effective and extremely simple. His video starts off with s demonstration – after scrubbing his windshield to show how thick the ice is, Ken sprays it from an unlabeled bottle and the frost instantly disappears. Next, the video focuses on making his “defrosting solution.” It turns out that weatherman Weathers’ secret formula is 2 pints of rubbing alcohol (isopropyl)  mixed with 1 pint of water.

He explains that, since alcohol has a much lower freezing temperature then water, so ice easily dissolves in it. Rubbing alcohol is ideal, since it freezes at an impossibly low -130F in addition to being extremely cheap. Spray bottle included, a 3-month supply of Ken’s defrosting solution costs a total of $10. Keep a bottle in the car and you can toss that ice scrubber in the garbage.