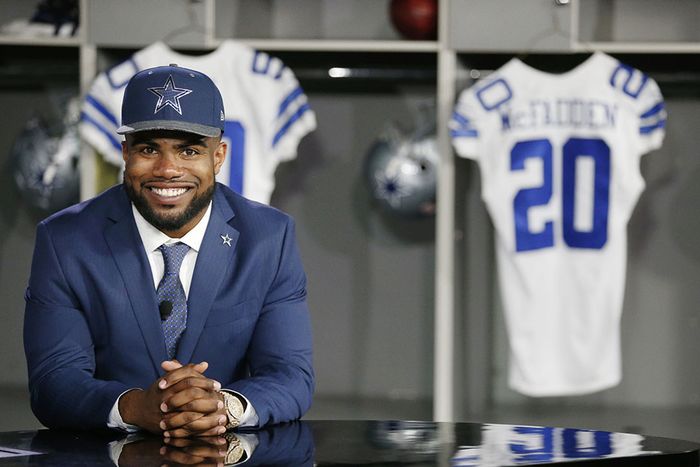 The 2016 NFL Draft has come and gone. This year’s Draft was not lacking in drama nor intrigue, especially when it came to the moves of the 4-12 Dallas Cowboys – who are for better or worse dubbed “America’s Team.” Going into the draft conventional wisdom had Ohio State Defensive End Joey Bosa linked to the Cowboys, who were still needing help along the Defensive Line (especially after Randy Gregory was suspended the first 4 games of the season). However, days before the draft draft experts began linking the Cowboys to Florida State Defensive Back Jalen Ramsey, with Bosa slipping down the board.

The San Diego Chargers shocked some by selecting Bosa with the 3rd overall selection – with Bosa officially off the table the Cowboys made fan favorite Ezekiel Elliot the 4th overall selection. The Ohio State Running back does not have a weakness to his game and improves an already deep Cowboys backfield. With question marks around how good of a Corner Ramsey can become, selecting Zeke made perfect sense as he will have an immediate impact.

The 2nd round brought Linebacker Jaylon Smith to the Cowboys. The Notre Dame Linebacker had been projected to have been a top five selection until blowing out his knee. Cowboys physician, Dr. Daniel Cooper performed the surgery and cleared Smith to the team, who do not have the same health concerns as many around the NFL. Forever Smith will be linked to UCLA Linebacker Myles Jack; who with his own injury concerns went two pick after to the Jaguars. If Smith is able to have a long NFL career, this risk will more than pay off.

Rounds 3-4 saw the Cowboys address their Defensive Line by selection Defensive Tackle Maliek Collins (Nebraska) and Defensive End Charles Tapper (Oklahoma). Collins will play a 3 Technique in the Rob Marinelli scheme while Tapper looks as if he’ll primarily play Left Defensive End at least until he proves he can show the Pass Rushing skills to consistently warrant lining up at Right Defensive End.

Dak Prescott, who I had a middle third round grade on became the Cowboys 4th round selection. The Mississippi State dual threat Quarterback has a lot of tools and potential. While 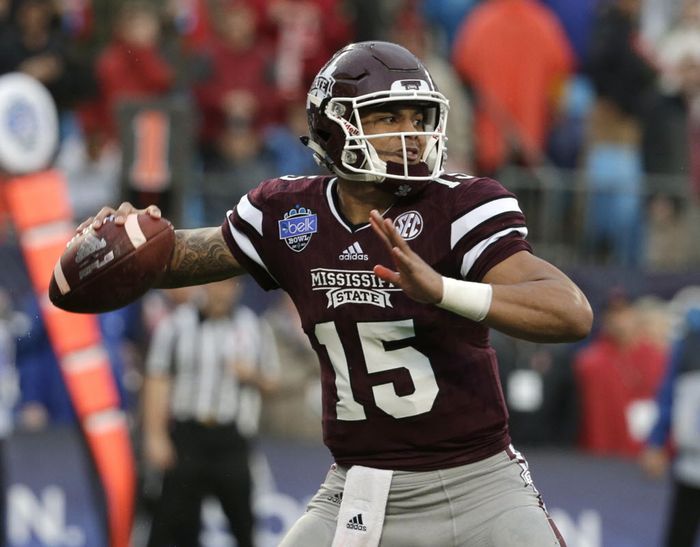 there are some mechanical and pocket awareness flaws in his game, there is no reason as to why he cannot develop behind Tony Romo and Kellen Moore. This was the first time the Cowboys invested a draft pick into a Quarterback since 2009 when the team drafted Stephen McGee in the 4th round. Dak is a far further polished passer than McGee and has the potential to one day start if he is allowed to sit for several seasons.

The Cowboys did not have a 5th round selection, however they were able to acquire some value with their three picks in the 6th round. Anthony Brown (CB, Purdue), Kavon Fraiser (S, Central Michigan), and Darius Jackson (RB, Eastern Michigan) all have the potential to make the teams Practice Squad. If Fraiser performs well during Training Camp he could possibly earn himself a roster spot.

A lot of intrigue surrounds the Cowboys 7th round selection Rico Gathers (TE, Baylor) who is making the transition from Basketball to Football – his 6’8” frame makes him an enticing player. It will be interesting to see how the team handles Gathers with a full set of Tight Ends and a number of teams that were interested in signing the player if he were to have gone undrafted.

Giving draft classes a grade immediately after the process has ended is slightly foolish, it is merely a tool used to generate clicks from excited (or angry fans). Instead it’s a much better practice to look at the potential of the players selected; if experts had done that following the Travis Frederick pick then it would have not been panned. With players like Elliot, Smith, Prescott, Collins, and Tapper the potential of the draft is extremely high – while the floor is mid range.

Zeke will be an extremely productive player, if Smith is able to return to form he will be a defensive standout, the others have the luxury of not being forced into immediate roles where they are expected to put up starter esq numbers. Collins and Tapper just need to find their way on the field and contribute every Sunday, while Prescott needs to work hard Monday thru Friday each week to learn the intricate details of the Quarterback position.

To not go without mention Fraiser could become a key Special Teams player for years to come while Rico Gathers has a huge upside. The Cowboys only invested a 7th Round Pick on Gathers which comes with a very low risk if he doesn’t pan out.

If the Cowboys are correct about the health of Jaylon Smith this could turn into one of the better Cowboys drafts in recent memory.