It’s not so easy in Paradise. Hawaii has claimed a “State of Emergency” about the homelessness situation. 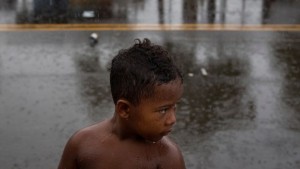 Hawaii is one of the most famous and popular places to go on vacation. An estimated $11 billion is produced in the state as a result of the tourist industry. Businesses and local officials see the massive homelessness problem as a threat to one of the state’s largest industries.

According to a point in time count of Oahu homeless population (1/26-1/30/2015), Oahu alone had 4903 homeless. The State’s largest island is often the first stop for tourists. But tourists and locals are having to maneuver around the large semi-permanent homeless encampments located on beaches and in parks.

“People cannot camp and take over parts of our city and state property that has been built and designed for everyone, not one specific group,” said Honolulu Mayor Kirk Caldwell. “It’s not safe.” 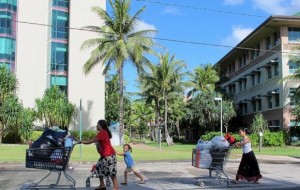 Getting the largest homeless population per capita in the US off the streets and into safe housing is much harder for an island than for mainland states. “Statewide, 10,000 people wait five years or more to get into state-run public housing, and the waiting list for Section 8 rent assistance in private housing was so long, they closed the list for about a decade.” reports Fox News.

With such a huge homelessness problem, the Governor declared the state of emergency in October of 2015. Hawaii has begun to make several major changes to the social services and resources available to the homeless and at-risk population. 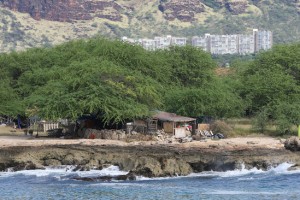 CNN reports, “Specifically, the emergency proclamation allows the spending of over $1.3 million to fund homeless services and help set up permanent homes for families and the chronically homeless. The latter effort will include building a transitional housing facility for homeless families.”

One of the biggest obstacles for mentally ill and drug or alcohol addicted individuals is whether or not they will be able to find housing before or after being able to seek treatment. 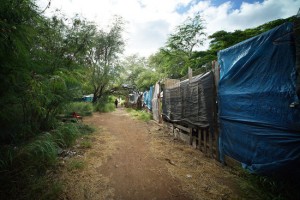 “Several cities have reduced homelessness by using a different approach, called Housing First. Whereas typical schemes aim to get homeless people “housing ready”—that is, off drugs and in work—before placing them in homes, Housing First provides the home up front and then delivers the support needed to stay there. This saves money, says Matthew Doherty of the US Interagency Council on Homelessness, as the homeless otherwise tend to ricochet between expensive services, such as jails, emergency rooms and detox centres. A study from Los Angeles found that the public saves over $27,000 a year for every person in such a programme.” The Economist reported.

Another obstacle is the availability of family housing. A little over 47% of homeless individuals are a part of a homeless family. Childcare and housing are so incredibly expensive in Hawaii, some families have multiple members working full-time and are still unable to afford even the smallest of apartments.

It is only a matter of time before we see if this new approach is working out for the Ahola State.