It’s a battle of the geeks! For almost two years, San Diego Comic-Con has been entangling Salt Lake Comic Con in an intense legal battle.

San Diego Comic Convention, the corporation behind Comic-Con International: San Diego, says that: “Comic-Con International: San Diego is a nonprofit educational corporation dedicated to creating awareness of, and appreciation for, comics and related popular artforms, primarily through the presentation of conventions and events that celebrate the historic and ongoing contribution of comics to art and culture.”(according to comic-con.org.) This comic convention was started in the 1970s and remains the largest such convention in North America. 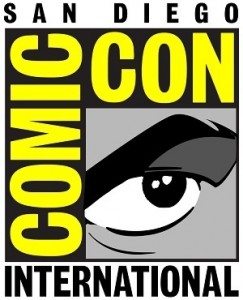 Salt Lake Comic Con is just a youngin’, with Dan Farr Productions only starting to hold comic conventions in 2013. Though it is only a few years old, Salt Lake Comic Con has had record breaking numbers in the past three years. It now sits at the third largest convention in North America and is currently only constrained by space-issues.

So why is the older convention of geeks suing these little nerds from Utah?

According to court documents, essentially San Diego is concerned that people will think that the two conventions are run by the same group or are “otherwise affiliated.”

To be clear, the San Diego group owns the trade mark for “comic-con.” During the official filing of a lawsuit San Diego brought up against Salt Lake, the US government issued Salt Lake the trademark for “Salt Lake Comic Con.”

But San Diego is still trying to bring the case before a judge.

Apparently, the big debate in the geek world is not DC versus Marvel, but San Diego versus Salt Lake.