The Internet is now bombed with news of the purported confirmation of Banksy’s real identity, thanks to a scientific study conducted by researchers from Queen Mary University of London and Texas State University. Banksy’s camp is yet to confirm or deny – more likely to deny as usual – whether Banksy’s identity has truly been caught this time, but it would be interesting to see what impact this supposed revelation would have on the reception of his artworks, not to mention the hefty price tag that comes with each. A Banksy artwork is among the most coveted urban art pieces of the 21st century due to its aesthetics, progressive use of satire in defiance of authority, pro-peace and pro-humanity messages, and of course, the guarded anonymity of the artist.

The cheapest Banksy artworks reported to be sold were a pair of postcards from when he setup a stall in New York in 2014 that an old lady was able to haggle for $30 apiece, 50% off the $60 price tag. After authentication from Pest Control, the market value for the art pieces has been estimated to reach $120,000. His Keep It Spotless piece, a collaboration with Damien Hirst, is the most expensive Banksy artwork ever sold by far, which went for $1.9 million at Sotheby’s New York Charity Auction in 2008.  There are also reports of stolen artwork such as murals that were actually cut off from walls whose stolen status, which the artist stated to be “disgusting”, hasn’t prevented some art collectors from purchasing. 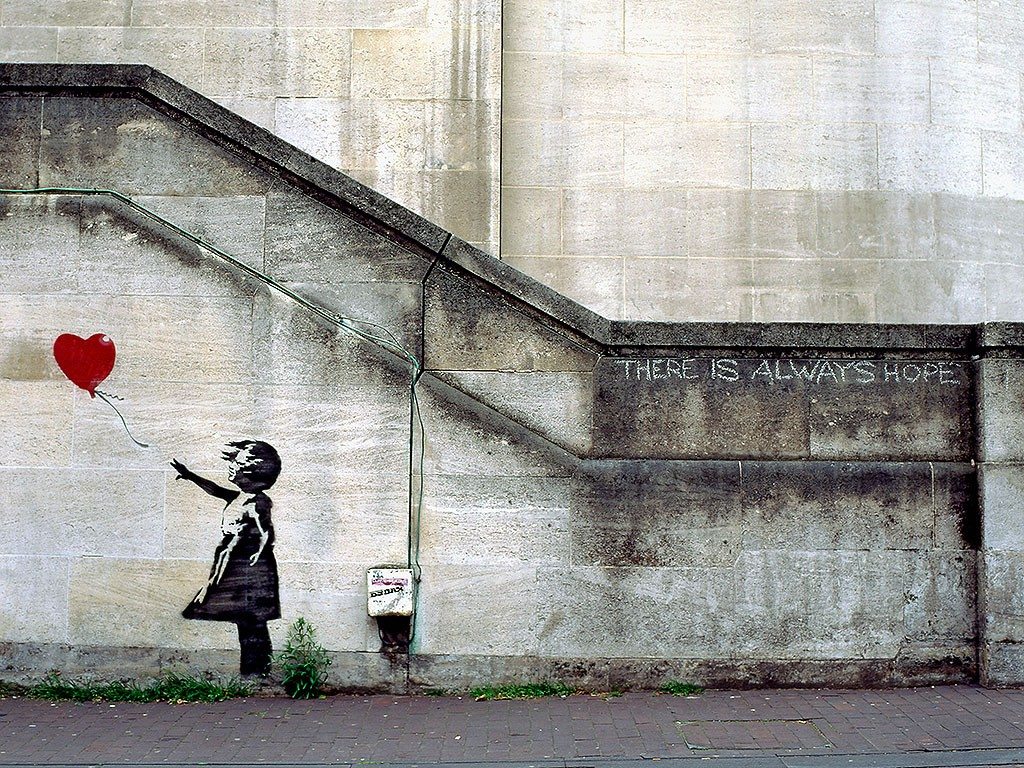 In honor of the artist whose identity may have – or may have not yet again – been unmasked, here are 31 of Banksy’s most important artworks:

Found on the wall of a car park in Farringdon, London, Because I’m Worthless featured a Blak Le Rat-inspired rat, which he used as symbolism for being insignificant and unloved. The graffiti ended up being destroyed by the authorities. 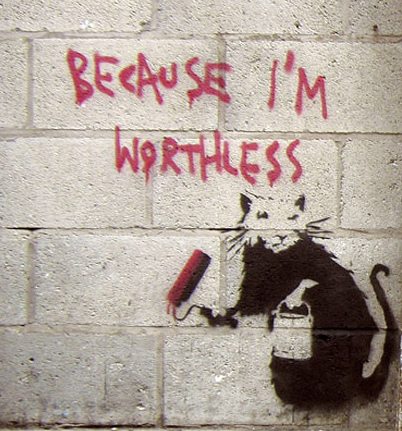