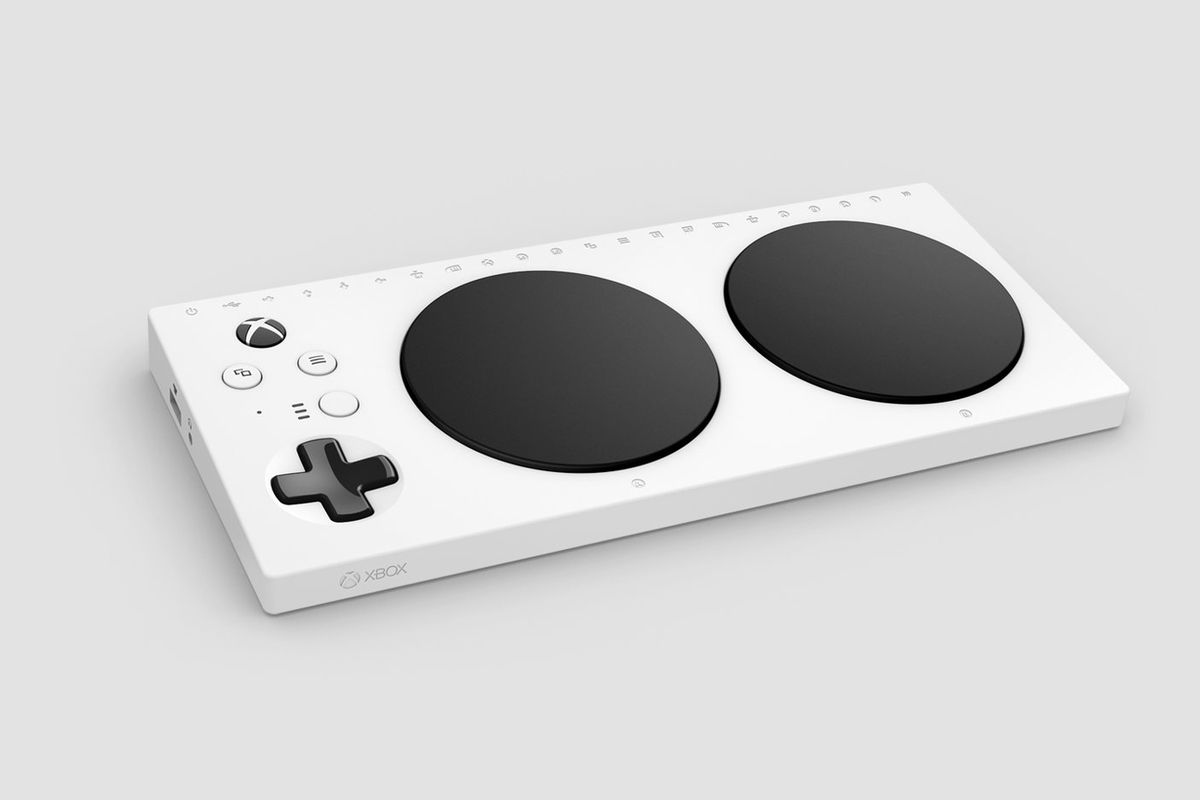 The adaptive controller, designed to be used by gamers with limited mobility and handicapped players. The controller sports white rectangular casing with large black A and B pads. It is rounded out with other classic Xbox-style buttons like the D-pad, left and right triggers and the Xbox navigation button.

Microsoft unveiled the Adaptive Controller recently but doesn’t have a specific public release date yet, beyond “later this year”. It will cost US$99.99 (RM 397.99) when it debuts and be available alongside Xbox consoles in stores and online.

Getting Players Back in the Game

The controller will feature fully programmable buttons and up to 19 connection ports for external switches, joysticks, and buttons, giving users a fully customizable controller experience unlike any other in gaming.

Not only does this provide easier navigation for handicapped users, but it opens up new possibilities in terms of community gaming by way of hosting multiple players and their own unique controllers on one platform.

Many gamers now work with non-profits such as SpecialEffect and AbleGamers, organizations that help gamers with disabilities find ways to play. These organizations also help buy accessories and piece together controllers that work for them. Xbox partnered with many of these non-profits to develop its new controller.

Lending a Hand to a Huge Need

Players with disabilities have been cobbling together options for non-traditional controls for years. They use gaming as a form of entertainment but also as a way to interact and connect with others. Xbox wanted to make it easier for players and caretakers to play, without the intense mechanical build.

The audience could be big: A Census study found that 56.7 million people in the US had a disability in 2010. This number does not account for temporary disabilities like a broken leg or arm.

Accessibility matters because it allows disabled gamers to hang onto a piece of their identity beyond their own impairments or handicaps. No matter what the ability or limitations, everyone deserves the right to enjoy something as simple as a video game. Furthermore, lack of hardware or innovation cannot be a justification for denying that access either.

Hopefully, with Microsoft recognizing that and taking action about it will inspire a spark of new technological developments for diverse audiences in gaming and beyond.