Facebook has apologized for its Safety Check system’s fault. The system auto-messaged wrong people and asked if they were safe in the Lahore bombings in Pakistan.

The suicide attack claimed by a faction of Pakistani Taliban, Jamaat-ul-Ahraar, claimed at least 72 lives majority of whom being women and children. 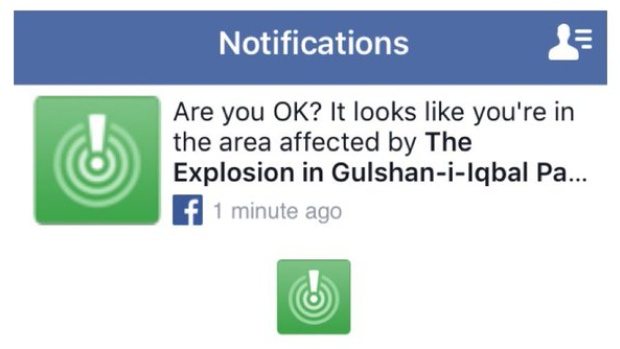 The Facebook’s Safety Check system is an advanced algorithmic program that activates if there is a tragedy on a large scale. It auto-sends messages to people living in the area close-by and asks them if they are safe. Once you mark yourself safe, it is published on your profile.

This way your friends and family can breathe a sigh of relief after finding out about your safety. However, things went particularly wrong on Sunday.

Due to a “bug”, as claimed by Facebook, Safety Check sent messages to people thousands of miles away. This caused confusion amongst the many thousands of people that received this message.

Many people in parts of US, India, UK and Hawaii received messages asking them if they were alright after the explosion.

“Unfortunately, many people not affected by the crisis received a notification asking if they were okay. This kind of bug is counter to our intent,” it added. “We worked quickly to resolve the issue and we apologize to anyone who mistakenly received the notification.” 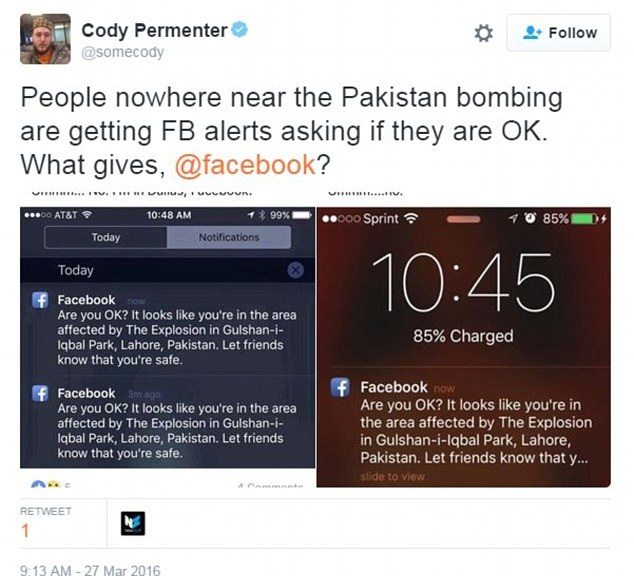 However, it is worth mentioning that as far as people of Lahore are concerned, Facebook got it spot on.

Sarah Jamil, a resident of Lahore who was close-by during the attacks, said “our phones started going off, it was a great relief to see all my friends marking themselves safe. It was a great tragedy nonetheless, I immediately informed my parents that I was fine but my distant relatives and friends got to know through Facebook”.

She further went on to add, “I don’t even use Facebook that much. But it is a good feature. Only a person caught up in a situation like this can understand how relieving it is to be able to tell all your loved ones that you are OK.”