It will carry more firepower than any of today’s stealth bombers. The B-21 will also handle long-range flights at an unmatched speed. Simply put, the aircraft will be able to bomb anyone, anywhere, without being detected.

According to the Pentagon, this Air Force upgrade will re-establish America as the world’s dominant military superpower.

Military officials hope the B-21 presentation will motivate allies in the Mideast and Asian regions to accept U.S. leadership. To be specific, they want to ‘reassure’ members of the anti-ISIS coalition that they’re on the right side. Air Force Secretary Deborah James ends her video presentation saying the Pentagon will be “leading our allies, our Air Force…and our country into the next generation of warfare.” Here’s the full presentation:

The extended (written) public announcement was really aimed at Russia and China. It was meant to demonstrate that the U.S. will soon be able to bypass their high-altitude ‘defense’ systems. That much was obvious from the Pentagon’s written statement – in particular, this bit:

Why Is America Worried About Defensive Weapons?

These ‘defense’ systems are really made up of long-range ballistic missile complexes. Tens of thousands such complexes are spread out along the Russian and Chinese borders. This allows either nation to destroy any existing aircraft within a 1,000-mile radius. As a result, the best Air Force bombers (F-15 and F-35) can’t even get close to them.

It seems last week’s decision to provide South Korea with high-altitude missiles made China reconsider some previous military ambitions. But, even the newest Navy carriers won’t be able to get U.S. aircraft within firing range of Russia, America’s particularly aggressive adversary.

Air Force officials hope that, once they can bypass these missile systems, Russia will be forced to cooperate on the war in Syria. At the very least, a fleet of B-21 bombers should stop Putin’s land-grabbing attempts in Eastern Europe.

Obviously, the specific design details are classified. But both the Air Force and Northrop have made a few things clear. They confirmed that the bomber will surpass the B-2 – a similar 2009 design, abandoned due to a lack of funding. As such, these will be the stealth bomber’s minimum qualifications: 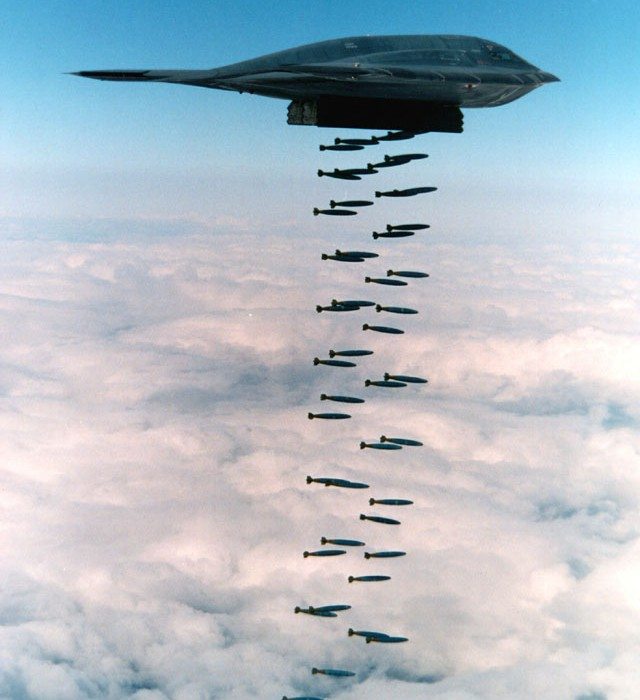 The first B-21 won’t see action sooner then 2025. Apparently, Northrop is still on the fence about an exact engine model. They only said that it’ll follow a traditional design, citing risks associated with experimental jet-engine systems.

Each bomber will cost at least $511,000,000. So, even if the design was 100% finished, rushing into production wouldn’t be very smart. Plus, the Air Force will surely require numerous tests and extensive pilot training.

And remember – we may have a President Trump as commander-in-chief for a few years. So it might be wise to wait another decade for those quick, stealthy, nuclear bombers.