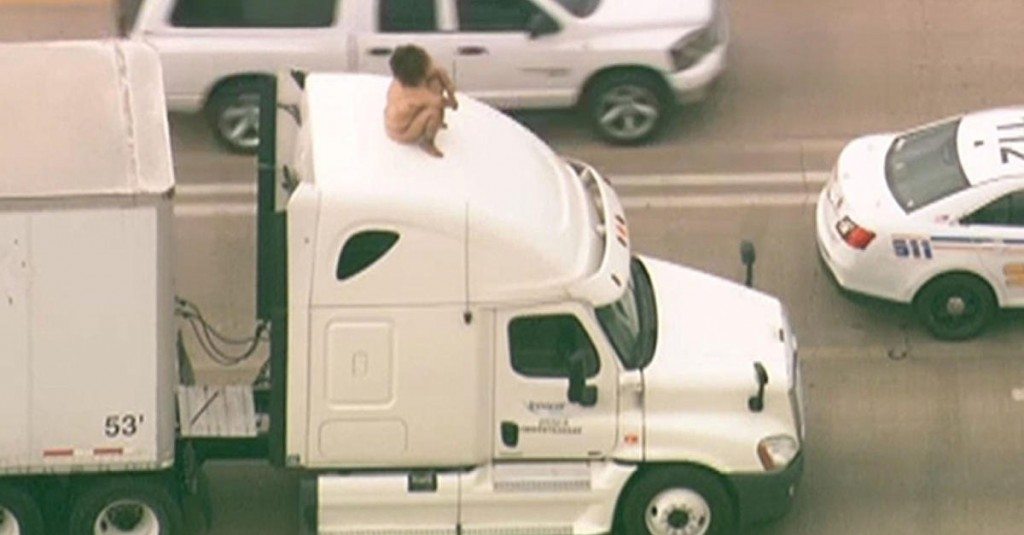 Naked, twerking, and seemingly deranged, that’s how people described the unidentified 25-year old woman who halted traffic on US 290 near Huffmeister in Houston for more than two hours on Monday morning. The mania started at around 9:00 a.m. when the woman reportedly crashed into a car, resulting in a 3-car pileup with the third vehicle being a massive 18-wheeler. After the collision, she stepped out of her car, started undressing, and ran wildly on the highway until she decided to climb the big rig, twerked and gyrated on top, predictably attracting the attention of commuters.

Showing no signs of stopping, a witness named Pearly Ward called 911 to report the incident. “That’s the most horrific thing I’ve ever seen,” the witness recalled. While some spectators were throwing invectives at the woman, Ward and some witnesses prayed for her ordeal. One of the responders, Cy Fair volunteer firefighter Brian Shirley, said it was a rather unusual, and certainly unforgettable, service call. He suspected it was a publicity stunt, but when he got to the scene, he was saddened to see that it was a psychiatric emergency. Amidst commuters yelling nasty insults at the woman, the rescuers had to think of how to take her off the rig safely and with dignity and respect. “You’re thinking on your feet the whole time. We wanted to get her down safely,” Shirley said. 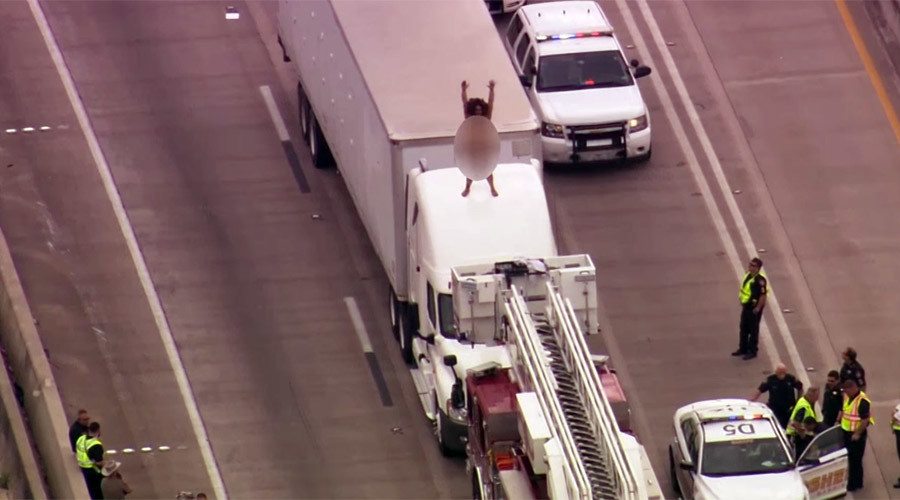 The rescuers surrounded the truck to keep the naked woman from jumping off the vehicle and potentially hurting herself. They tried to coax the woman to willingly surrender herself, but they were instead met by curses and spitting. Eventually, they climbed on the big rig and wrestled the patient into the ladder bucket.

When asked by authorities why she climbed the big rig, the woman claimed that she was being chased by the CIA and the FBI. It is believed that prior to the standoff, the woman was involved in two separate hit-and-run incidents in a nearby village. She was brought to the area hospital for mental evaluation.