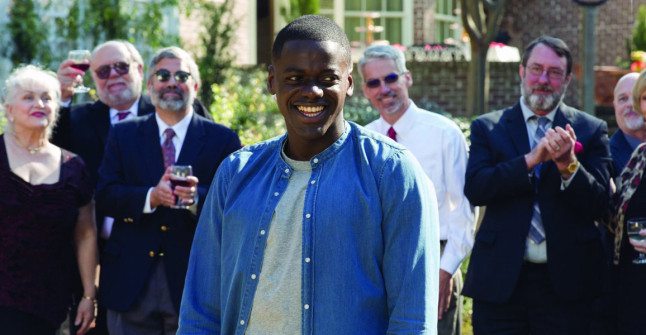 With 2017 coming to a close, you have a whole new group of vacation days ahead. Whether you’re a college student that still has 2 weeks before you return to school or you’re are calling in sick with the flu, these are the movies you need to binge-watch before returning to the grind.

This horror flick is sure to make your blood boil. With a 99% rating on Rotten Tomatoes and numerous awards won, this film is probably one of the best nail-biters of 2017.

“Now that Chris (Daniel Kaluuya) and his girlfriend, Rose (Allison Williams), have reached the meet-the-parents milestone of dating, she invites him for a weekend getaway upstate with Missy and Dean. At first, Chris reads the family’s overly accommodating behavior as nervous attempts to deal with their daughter’s interracial relationship, but as the weekend progresses, a series of increasingly disturbing discoveries lead him to a truth that he could never have imagined.” – Rotten Tomatoes

Get Out is available for streaming via HBO Go

With a 93% rating on Rotten Tomatoes, this stylish and exciting film is fueled by a killer soundtrack. Baby Driver hits the road and it’s gone — proving fast-paced action movies can be smartly written without sacrificing thrills.

“A talented, young getaway driver (Ansel Elgort) relies on the beat of his personal soundtrack to be the best in the game. But after being coerced into working for a crime boss (Kevin Spacey), he must face the music when a doomed heist threatens his life, love, and freedom.” – Rotten Tomatoes

Baby Driver is available for purchase on Amazon Video

With a 98% rating on Rotten Tomatoes, The Big Sick is funny, heartfelt, and intelligent. It uses its appealing leads and cross-cultural themes to prove the standard rom-com formula still has some fresh angles left to explore.

“Based on the real-life courtship between Kumail Nanjiani and Emily V. Gordon, The Big Sick tells the story of Pakistan-born aspiring comedian Kumail (Nanjiani), who connects with grad student Emily (Kazan) after one of his stand-up sets. However, what they thought would be just a one-night stand blossoms into the real thing, which complicates the life that is expected of Kumail by his traditional Muslim parents. When Emily is beset with a mystery illness, it forces Kumail to navigate the medical crisis with her parents, Beth and Terry (Holly Hunter and Ray Romano) who he’s never met, while dealing with the emotional tug-of-war between his family and his heart. The Big Sick is directed by Michael Showalter and produced by Judd Apatow and Barry Mendel.” – Rotten Tomatoes

The Big Sick is available streaming for Amazon Prime members

Call Me by Your Name

Call Me by Your Name offers a melancholy, powerfully affecting portrait of first love, empathetically acted by Timothée Chalamet and Armie Hammer.

“Call Me By Your name, the new film by Luca Guadagnino, is a sensual and transcendent tale of first love, based on the acclaimed novel by André Aciman. It’s the summer of 1983 in the north of Italy, and Elio Perlman (Timothée Chalamet), a precocious 17- year-old American-Italian, spends his days in his family’s 17th century villa transcribing and playing classical music, reading, and flirting with his friend Marzia (Esther Garrel). Elio enjoys a close relationship with his father (Michael Stuhlbarg), an eminent professor specializing in Greco-Roman culture, and his mother Annella (Amira Casar), a translator, who favor him with the fruits of high culture in a setting that overflows with natural delights. While Elio’s sophistication and intellectual gifts suggest he is already a fully-fledged adult, there is much that yet remains innocent and unformed about him, particularly about matters of the heart. One day, Oliver (Armie Hammer), a charming American scholar working on his doctorate, arrives as the annual summer intern tasked with helping Elio’s father. Amid the sun-drenched splendor of the setting, Elio and Oliver discover the heady beauty of awakening desire over the course of a summer that will alter their lives forever.” – Rotten Tomatoes

Call Me by Your Name is still in theatres and will be available for streaming soon.

With a 92% on Rotten Tomatoes, Wonder Woman is a thrilling and earnest reboot of an American Comic Class. Buoyed by Gal Gadot’s charismatic performance, Wonder Woman succeeds in spectacular fashion.

“An Amazon princess (Gal Gadot) finds her idyllic life on an island occupied only by female warriors interrupted when a pilot (Chris Pine) crash-lands nearby. After rescuing him, she learns that World War I is engulfing the planet, and vows to use her superpowers to restore peace. Directed by Patty Jenkins (Monster).” – Rotten Tomatoes

Wonder Woman is available for purchase via Amazon Video