I made it very clear. that those children needed to be processed appropriately, but we also had to send a message to families and communities in Central America – not to send their children on this dangerous journey at the hands of smugglers. – Secretary Hillary Clinton

The Clinton response came in a discussion on whether or not undocumented families fear deportation, which would lead into sending many back into countries ravaged by gang violence. The entire exchange did not go well for the former Secretary of State, especially with the Democratic Party holding the Nevada Caucus on February 20th. According to latest Census information 27.8% of the Nevada population identifies as Hispanic.

The Importance Of Nevada

After the Clinton campaign suffered a humbling 22 point defeat in New Hampshire, resulting into Bernie Sanders solidifying himself as a “legitimate” competitor for the Democratic 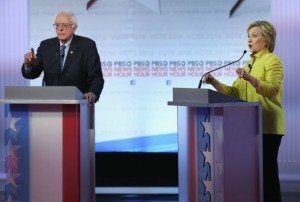 nomination. His momentum comes from out performing polls in Iowa (5.7% leading to a virtual tie in the state) and New Hampshire (5.9% leading to his 22 point victory) painting an early sign that the Sanders campaign has a very effective ground game that turns out his supporters.

If her non commitment to stop all deportations resonates with the Hispanic community in Nevada, it could result in another surprising victory for Senator Sanders, despite him being down in the latest poll that was taken well over a month ago. Which would give him the momentum to either carry or come very close to defeating Secretary Clinton on February 27th in South Carolina Primary. This slight gaffe came at the worse time for the Clinton campaign and it could definitely hurt her going forward.

Senator Sanders would become the clear front runner in the race for the Democratic nomination if he is able to secure victory in both Nevada and South Carolina, putting him on the brink of knocking Hillary out of the race, as the likelihood of her campaign convincing voters of her viability would be nearly non existent. 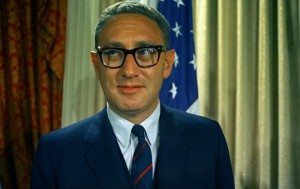 Bernie Sanders’ one perceived weakness is Foreign Policy, his ability to damage Hillary’s judgement was a major victory for him. The Secretary’s ties to Kissinger gives Sanders an additional talking point to go along with Hillary’s “Yes” vote for the Iraq War. Kissinger is directly linked to the deaths of millions around the word from his time as National Security Advisor and Secretary of State. His actions have led to many deeming him a war criminal.

Kissinger is extremely disliked among older Democrats – the one age demographic where Clinton is currently defeating Sanders. Not only is her praise of Kissinger damaging, her somewhat defense of the links to him as well. There is no way older Democrats grimace at the sight of Henry Kissinger being defended during a Democratic Primary debate.

While the link to Kissinger may not be enough to sway every older Democrat to the Sanders camp; it may be enough to sway a few percentage points, which is all Sanders would need across the board to put him in a great position to win the nomination.

It will be very interesting to see the results of the Nevada Caucus on February 20th. This debate definitely will have an influence on the end result.