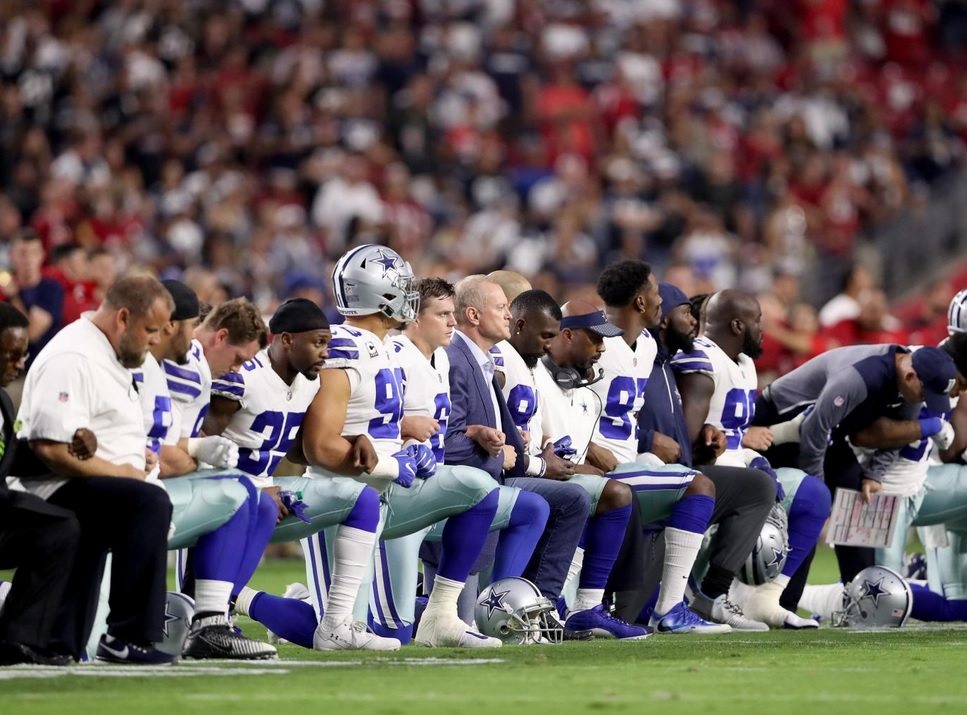 As we found out Sunday, September 24, more professional sports players have decided to “take a knee” against police brutality in the United States. The movement started with Colin Kaepernick’s and has become a huge issue, receiving direct resistance from Donald Trump and conservatives around the United States.

Although it just recently picked up steam, this protest is not a new thing happening in sports.  The move to take a knee during the national anthem before a game, or stand with arms locked in silent protest, follows in a long tradition of sports stars using their platform to stand up for what they think is right.  Unfortunately, some people claim that it is unpatriotic and that politics should be kept out of sports.

When did this all start?

Although it was not immediately noticed Kaepernick’s protest first occurred 13 months ago. The movement started with Kaepernick sitting on the benches during the US national anthem during a preseason game. More recently, Kaepernick started to take a knee in protest saying he was doing so to show more respect for military veterans.

“I am not going to stand up to show pride in a flag for a country that oppresses black people, and people of color,” Kaepernick said in a press conference after first sitting out during the anthem. “To me, this is bigger than football, and it would be selfish on my part to look the other way. There are bodies in the street, and people getting paid leave, and getting away with murder.”

Although many Americans view “taking a knee” as a protest against our veterans and disrespecting our flag, this is an example of the protest being taken WAY out of context. This protest is about taking a stand against police brutality and racism. It is about American police making American citizens feel unsafe in their home country. Diversity is not something we should feel threatened by, but something we should be leveraging. They are not outsiders, they are citizens of the United States.