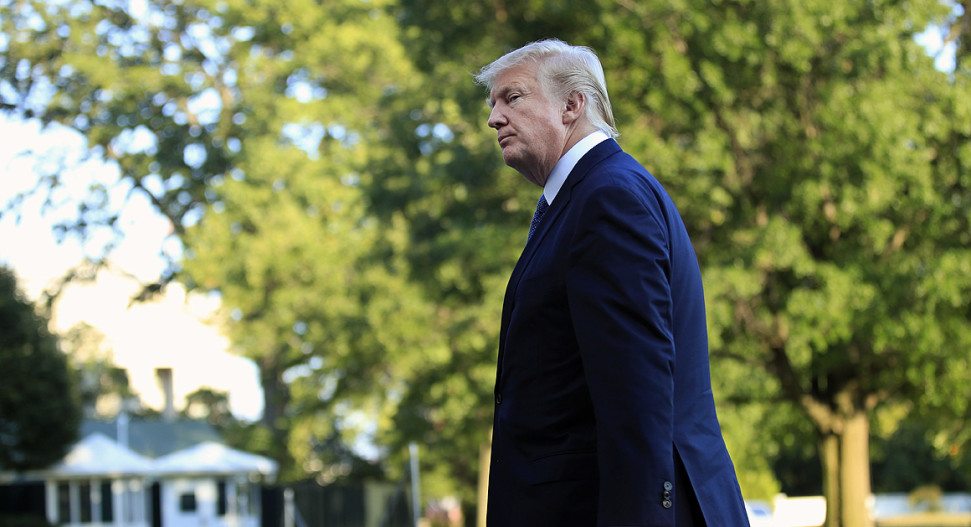 President Donald Trump and his aides are facing intense backlash over their response to Hurricane Maria in Puerto Rico. A week ago the Trump administration continued to praise itself saying that the Maria relief efforts are a “good news story.”

San Juan Mayor Carmen Yulín Cruz responded to President Trump on CNN by saying, “Damn it, this is not a good news story. This is a people are dying story. This is a life-or-death story. When you have to pull people down from their buildings — I’m sorry, but that really upsets me and frustrates me. You know, I would ask her to come down here and visit the towns, and then make a statement like that which frankly it is an irresponsible statement.”

“This is an island surrounded by water. Big water. Ocean water,” Trump said about the U.S. territory, adding later, “We’ve never seen a situation like this.”

While Puerto Rican officials have expressed appreciation for the White House’s outreach, we know it’s not enough. They have made it clear that what has been done so far has been insufficient to meet the needs of the island’s 3.5 million U.S. citizens. Roughly half of Puerto Ricans are still without running water and just 36 of its 69 hospitals are open and have power.

The San Juan mayor said on CNN that it has been logistics, not the presence of supplies themselves, that is the toughest hurdle to clear. She said Friday morning that a day earlier there had been thousands of shipping containers filled with supplies stuck at a port and unable to move. Only recently had those containers started to make their way out of the port, she said.

The situation is more dire in other parts of the island, she said. She continued by relaying her conversation with another mayor who said his people had no food, no medicine. They are also drinking from a creek that they were using to bathe and wash their clothes.