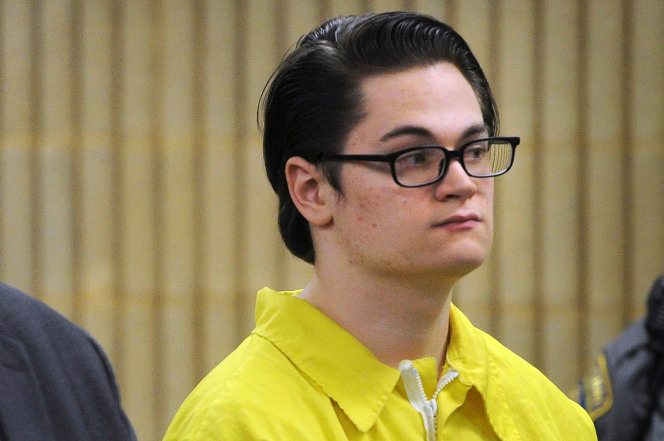 The Connecticut teenager who brutally slashed a girl to death after she rejected his prom invite is going to face a lighter sentence of just 13 years.

State Attorney Kevin Lawlor recommended that Christopher Plaskon get a 25-year prison term for the murder of Maren Sanchez when he gets sentenced on June 6. Under Connecticut’s Lenient Juvenile Justice Act, however, Plaskon would be let go after serving 60 percent of his term.

He’s also already spent two years at a juvenile facility in Cheshire. This means he would walk at age 31.

That day, a bloodbath ensued on a first floor hallway of Jonathan Law High School.

Plaskon spotted Sanchez at about 7 a.m. and lunged at her with a kitchen knife before brutally slashing her face, neck and torso. Witnesses say Sanchez fought back and even bit him.

A teacher tried to pull a berserk Plaskon away from Sanchez, but it was too late. He threw her down a flight of stairs. She bled to death and Plaskon was whisked away to the principal’s office drenched in blood.

“I did it. Just arrest me,” Plaskon later told police.

He also told cops that “demons” had instructed him before the killing. Plaskon was overheard muttering to himself a day or so before the attack. 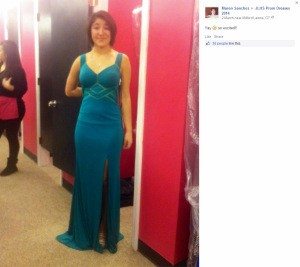 Photo of Maren Sanchez via NYPost

Sanchez told Plaskon that she could not go with him to the prom because she was already going with Jarrod Butts.

Her would-be prom date had been friends with Plaskon and Sanchez since childhood. His jaw dropped when he heard news of the sentence.

“I don’t believe the sentence fits the crime at all,” Butts told the New York Post. “I would have liked it to be for at least 40 years. The pain he caused is not justified by 25 years. I could never see this coming.”

Sanchez’s murder devastated the quiet waterfront community. She was very popular and admired in school. Sanchez was also a member of a national honor society and was a part of the school’s drama club.

Plaskon was an acne riddled teenager with long, slick, black hair. He was obsessed with Sanchez. He later told police that he thought about hurting Sanchez after she turned him down and that he didn’t care if she was “dead or hit by a bus.”