NORWAY – Anders Breivik, a neo-nazi terrorist convicted of killing 77 people, is suing the prison system for “human-rights violations.” A preliminary hearing reveals that the mass-murderer’s ‘prison cell’ offers all the comforts of an average 4-star hotel (including his own computer, plasma-screen TV and PlayStation.) 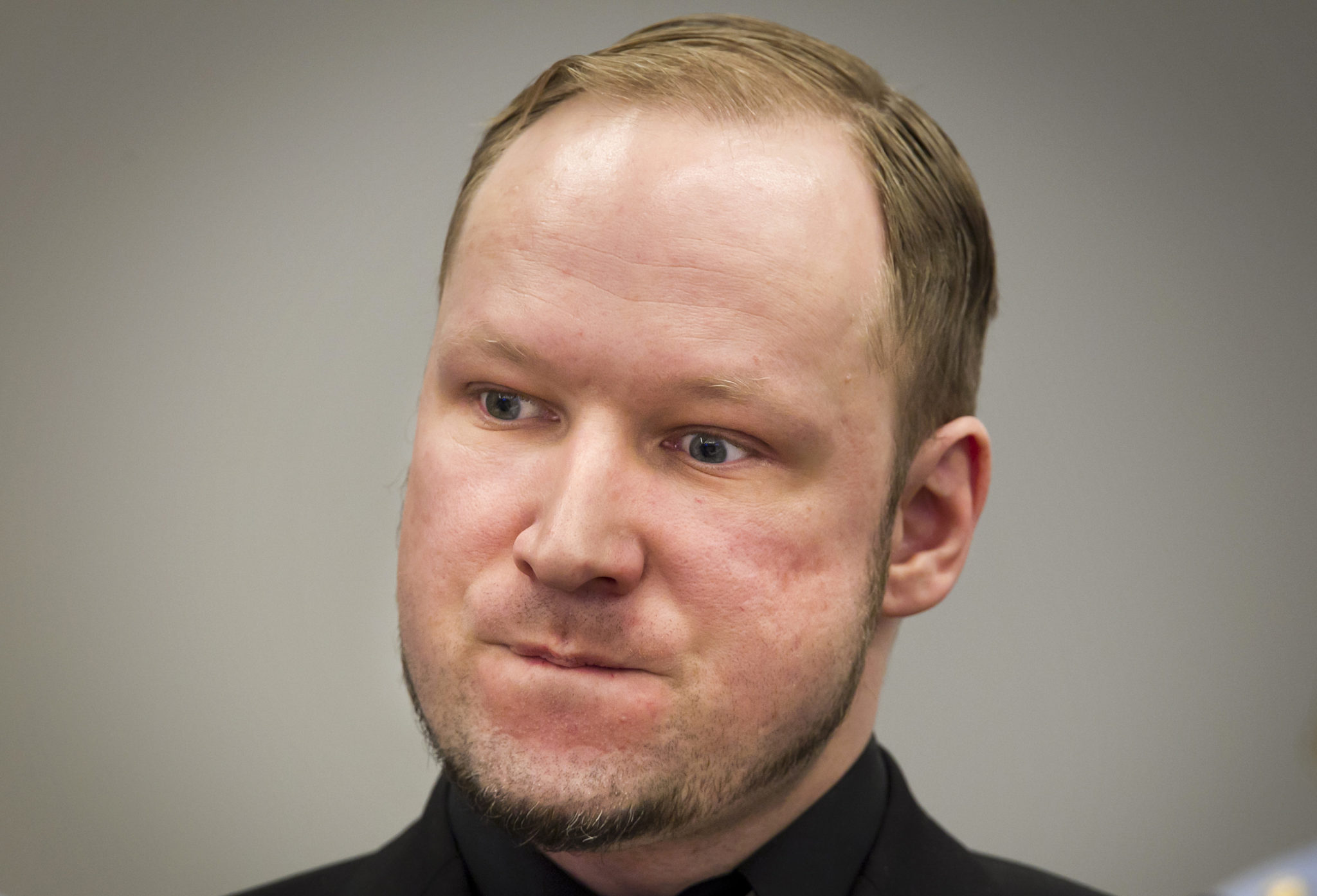 On July 22, 2011, Anders Behring Breivik detonated a car bomb, killing eight people. Hours later, he shot and killed 77 members of a ‘Workers’ Youth League’ (AUF) summer camp, wounding another 312 in the process. And, believe it or not, his story only gets darker from here.

Breivik is not an unstable psychopath – he’s a highly intelligent sociopath. His ‘moral compass’ is broken beyond repair, which explains the systematic, deliberate, cold blooded manner in which he carried out the attack. A comprehensive investigation showed that the July 22 murder-spree was planned out for years in advance and executed perfectly, down to the last detail. The plan includes Breivik’s imprisonment and even the recent lawsuit. 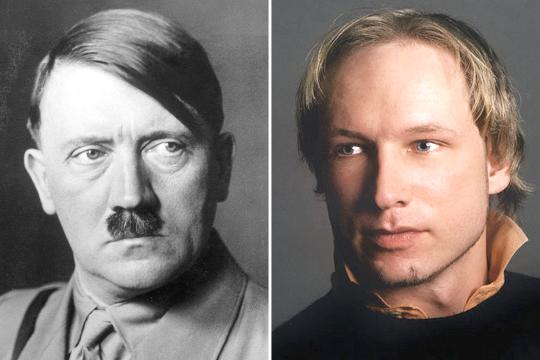 A self-proclaimed Fascist, Breivik started to map out his plan in 2002, following in the footsteps of his role model – Adolf Hitler.

The neo-nazi started transferring money to off-shore accounts in 2004. After making several attempts to buy weapons on the ‘black market,’ he filed for a permit to carry a firearm legally. In 2009, Breivik even bought a small farm under a fake name to use as a base of operations.

On the day of the 2011 attacks, he published his very own Nazi doctrine –  2083: A European Declaration of Independence – to multiple online sources.

And when the sociopath was out of bullets, he took every step to surrender to authorities without provoking them to use force. As a result, he is exactly where Hitler was in 1925 – imprisoned for violent acts committed in the name of a Fascist ideology.

Furthermore, his online hate-doctrine is an obvious projection of Hitler’s Mein Kampf (which gained support while its author was in prison.) The only real difference is that, instead of Jews, Breivek blaims Muslims and feminists for all of Europe’s problems.

The demented terrorist spoke openly about his intentions in 2012, saying he killed all those people as a publicity stunt to promote 2083: A European Declaration of Independence.

How Good Can The Mass-Murderer Really Have It In Jail?

Norway’s jail system is aimed at rehabilitation as opposed to punishment, which is much more prudent in most cases. But Breivik’s heinous, hate-driven act is simply beyond comparison. It was the deadliest event to happen in Norway since World War II. Nevertheless, he still receives all the perks that make Norwegian jail seem like a vacation. 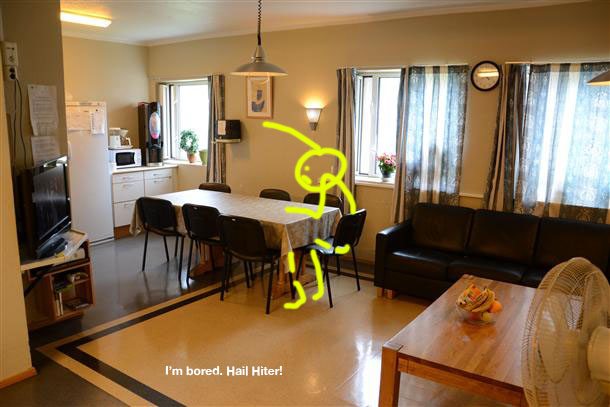 Every day, Breivik cooks his own hand-picked meals in a private kitchen. He then kicks back on the couch, playing PlayStation on a plasma TV. Aside from a personal game-room, the mass-murderer’s “isolation chamber” has access to a nice backyard. His PC isn’t connected to the Internet but he can write as many letters as he wants. 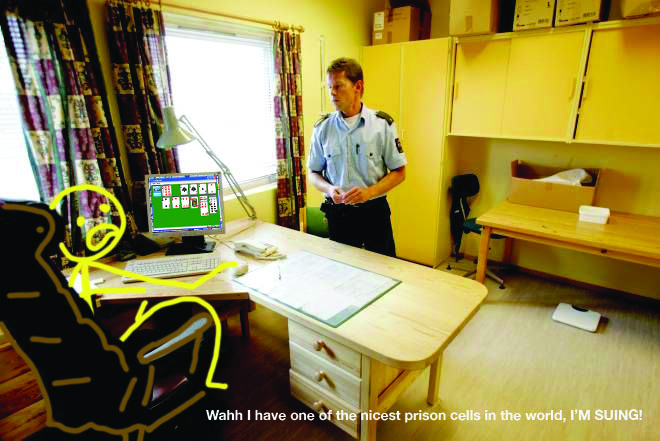 And When Breivik Felt Kind Of Lonely, He Filed a Lawsuit

If anyone deserves “inhuman treatment,” it’s Anders Breivik. Instead, he gets to sue for being held in ‘solitary confinement’ – a separate building, with three modern, renovated rooms as his jail cell. Apparently, there are lawyers disgraceful enough to council the neo-nazi, who remained silent during his preliminary hearing. He walked out after giving a Nazi salute, apparently aimed at the judge. 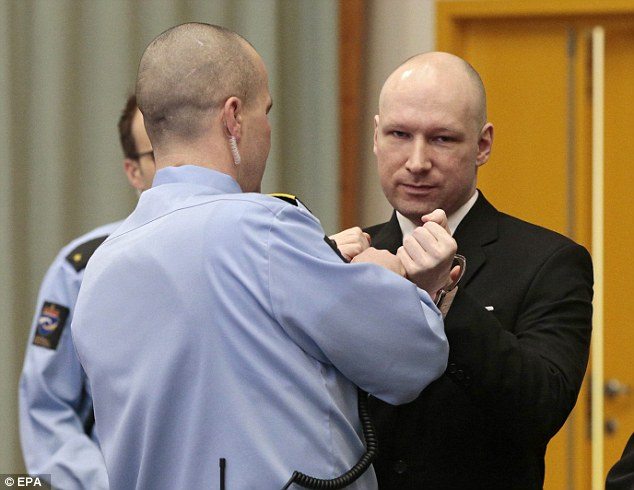 Most European and American prisons are associated with horrible living conditions, psychological trauma and (uncomfortably-true) cliché shower jokes. It’s no secret that many non-violent offenders become hardened criminals during their sentence. And, those who don’t turn to a life of crime are bound not to trust ‘the system’ or their government ever again. 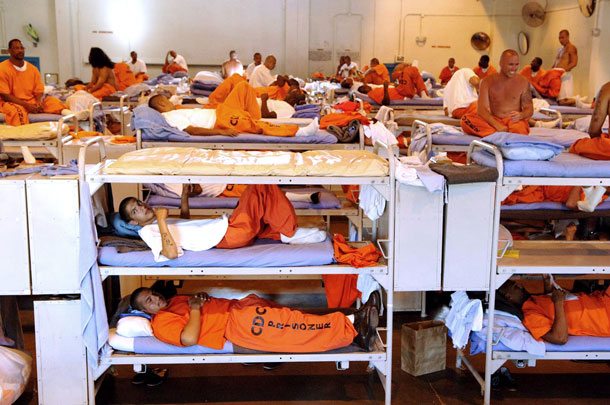 This is a major issue, especially in the U.S., considering we have the highest imprisonment rate in the world. People who commit petty, non-violent crimes shouldn’t be exposed to unreasonably harsh treatment. It’s absurd to think that living side-by-side with convicted gang members, robbers, rapists, murderers and the like can help turn someone into a law-abiding, productive member of society.

And let’s not forget the overwhelming scope of injustice that no one likes to talk about.

Here are a few not-so-fun facts about the U.S. Judicial System:

Will We Really Let him Win?

Breivik’s case couldn’t have come at a worst time then now, when Americans are finally waking up to these harsh realities. Unless awareness spreads far enough, this will become a powerful tool for the multi-billion dollar prison industry. It took their lobbyists much less to hinder countless reform efforts in the past. So, they’ll use every bit of their political influence this time around.

These lobbyists will no doubt have their Washington puppets underline how the neo-nazi maniac would fare if he was jailed in the U.S. Let’s hope society has grown enough to see beyond the “punchline,” at least when it comes to such a vital issue.

As for the Hitler fan – no, he won’t win. But neither will anyone else. This lawsuit is bound to reopen painful wounds for the victims’ families. But Breivik isn’t Hitler, we’re not in 1925 and delusions of grandeur won’t lead to a Nazi Norway.