There have been some awesome movies released over the past few years.

With all of the Super Hero films, The Hobbit trilogy, the new Star Wars, and so many other fantastic films, more Americans than ever are going to the movie theater.

The hardest decision, besides what show to watch, used to be whether you wanted peanut or regular M&Ms. Now, you also have to decide how you want to watch the movie.

Here are some of the most common types of viewing experiences that are available:

2D has been around the longest. The film is shown without the need for the audience to wear special glasses. These theaters also do not need any specialized equipment to show the movie. 2D tends to be the cheapest to watch. 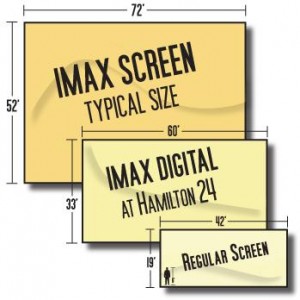 3D movies are shot using special cameras so that the screen appears to have some depth. The audience must wear glasses designed for 3D viewing. This has become a really popular viewing method.

Thepixelpulse.com reports on how to tell the difference between true IMAX and the fakers:

“MAX films were shot on 70mm film stock and are meant to be projected on a screen that showcases all of the detail captured on the massive frames of film. A standard movie is shot on 35mm film stock,” The screens, thepixelpulse adds, should look like this.

These seats are usually found inside 3D theaters. The chairs, or platform, move slightly in-sync with the film to provide an additional sense of the films realism.

D-BOX Technologies Inc. says this about their product: “D-BOX Technologies Inc. designs, manufactures and commercializes cutting-edge motion systems intended for the entertainment and industrial markets. This unique and patented technology uses motion effects specifically programmed for visual content which are sent to a motion system integrated into either a platform, a seat or any other product. The resulting motion is perfectly synchronized with the on-screen action, thus creating an unparalleled realistic immersive experience.”

Dolby.com says this about its product: 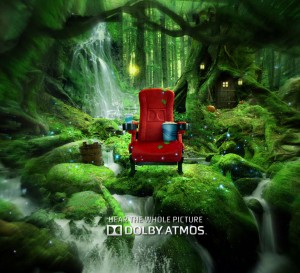 “In Dolby Atmos, by contrast, sound can be freed from channels. It enables artists to treat specific sounds as individual entities, called audio objects. These can be precisely placed and moved by the soundtrack creator anywhere in the cinema’s three-dimensional space—they are not confined to specific channels—though the artist can continue to use channel capabilities as desired. The Dolby Atmos cinema processor then determines which of a cinema’s huge array of front, back, side, and overhead speakers it will use to recreate this lifelike movement.

As a result, a Dolby Atmos soundtrack brings alive the onscreen story as never before possible. The movie’s sounds

flow all around you to completely immerse you in the action, heightening the impact of the story and creating a powerfully moving cinema experience.”

Basically, the sounds of the film are targeted at the audience from specific speakers. This gives you the feeling that something scary is actually behind you.

Most films are produced to be viewed at 24 frames per second, but some modern films, such as the Lord of the Rings and Hobbit movies, were produced to be viewed at 48 or even 60 frames per second. This technique is designed to be less likely to cause eye strain during 3D viewings and easier to follow action sequences. So say goodbye to those
super jumpy Bourne-like scenes. 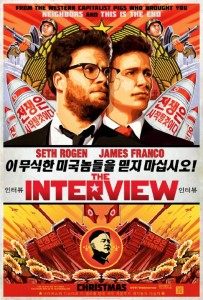 Synchronized Release has never been a favorite of movie theaters. This is when a film is released on online platforms at the same time as it premiers in theaters.

One of the most infamous films that was synchronized release was The Interview. This 2014 comedy was pulled from several large theaters after threats were made implying a terrorist attack would target theaters that showed the film. It was decided that the film would be made available online the same day as theaters, still choosing to show the movie, so that people could watch the controversial film.

Netflix has also used synchronized release for its own movies. Playing them in theaters the same day they are available on Netflix.

No matter how or where you watch movies, always remember the most important part of any movie. Don’t forget the popcorn!