Albuquerque, New Mexico may not be known as a benchmark for innovative governance and charity. But that is all about to change now. Most people relate the city to balloon festivals, and the lawsuit by the woman who burned herself with McDonald’s hot coffee. However, Albuquerque is one the verge of doing something magnificent.

Stephanie Maez, a New Mexico state representative has proposed a bill. According to the bill HB 585 the state will fund a “moving shower” out of old buses. The old bus will be modified to contain shower, bathrooms, toilet and other hygiene services. The budget of the program is $200,000 and will be funded by state’s Mortgage Finance Authority. 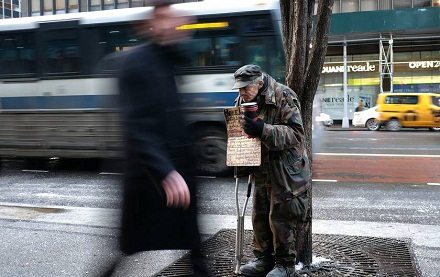 According to a report published in 2013, the city has 1170 homeless citizens; a number some believe has fallen by about 20 in 2016 due to some known deaths amongst the elderly homeless people.

This is not the first time this idea has surfaced. Similar ideas have surfaced in California and Arizona, but till date those are “just ideas”. New Mexico’s Albuquerque is the only city to have passed a bill on the issue. The ball was passed unanimously in New Mexico’s Regulatory and Public Affairs Committee. It is the first proposal in the state that will devote public funds to helping the homeless.

New Mexico’s inspiring initiative comes at a great time, where other states are also looking towards creative efforts to helping the homeless. Last year Madison, Wisconsin proposed an idea of providing one home accommodation to the homeless.

Overall the efforts to unify relief efforts for the homeless are not very well coordinated and unfortunately rarely implemented. In such times, this initiative from New Mexico serves as a shining light. An excellent example for other states to follow.

According to activist Dale Williams, executive director of Midnight Run, a charity organization for the homeless, “it is an everyday struggle for this people to find shelter”. He further went on to add, “Cold and hunger are always an issue”.

The example of Albuquerque reaffirms that these people are homeless but not hopeless.