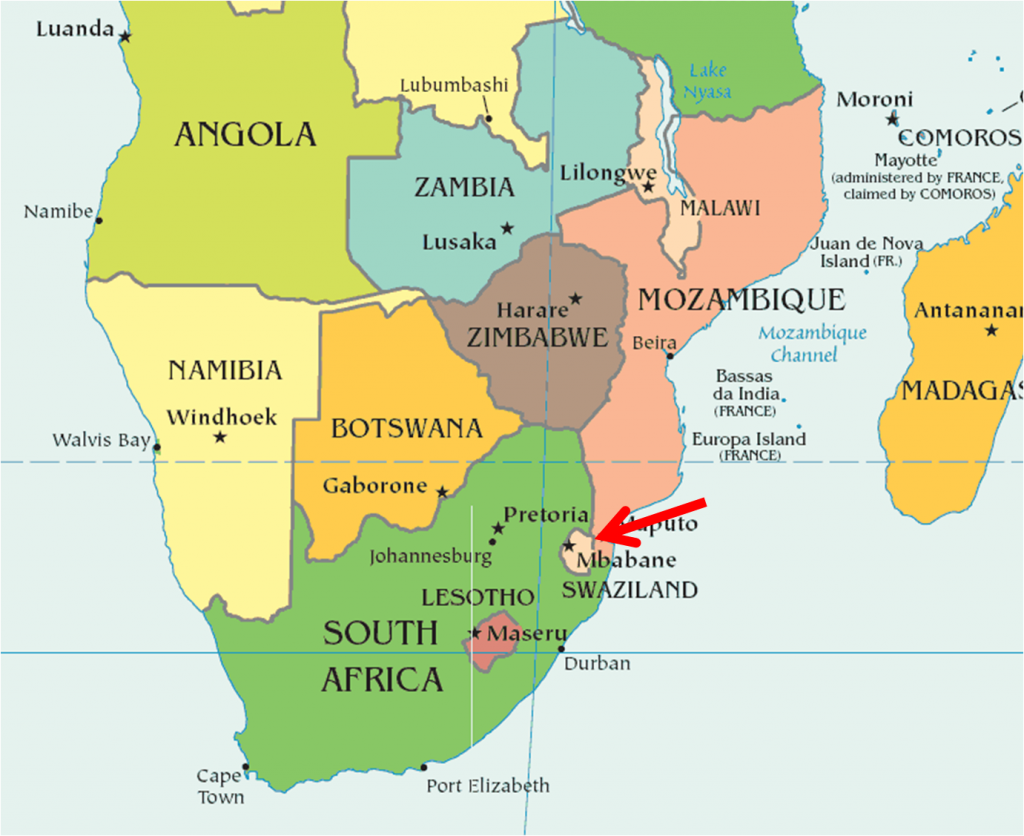 Swaziland is now called “eSwatini,” by decree of the king. The name means “land of the Swazis” in Swati, the language spoken there.

There aren’t many places left in the world where a name can be changed by decree. But in Swaziland, Africa’s last absolute monarchy, the king did during a celebration for his 50th birthday on Thursday. But it’s still a contentious decision: In 2005, the country passed a new constitution that bars ruling by decree.

So the King Says

King Mswati III of Swaziland is an absolute monarch, so what he says goes. But over the course of his 32-year rule, he has mostly gained international attention for how he has spent the royal treasury. While his populace is one of the poorest in the world and has the highest rate of HIV in the world, King Mswati III has fleets of luxury vehicles, two private planes, and dozens of wives.

The name is not new. The King has used it on many previous occasions, including his address to the UN Assembly last year. Whether the name will stick with the locals is another matter. More important still – for the King’s pride at least – is wh4ether the UN will adopt the new name, which could lead companies like Google to follow.

After gaining independence from their colonizers, many African countries opted to change their names to their local language and shake off the ones imposed on them by Europeans. Zimbabwe did that; so did Lesotho, Botswana, and Ghana. But Swaziland, along with Kenya and Uganda, did not. It’s now looking to join the countries that did.

The last country to change its name was Czechia, changed from the Czech Republic. Though the U.N. adopted the change, “Czech Republic” is still widely used in English.

For most of the King’s subjects, however, strong cultural pride is tempered by the dire circumstances in which most of their countrymen live. Most make out a living farming small plots or work in neighboring South Africa’s mines. Life expectancy is a full 12 years lower than it was in the mid-1990s.