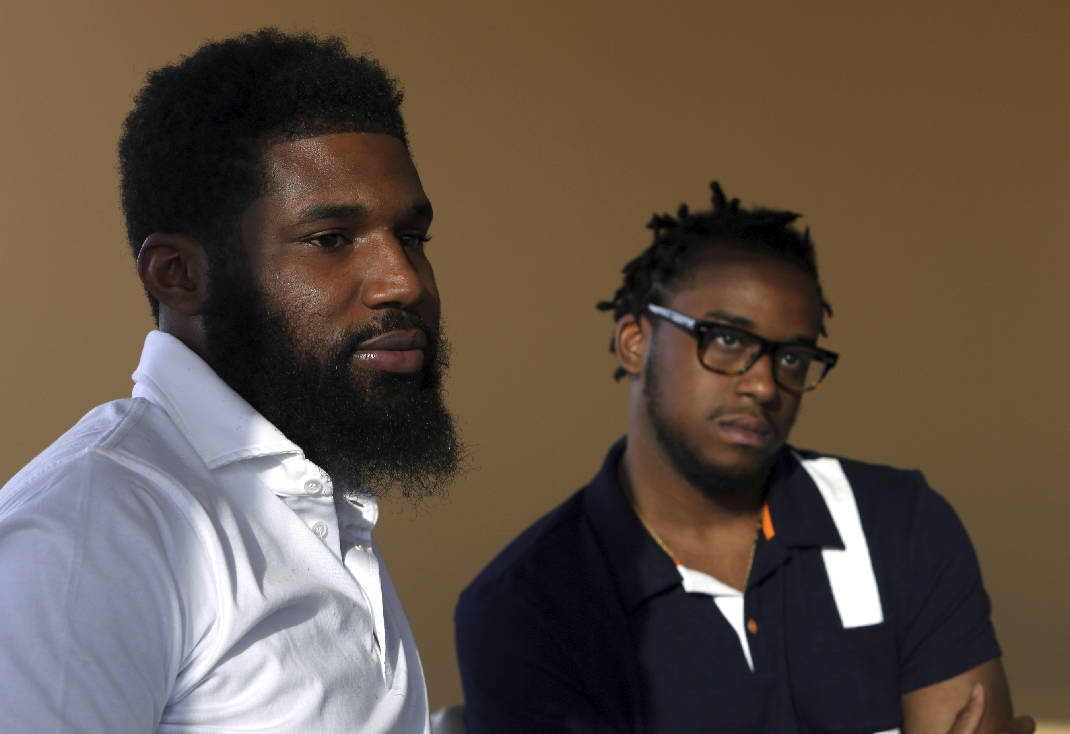 Two black men who contend they were racially profiled before being arrested in a Philadelphia Starbucks said Thursday they were only there for two minutes before a manager called the cops.

Rashon Nelson and Donte Robinson told their story on ABC News “Good Morning America” Thursday, saying it was only two minutes after they entered the shop that the manager called 911 on them for trespassing.

Nelson said he’d asked the manager to use the bathroom as soon as he and Robinson, both 23, arrived at the Starbucks to have a business meeting. She denied him access because he wasn’t a paying customer, so Nelson and Robinson sat down at a table and waited for a third man to discuss a real estate deal, they said.

Within minutes, the manager approached the men and asked if they were ordering anything. The pair told her they were waiting to meet someone. In response, she called the police on them for trespassing.

Several cops arrived and took them out in handcuffs, and it was captured on customer video that went viral, sparking several days of protests outside the shop and online.

“Well, initially, as soon as they approached us, they just said we have to leave. There was no question of, ‘Was there a problem here between you guys and a manager, what happened?’ ”

Yaffe, the man with whom they were supposed to sit down, arrived as cops were arresting the men. Robinson said they were never read their Miranda rights or initially told why they were being arrested.

The CEO of Starbucks Co., Kevin Johnson, called the arrests a “reprehensible outcome” and said he wants to personally apologize to the men, saying the company “stands firmly against discrimination or racial profiling.” But that didn’t stop protesters from gathering Sunday outside the store in downtown Philadelphia where the arrests occurred.

More than 8,000 company-owned Starbucks stores in the U.S. will be closed on the afternoon of May 29 to provide training about implicit bias, conscious inclusion, and discrimination to the chain’s nearly 175,000 employees nationwide.

As with any national news story dealing with race, there will be those who suggest that this situation had nothing to do with race. Some will say that Rashon Nelson and Donte Robinson, both 23, could have prevented the whole thing by simply buying a drink or leaving the store.

Sadly, it’s nearly impossible to convince some people that implicit bias has an impact on the way people are treated. There is plenty of evidence to suggest race was a factor in the Philadelphia Starbucks fiasco.

Two minutes before police were called. Six minutes before officers arrived. Any attempt at a nuanced discussion about store policy feels pretty dumb when you realize Nelson and Robinson barely had time to check their emails before there were cops standing in front of them.