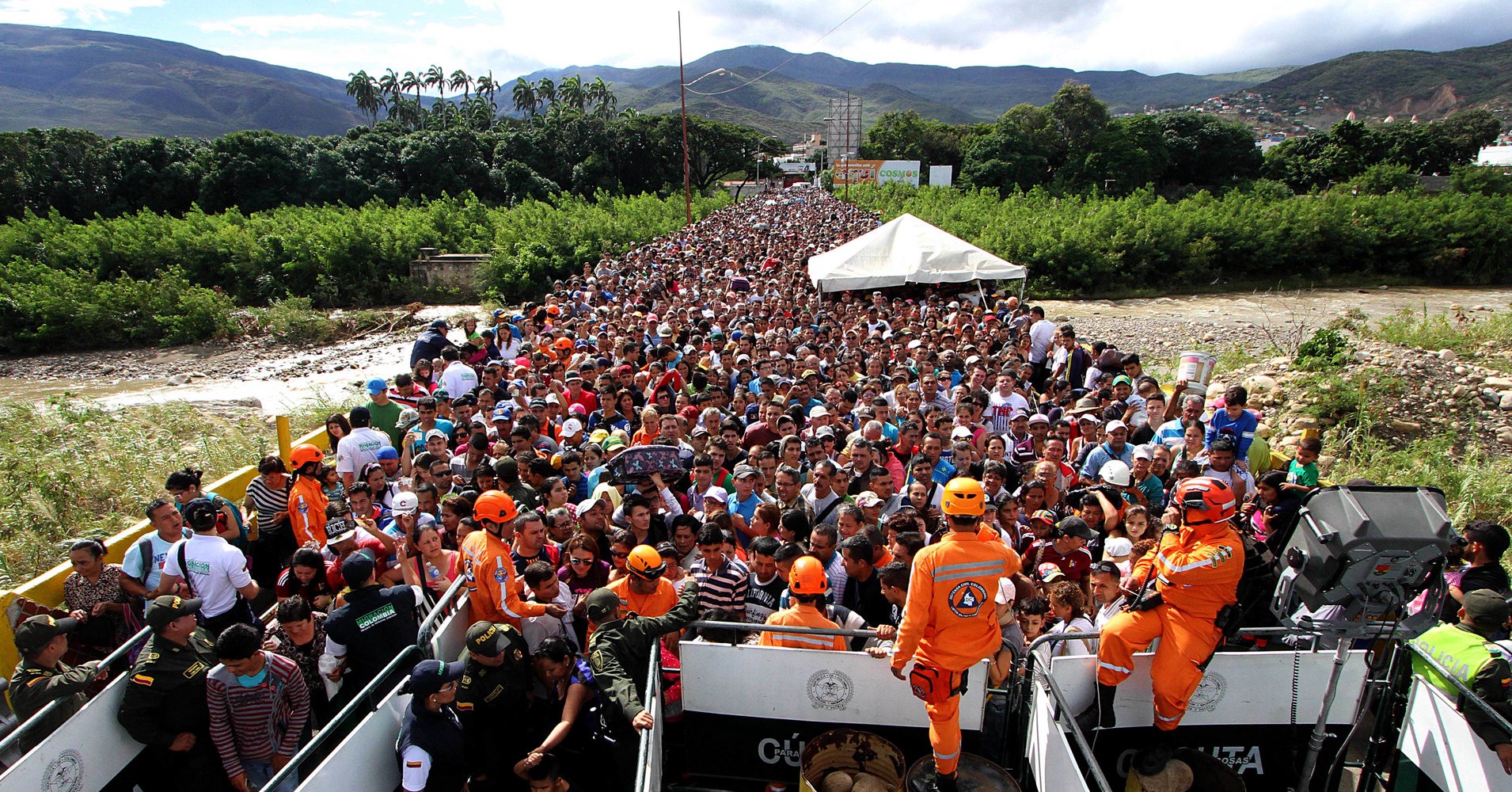 The current mass exodus of Venezuelans into neighboring Colombia, Brazil, and other South American countries has the potential to wreak havoc in border communities and budgets.

Official figures place the number of Venezuelan residents in Colombia at 600,000 and Brazil at around 40,000, with experts estimating the real numbers to be much higher. 10 percent of the Venezuelan population has fled the country.

The dictatorial nature of Venezuelan President Nicholas Maduro’s government is largely blamed for the debilitating state of the Venezuelan economy. This was caused by the rise in government debt, plunge in oil prices and the 2600 percent inflation rate that hit the country in 2017.

Years of rising hunger and violence brought on by Venezuela’s spiraling economic collapse has driven hundreds of thousands of people to Colombia. This green border city of Cucuta, Colombia has transformed it into the unofficial ground zero of South America’s most pressing refugee crisis.

Now, local authorities say, the international community has started to notice, and Cúcuta is set to be the epicenter of the world’s humanitarian response.

International Response in Times of Crisis

Delegations from Switzerland, Japan, Germany, the European Union, and others had toured through to identify funding needs. They were among a growing cohort of other global authorities taking notice of the crisis on Colombia’s border.

A majority of the aid and cooperation is being spearheaded by neighboring countries like Colombia and Brazil. Given the scale of the problem, a regional approach is of vital importance.

Hopefully, over the course of the year, international organizations like the Inter- American Development Bank, and the World Bank will amplify efforts in providing more financial aid to sufficiently mitigate the crisis.

Back home, migrants say, store shelves are empty and many families eat only once a day. People die of curable diseases for a stark lack of medicine. Armed gangs extort and harass freely. Hyperinflation has turned everyone’s savings to dust and made a scarcity of cash, grinding the economy to a stop.
For now, the program has invested its fresh funds in food vouchers for Venezuelan families and funding for charity kitchens in the border area.

In early April, WFP staff stood to watch to see their investment in action, as more than a thousand Venezuelans queued for a free plate of chicken, rice, and beans from the Casa de Divina Providencia, a kitchen of the Catholic Church that has served migrants at the border since last July.

Many in line said they’d eat their only meal of the day there. The kitchen serves 1,000 breakfasts and 1,000 lunches each day, but that barely does it. Servers say they close the doors on a crowd of up to one hundred people still waiting hungrily outside.

Many advocate a plan to survey Venezuelan migrants for their work abilities, then transport them to other Colombian cities where authorities have agreed to accept workers with skills.
Venezuelans at the border said they’d be happy for a chance to get out of Cúcuta.