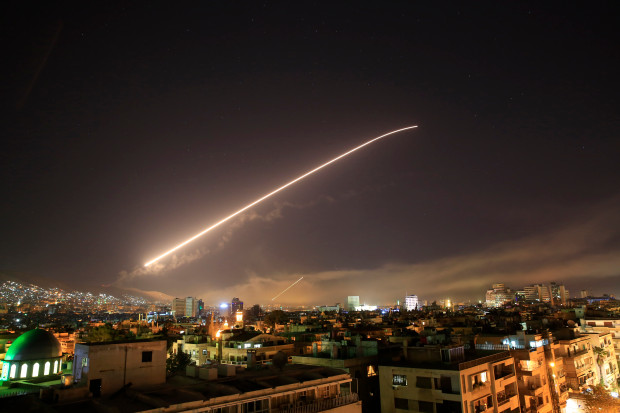 But the World Doesn’t Quite Agree

Although the strikes were supported by NATO’s general secretary, Russia, China, and Iran have condemned them.

Vladimir Putin commented that the strikes are an “act of aggression”, and said that it will exacerbate the humanitarian catastrophe in the war-torn country. Putin’s statement was supported by Iran and China, but other countries. Putin went on to say that the alleged chemical weapons attack in Douma that killed dozens of civilians was fake. “Russian military experts, having visited the place of the alleged incident, did not find any traces of the use of chlorine or other poisonous substances. No local resident confirmed the chemical attack.”

In a later statement, Moscow said they might start supplying S-300 missile systems to Syria following the strikes. They also claimed that Syria was able to shoot down 71 out of the 103 cruise missiles that were launched. They claimed that that the targeted facilities only suffered minor damage.

What the Pentagon has to Say

In a press conference on Saturday morning, the Pentagon said that it had destroyed the targets. This means that they crippled Syria’s ability to make chemical weapons for years.

“Last year the focus was on the delivery. This time, we went — the strikes went to the very heart of the enterprise, to the research, to development, to storage,” said chief Pentagon spokesperson Dana White. “So we are very confident that we have significantly crippled Assad’s ability to produce these weapons.”

Lieutenant General Kenneth F. McKenzie told reporters that 40 missiles were fired by Syria — mainly after the strikes took place. He said that the US cannot confirm where they landed since they were not precision-guided. He suggested that they may have caused civilian casualties.

“The Syrian response was remarkably ineffective in all domains,” McKenzie said. “They had no material impact on the strike.”

How the UK Feels

British Prime Minister Theresa May said she was “confident” the strikes had been successful. Her defense secretary, Gavin Williamson, told BBC Radio 4: “Our service personnel have played an important role in terms of degrading the ability of the Syrian regime to use chemical weapons in the future, but also it sends a clear message to the Syrian regime that they cannot continue to use chemical weapons with impunity.”

UK foreign secretary Boris Johnson said that global powers would not “turn a blind eye” to “vile, sick and barbaric” use of chemical weapons by the Syrian regime. “We are standing up for principle and for civilized values,” Johnson wrote in The Telegraph. “We may not end the barbarism – but we are telling the world that there is one type of barbarism that is banned and that deserves to be banned.”

Syrian President Bashar al-Assad said the strikes had only strengthened their attempt to “crush terror” in the country. He went as far to say that the United States and other Western countries were supporting terrorism.

“This aggression will only increase Syria and the Syrian people’s determination to continue to fight and crush terror in every inch of the country,” Assad said in a phone call to Iranian President Hassan Rouhani. Iranian Supreme Leader Ayatollah Ali Khamenei described the strikes as a “crime,” according to reports.