Seif Eddin Mustafa, Hijacker of EgyptAir plane flight MS181, made a victory sign after leaving court. The suspect was on his way to jail for eight days remand – upon request of Cyprus police. 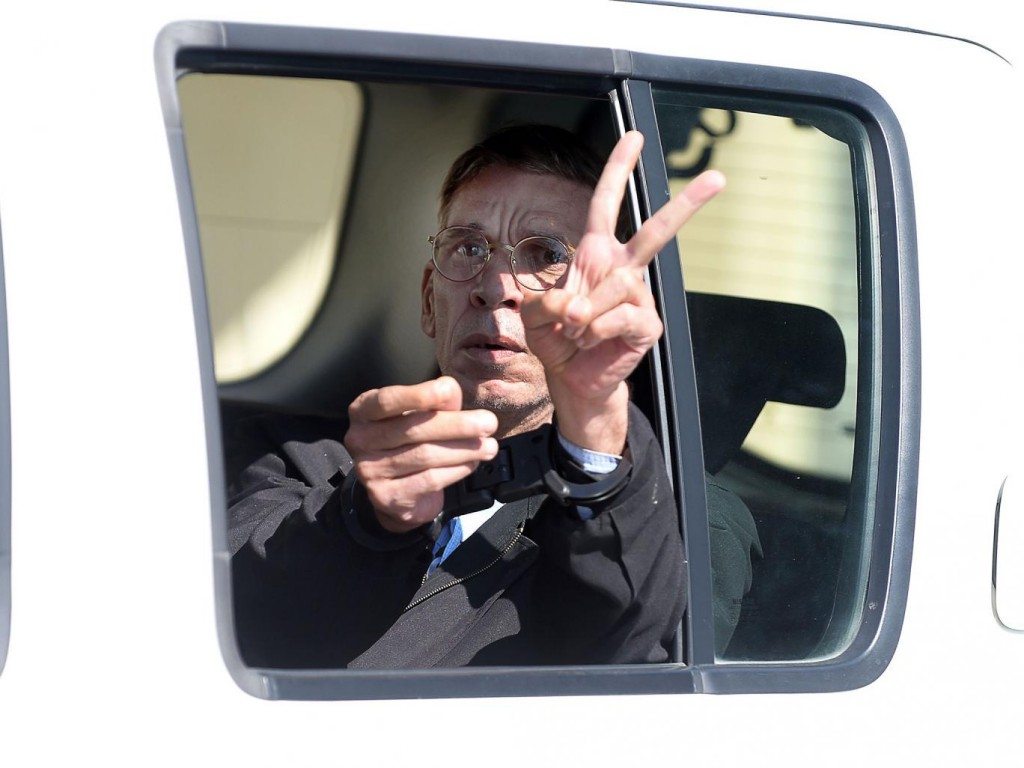 Seif Eldin Mustafa makes the “V” (victory) sign as he leaves the court in Larnaca in a police car on March 30, 2016 (PHOTO: AFP/Getty Images)

Mustafa hijacked a plane carrying 55 passengers on Tuesday. The hijacker diverted a plane from Borg El Arab Airport, Alexandria to Larnaca, Cyprus. Upon seeing a bunch of photographers getting close to snap pictures of him, he made a victory sign.

Seif Eddin Mustafa hijacked the EgyptAir plane on pretext of having explosive on board, they turned out to be fake. Now Mustafa faces a series of charges; hijacking, illegal possession of explosives, public threats and threats to commit acts of violence.

In one of the most bizarre hijackings of all times, Cypriot officials describes Mustafa as “mentally unstable”. He put forward some curious demands among which there was a delivery of letter for his ex-wife and release of 63 dissident women imprisoned by Egyptian authorities.

According to Andreas Lambrianou, the police prosecutor, Mustafa said one of the strangest things you’d expect from a hijacker.

He said, “What’s someone supposed to do when he hasn’t seen his wife and children in 24 years and the Egyptian government won’t let him?”

Apparently, he hijacked a whole plane just to see his ex-wife. That would make a great story for a chick flick – only in real life, such actions are far more gruesome.

According to a New York Times reporter who was covering the court case, Mustafa’s ex-wife doesn’t want to see him.

Justice Maria Loizou, granted the police’s request for eight day detention. She said she felt that the suspect might flee or injure himself or another person.

The hijacking that started at 6:30 AM and last for seven hours, saw all 72 passengers and crew members released. It was a largely peaceful affair. One passenger, British national Ben Innes even snapped a smiling selfie with Mustafa. 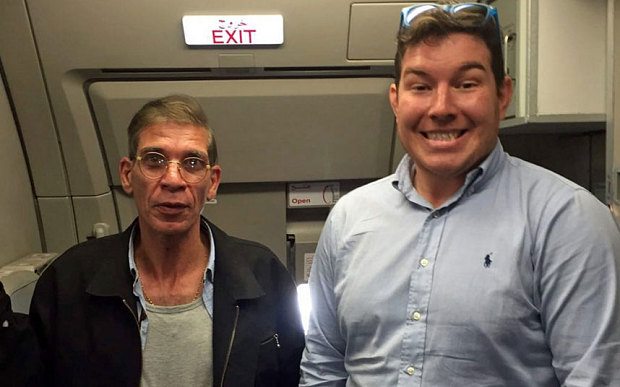 Ben Innes in a photograph alongside the hijacker (PHOTO: Twitter)

According to Lambrianou, some 15 minutes into the flight, Mustafa demanded that flight be taken to Cyprus, from Alexandria. The flight was originally destined for Cairo.

Witnesses said, they could see the suspect wearing an explosives belt, with a detonation button in hand. Initially, he said he will blow himself up if anyone tries to neutralize him. Later, he gave himself up without injuring anyone.

Police found the explosives to be fake. And an investigation has been launched into how someone can carry explosives (fake or real) without detection on an international flight.