Following months of silence, the voice of Osama Bin Laden’s son is echoing amongst jihadists once more. Through a new audio message, Hamza Bin Laden called on the warring Islamist factions in Syria to unite and clash against their common enemies.

“The Islamic umma (nation) should focus on jihad in al-Sham (Syria)… and unite the ranks of mujahedeen,” Hamza said in the message released by the terror group’s media wing. “There is no longer an excuse for those who insist on division and disputes now that the whole world has mobilized against Muslims.”

The only other similar public message Hamza made was delivered in August 2015 when he called for lone wolf attacks against al-Qaeda enemies including the U.S. and France.

But can his voice resonate with divided, war-hardened fighters in Syria? The warzone is littered with militants representing al-Qaeda affiliate Jabhat al-Nursa, The Islamic State, Syrian government forces, and vast rebel groups fighting for power.

Some analysts believe young Bin Laden is just not cutting it.

Hamza also would have to touch base with al-Qaeda branches around the world including offshoots in Yemen and Somalia. 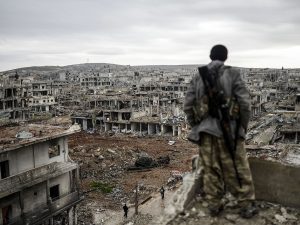 Andreas Krieg, an analysts at King’s College in London, told the Independent that Hamza’s message may have been part of an effort to “ not appear too quiet” in the face of ISIS. Al-Qaeda’s tech-savvy rivals have already resonated with radical Muslims all over the world. They’ve even driven hundreds to try fleeing their countries for the Syrian battlefields.

Krieg also says Hamza has a long way to go before he could step out of his father’s shadow.

“I think Hamza is following Al Zawahiri (current al-Qaeda leader) knowing that he cannot emerge from his shadow just yet – if ever,” Krieg explains. “Being the son of Osama Bin Laden alone does not provide you with kudos in a community of jihadists in which some have been fighting for three decades,” Krieg said.

However, some experts believe Hamza is slowly being groomed to climb the ranks.

Site Intelligence director Rita Katz in 2015 said Hamza was being molded “as a future leader: someone loved and inspirational, without a negative reputation or participation in infighting.”

Hamza’s latest message echoes the views presented in a message released a day earlier by Qaeda leader al-Zawahiri. He also called for unity among warring Muslim groups in Syria. 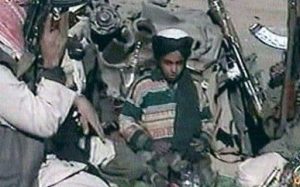 Hamza is believed to be in his mid twenties. His whereabouts are not officially known. His body was not among those recovered from the Pakistani compound where Osama Bin Laden was hiding, before Navy SEALS stormed the complex and slayed the world’s most wanted man in 2011.