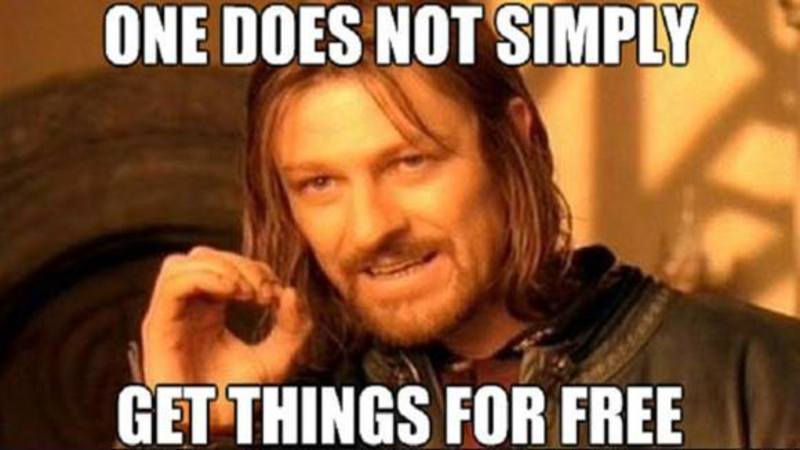 Prepare to feel the burn – in your wallet that is.

A new analysis of Bernie Sanders’ tax plan suggests it would cut the after-tax incomes of tax payers in every income bracket.

The analysis by the nonpartisan Tax Policy Center also indicates the plan would raise federal tax revenue by 34 percent amounting to more than $15 trillion in its first decade.

The self-proclaimed socialist proposes using this revenue to fund his vision of a utopian welfare state complete with universal healthcare and free tuition at public colleges. It’ll also fund family and medical leave.

The Sanders campaign’s narrative so far has been, “Tax the Rich.” And that holds true to a certain degree.

According to the analysis, most of the federal revenue would come from the highest-earning households.

Under the Sanders plan, tax payers in the top .1 percent or those earning more than $3.7 million would see an average increase in tax burdens of more than $3 million in 2017. That’s almost 45 percent of their $6.9 million average after-tax income. 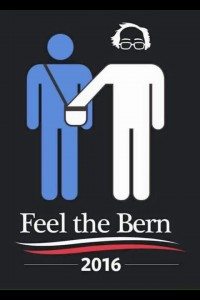 But the rich can’t fund Bernie Land on their own.

“Sanders is clearly betting that people are willing to pay for his expansive new welfare state,” said the Center’s director Leonard Burman. “There’s a giant tax increase, mostly on the rich, but everyone would pay more.”

But wait, there’s even more.

Sanders is also proposing new taxes. These include taxes on financial transactions and “carbon polluting substances,” as well as new payroll taxes on all earnings for employers.

If this tax wave still can’t fund all his promises, the government would have to borrow even more money.

However, a thorough analysis of Bernie’s proposal is extremely difficult since it’s unprecedented.

Although the economists who served on the panel that reviewed Sanders’ tax plan said they’re “generally skeptical” that tax changes can prompt massive economic changes, they’re not so sure about Sanders’ proposal.

“The proposed tax changes on both labor and capital income are very large compared with any tax policy changes since World War II, so the empirical evidence of relatively small effects cited earlier may not apply … there is a risk that the very large tax increases could significantly weaken the U.S. economy,” reads the Center’s report.

According to the analysis, the Sanders plan would “raise taxes on work, saving, and investment, in some cases to rates well beyond recent historical experiences in the United States.”

The Center also analyzed the tax plans of five of the remaining presidential candidates. According to their reviews, the middle class and the top one percent would see income gains under the proposals by businessman Donald Trump as well as Senators Ted Cruz and Marco Rubio. The opposite can be said about the tax plans by Sanders and former Secretary of State Hillary Clinton. 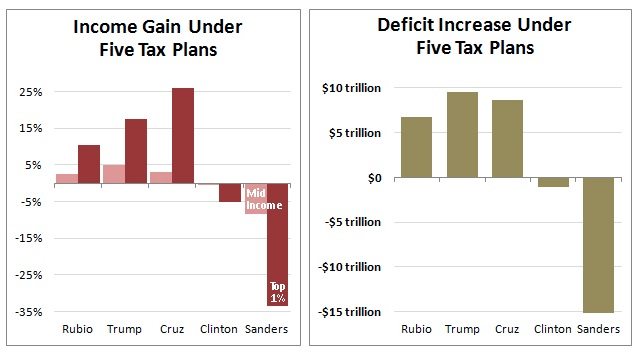 The Center’s reports also suggest deficits would rise under the three Republican contenders but dip under Hillary or Sanders.

However, it’s uncertain whether Sanders’ tax plan has a good chance of being put into action.

Hillary currently has more delegates than Sanders, and she performed better on two recent national polls. She’s also ahead in many states set to vote in the next few weeks. These include the delegate-heavy states of Ohio, Michigan and Florida.