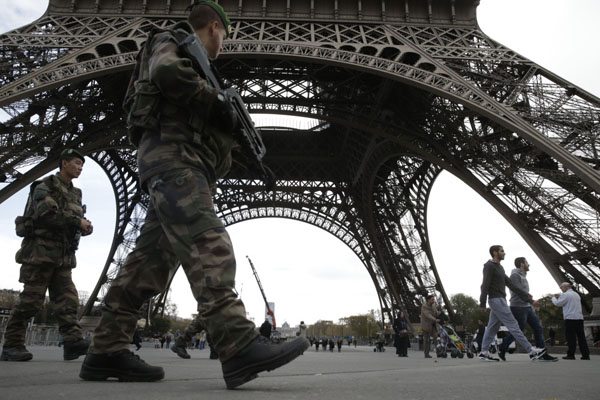 A man was in the “advanced stages” of launching an attack on France before being arrested today, according to the country’s Interior Minister Bernard Cazeneuve.

The French national was arrested in Argenteuil located in the Northern outskirts of Paris. Raids are being conducted and the area is sealed off. Bomb squads and sniffer dogs are at the scene.

“These searches follow an arrest by the DGSI (intelligence services) on Thursday morning that allowed us to stop a planned bombing in France that was at an advanced stage,” Cazeneuve told The Guardian news.

Cazeneuve also said the suspect belonged to a terror network.

Earlier today, the lone surviving suspect in November’s Paris attacks appeared in court. Salah Abdeslam’s lawyer said his client knew nothing about Tuesday’s bombings in Brussels which killed at least 31 people and injured at least 270 people with 60 in critical condition. 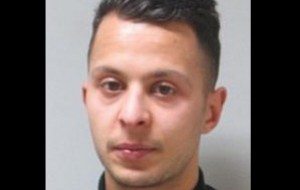 According to Belgian broadcaster VRT, intelligence officials believe Abdeslam was planning a large-scale attack involving mass shootings and multiple suicide bombings. However, he was captured Friday following a raid on a flat in Brussels. That raid ended in a firefight that killed Mohamed Belkaid. Both men and an unidentified attacker apparently were supposed to take part in that attack.

Although Abdeslam denies any prior knowledge of the Brussels attacks, several connections are emerging between the attackers in Paris and the Brussels bombers.

ISIS fighter Najim Laachraoui, who blew himself up at the Zaventem airport, is believed to have built bombs used in both attacks.

Khalid el-Bakraoui, who attacked the Maelbeek train station, used a false name to rent a flat in Brussels. A raid there led to the discovery of Abdeslam’s fingerprints and eventually his capture.

Abdeslam, Belkaid, and Laachraoui were driving together when they were stopped by police on the Hungarian border with Austria in September. The three were allowed to pass. All three were also present during the raid that captured Abdeslam. 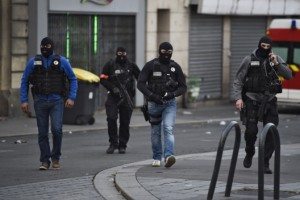 Intelligence officials believe Abdeslam was supposed to be one of the suicide bombers during the Paris attacks. However, he fled to Brussels. There, police believe he was part of an ISIS cell with hideouts throughout the capital.

This cell apparently was planning to attack Belgium on Easter. Its perpetrators may have moved that attack forward out of fear that Abdeslam would blow their cover.

So far, three suspects in the Brussels attacks have been identified. At least one is on the run.

The interior minister said the man arrested in France today was not “at this stage” linked to attacks on Paris and Brussels.