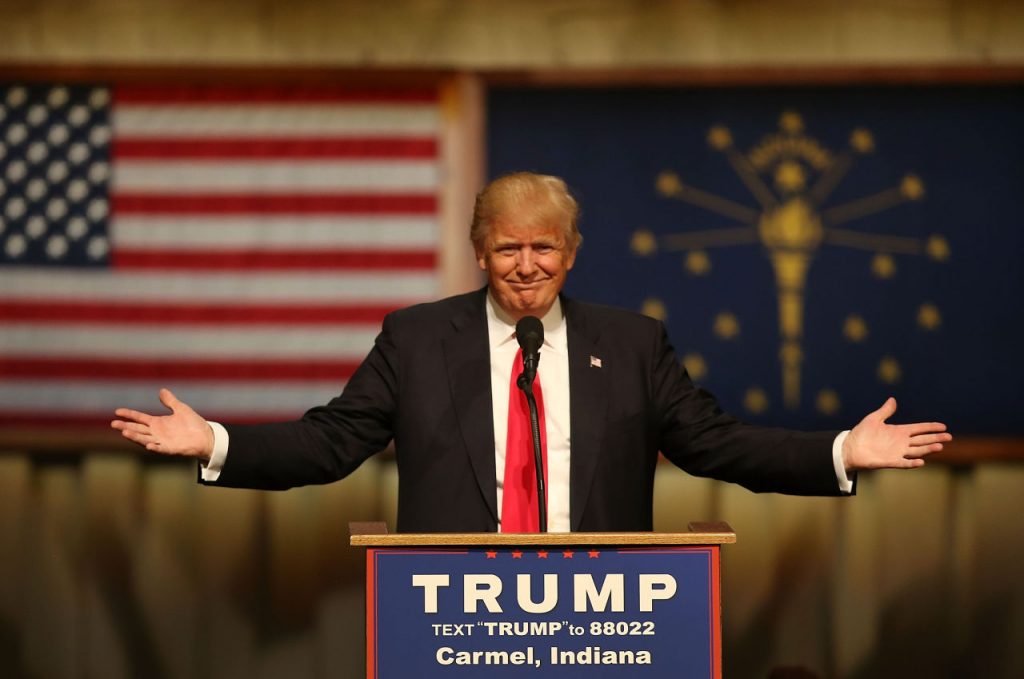 Voting is in its final hours at the Indiana Primary, which could prove to be a crucial battle for the Republican nomination. Presidential front-runner Donald Trump went into the contest with 996 delegates, while opponent Senator Ted Cruz came in with 565.

Trump is the only contestant in the GOP playing field who can score the nomination by securing 1,237 delegates through regular primary voting.

“Indiana is very important, because if I win that’s the end of it. It would be over,” Trump said during a lunch stop Monday in Indianapolis.

Polls favor Trump with a large lead in Indiana, according to the BBC.

“His margins are so big, that he’s now going to net over 100 delegates tonight,” said Meet the Press moderator Chuck Todd. “He no longer has a narrow path to the nomination. He now has a clear path.”

Although Trump can’t claim the nomination with a major victory in Indiana, the win would give the real-estate mogul a huge lead and more room for error in upcoming primaries.

Cruz and Ohio Gov. John Kasich must hold back Trump at Indiana and several remaining states to push the battle into a contested convention, where political insiders can choose the nominee.

Trump spent more time campaigning in Indiana than he has in most other states. The push for the Hoosier State also brought Trump and Cruz into a heated exchange of words. 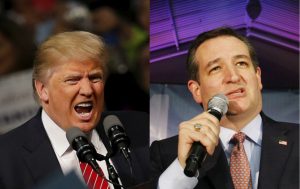 The senator also called Trump a “narcissist at a level I don’t think this country has ever seen.”

“It is only Indiana that can pull us back,” Cruz said.

In a statement, Trump responded to Cruz’s comments by calling Cruz “a desperate candidate trying to save his failing campaign.”

The Cruz campaign may be anticipating a harsh loss in Indiana, according to the Associated Press. Speaking on condition of anonymity, a campaign aide told the AP that campaign officials were told to prepare for a “very somber speech” Tuesday night in Indianapolis. 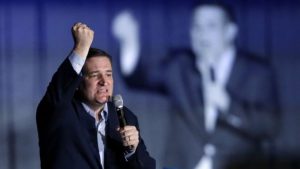 Nonetheless, Cruz has vowed to stay in the race regardless of what happens Tuesday night.

“I am in for the distance, as long as we have a viable path to victory,” Cruz told reporters on Monday during a campaign stop.

Cruz currently is part of an odd alliance with Kasich. The Ohio governor recently agreed to stop campaigning in Indiana to give Cruz the upper hand against Trump. Cruz vowed to do the same in Oregon and New Mexico, which will vote in coming weeks.

The plan may have backfired in the Hossier State, however. Six out of 10 Indiana primary voters disapproved of the alliance, according to a poll by NBC News, the Wall Street Journal and Marist.

“After they made the alliance, their numbers tanked,” Trump said Monday. “That’s what happens when politicians make deals.”

The stakes are not as high over on the Democratic side, where front-runner Hillary Clinton is going head-to-head with Vermont Senator Bernie Sanders. Hillary already has secured 91 percent of the delegates needed to claim the nomination. Therefore, she can earn the nomination even if she loses every contest ahead.

Cruz and other republicans have warned Trump can’t defeat Clinton in a general election. Clinton leads Trump 43 percent to 37 percent, according to the latest poll by NBC News/SurveyMonkey Weekly Election Tracking. The same poll showed Clinton beating Cruz at 44 percent to 30 percent, respectively.