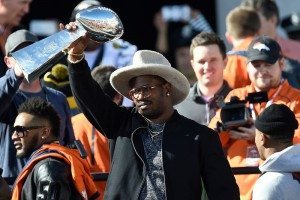 In a game where there were twelve total sacks (Broncos 7 & Panthers 5), seven fumbles (Broncos 3, & Panthers 4), and two interceptions (1 per team) it’s easy to see why Super Bowl 50 was without many offensive highlights. The Broncos were not even able to break two hundred yards of total offense, so why were they able to capture a rather comfortable victory? That answer is simple. 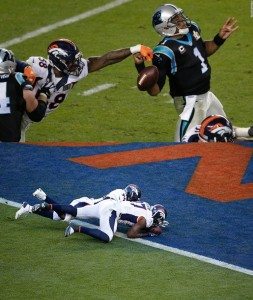 Newton’s two lost fumbles both resulted into touchdowns for the Broncos, exemplifying their dominance throughout the game. Both DeMarcus Ware and Superbowl 50 MVP Von Miller created constant pressure on Newton to match the stellar run defense the Broncos were also able to display. There was little opportunity for the Panthers to build any rhythm. Yet, the Broncos defense wasn’t the only force that held the Panther’s back.

“Well, we tried a lot of different things. We knew those guys coming in were the best we’ve seen and they proved it. They’re fast to the ball, they can rush the passer, they do a good job against the run game. A lot of contested catches. They were contesting our receivers. You throw in the fact that we were just off on some things — had a couple turnovers early, just a little bit off on some other things. It can add up, and unfortunately it looked like that.” -Mike Shula 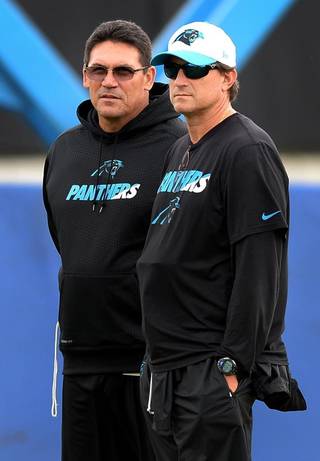 After the first several drives it became obvious to even casual viewers that the game plan on offense needed to be thrown out. Suspiciously, the play calling did not alter much throughout the rest of the game. The Panthers Offensive Coordinator, Mike Shula rarely deviated away from what seemed to be the game plan going into the biggest game of the season. Whether or not this was a direct call from Panther’s Head Coach Ron Rivera will remain unknown to the public, but it was clear his play calling did not do the Panther’s any favors.

However, his assessment of the Broncos Secondary is correct – for the majority of the game, they did not give the Panther’s Receivers much room to operate. Cam Netwon’s favorite target, Tight End Greg Olson was held to only 4 catches for 41 yards in. With the reputation of the Broncos Defense (#1 Total Yards, #1 Sacks, & #4 Scoring during the 2015 Regular Season) it seemed like a great opportunity to get Olson involved in order to keep the Broncos off balance. With Olson not being featured heavily in the offense it does make one wonder as to why. 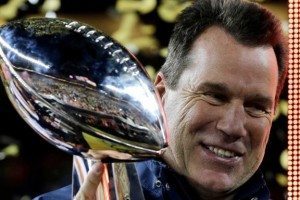 A 24-10 final score barely sounds like a one sided affair, but this game felt as if the Broncos won by thirty. Throughout the Regular Season, the Broncos were carried by their outstanding Defense. Quite frankly, at points during the season the Broncos offense looked as if Tim Tebow was back in Denver – okay maybe not that bad, yet there’s no denying it was anemic during stretches. Peyton Manning is no longer the elite Quarterback he once was and the Broncos played this game with that in mind.

When faced with 3rd and Long situations the Broncos decided to play conservative in order to prevent a stout Panther’s Defense from having the opportunity to create turnovers that would have changed field position. Despite his two turnovers, Manning was really careful with the ball and didn’t force anything down the field, he gave his Defense a chance to win the game.

It’s difficult to not tip your hat to the Denver Broncos Defense as were the main reason they were able to win their 3rd Super Bowl in franchise history.