As beautiful, glorious, and user friendly that Apple products are, they always seem to have too much hype for the newest versions of their products. This time around the Apple iPhone 7 is nearly upon us and scarcely seems worth the big reveal with confirmation of certain leaked updates.

So far the updates in this latest design seem to be confirmed as:

Most of these updates seem reasonable, but… wait? No headphone jack? 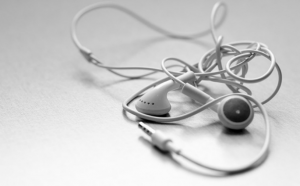 The biggest annoyance that die hard Apple fans have had to deal with in the past has been mostly superficial issues, like glass screens that break far too easily, and ridiculously easy to tangle earbuds. These were annoying things to deal with, but could be fixed. However this new update, to be debuted this upcoming fall will feature permanently untangle-able earbuds… 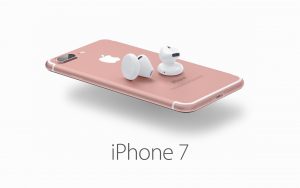 Apple saw a problem and attempted to fix it, but may have actually gone too far this time around. With this new update, the iPhone 7 will no longer have a jack anywhere on the phone for traditional earphones (as you can see in the photo to the left) and will have blue tooth capable earbuds, only, which should come with the phone at time of purchase.

With the leaks came a lot of unhappy buzzing from Apple fans, worried about consistently losing these tiny cord free earphones and having to frequently replace them. Perhaps in an effort to assuage their fears, Apple double backed and made this even more complex and unnecessary by creating an additional dongle that connects where you plug your phone in to charge, with another dongle that then connects to that with a jack, for the traditional, seemingly stone age, headphones from before… what?! 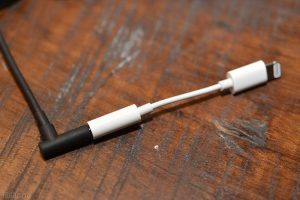 Both cables prove to be equally small and easy to lose, causing us all to collectively slap our foreheads at this supposedly technologically advanced update. Something else to think about, too, is whether it’s possible to charge your phone while using your headphones? That has not been made clear yet, even with the potential for a split cable (that does not come with your phone, mind you).

Additionally, the risks of running your bluetooth 24/7 include small constant doses of radiation from your phone. This proves sticky, since cellphone usage has already been proven to cause certain cancers, (phones kept in bras have been directly linked to breast cancer, for instance). Lastly, there’s the potential for security risks that you’re leaving your phone vulnerable to. Devices left on bluetooth are easier to hack into, causing owners to unknowingly share sensitive information like credit card accounts, or even receive viruses. 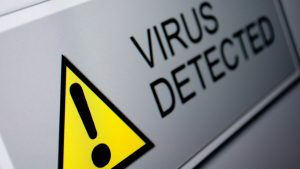 Many people love and swear by Apple for how difficult it is to hack into, but the risk is still there as technology advances, and hackers wise up. Is the chance worth the risk?

We can only wait for the release of the iPhone 7, coming this Fall, to confirm or deny these potential issues.