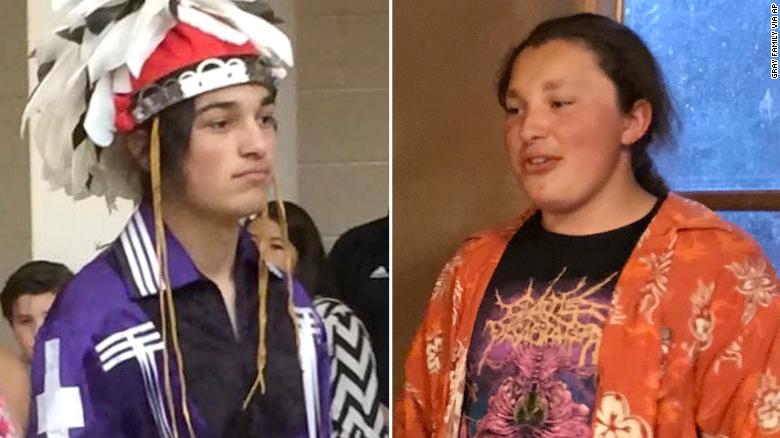 Two Native American teenagers were removed from a Colorado State University campus tour and questioned by police. Why may you ask? A woman on the tour called 911 because they were “real quiet” and she believed they “don’t belong.”

After getting lost on an unfamiliar campus, Kanewakeron Thomas Gray, 19, and Skanahwati Lloyd Gray, 17, joined a campus tour group on Monday. They had registered for the tour about a week before. About 15 minutes into the tour a frightened white woman decided to call 911.

In audio released by CSU police, the woman who called 911 can be heard telling the operator, “They’re definitely not a part of the tour and their behavior is just really odd.” She went on to say, “they won’t give their names and when I asked them what they wanted to study, like everything they were saying, they were lying the whole time.” The caller has been identified as a 45-year-old white woman, whose name is redacted.

The woman went on to describe their clothing as having “weird symbolism or wording on it” and, asked by the operator if they were white males, she said, “I think they’re Hispanic. I believe, one of them for sure, he said he’s from Mexico.”

The brothers, both musicians, and heavy metal fans were wearing black band tees on the day. The teenagers said that they had saved up money for weeks to make the seven-hour trip. They were excited to see the campus partly because it’s near Denver’s live music scene.

“I was just thinking, what did I do to get in trouble,” said Skanahwati Lloyd Gray, a senior at Santa Fe Indian School. “It makes me pretty pissed because I wasn’t doing anything. I was just acting like my normal self and I feel like I didn’t deserve to be taken off just for that.”

He said he arrived on the campus with his brother, a freshman at Northern New Mexico College, and checked in with one of the admissions offices. They were told to join the tour, which was in progress.

Colorado State University administrators apologized for the incident. The university’s president, Tony Frank, said the school has reached out to the family offering a full refund of the brothers’ costs and a full expenses-paid make up tour of the campus.

“Two young men, through no fault of their own, wound up frightened and humiliated because another campus visitor was concerned about their clothes and overall demeanor, which appears to have simply been shyness,” Frank wrote. “The very idea that someone – anyone – might ‘look’ like they don’t belong on a CSU Admissions tour is anathema.”

Frank said the school is reviewing its policies, starting with name tags for tour group members and having campus tour guides inform tour groups that they should approach guides with concerns first before calling law enforcement.

Franks writes that these are steps designed to address the issues of this specific incident but, he writes, “I worry even more about the big strides we need to make as a culture and a campus.”

“There is no place for hate at Colorado State University, and we will not be silent when we see it,” he writes.