From the director of The Cove, a massive new documentary had been created and in one weekend was watched by 6.6 million people on TV.

Racing Extinction has had an incredible year. First premiering at Sundance Film Festival in January of 2015, Louie Psihoyos’ most recent film went onto showing at seven other major film festivals around the world by the end of 2015.

After a short stint in American movie theaters, the film was purchased by Discovery who made the television premier in December. Deadline.com reports that the documentary was viewed by 6.6 million Americans over encore showings that weekend. Which “makes (Racing Extinction) the most watched cable documentary film premiere in more than three years.”(deadline.com) 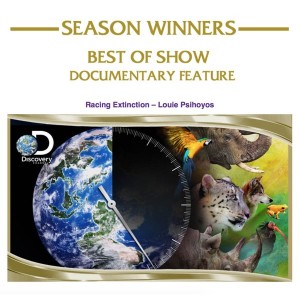 The Impact Documentary Awards in 2015 selected Racing Extinction as “Best in Show”.

The Racing Extinction press kit provides this synopsis of the film:

“Scientists predict that humanity’s footprint on the planet may cause the loss of 50% of all species by the end of the century. They believe we have entered the sixth major extinction in Earth’s history, following the fifth great extinction which took out the dinosaurs. Our era is called the Anthropocene, or “Age of Man,” because evidence shows that humanity has sparked a cataclysmic change of the world’s natural environment and animal life.  Yet, we are the only ones who can stop the change we have created.

The Oceanic Preservation Society (OPS), the group behind the Academy Award®-winning film THE COVE, is back with the new groundbreaking documentary RACING EXTINCTION. Joined by new innovators, OPS brings a voice to the thousands of species teetering on the very edge of life.

This highly charged, impassioned collective of activists is out to expose the two major threats to endangered wild species across the globe. The first comes from the international wildlife trade, and the bogus medicinal cures and tonics that are marketed to the public at the expense of creatures who have survived on this planet for millions of years. The second threat is all around us, hiding in plain sight. It is a hidden world of carbon emissions and acidified oceans that are incompatible with existing animal life. It is a world, revealed with state-of-the-art photographic technology, that oil and gas companies don’t want us to see. 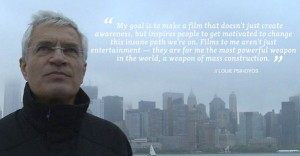 Director Louie Psihoyos has crafted an ambitious mission to clearly and artfully pull into focus our impact on the planet, while inspiring us all to embrace the solutions that will ensure a thriving, biodiverse world for future generations.”

The main purpose of the documentary is to raise awareness for the sudden and increased loss of biodiversity that the planet faces. The film addresses several of the biggest challenges facing the environment and endangered animals. 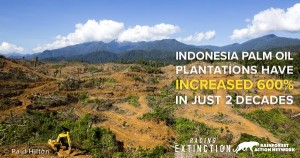 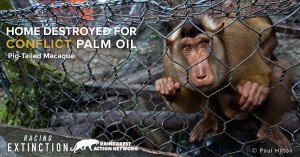 Racing Extinction brings up the rapid loss of habitat that many creatures face. Palm Oil is a regular ingredient in snack foods, such as prepackaged chocolate chip cookies. With the increased demand for such products and packaging palm oil production has seen an massive increase in business over the past few decades. This has led to deforestation throughout Indonesia and other palm oil producing nations.

Many endangered animals such as the macaque and tigers have their homes and seen a significant decrease in population sizes as a result of palm oil production.

The documentary also addresses other ways that habitat loss occurs, such as ocean pollution and human encroachment for larger cities and farms.

After producing the highly-controversial documentary, The Cove, Psihoyos was exposed to the massive market for illegal meat. The film even nods to a sting-operation in California that led to a restaurant closing after it was discovered that they were selling whale meat. Whale meat is illegal in the US.

Over-harvesting is another serious problem. Particularly in the film, the shark market was displayed as a major contributor to the over-harvesting issue. Sharks, almost exclusively shark fins, are a part of a popular soup in Hong Kong. Sharks are, at least pictured in the documentary, brought onto boats were the fins are removed. The film shows the still living sharks dumped back into the ocean to drown.

Whether illegally obtained or over harvested the meat market has led to major destruction of biodiversity as a result of faster shipping, global tastes, and increased population. But taking on violators can’t only be the responsibility of governments and animal rights groups. If people stopped buying the products, the people in these markets would not be able to sell their products anywhere. 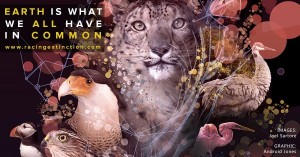 Psihoyos says, “the more endangered it is, the more you have to go to the backrooms. Wildlife trade is second only to the drug trade.”

The documentary was designed to be a call to action. But most of the population just doesn’t care. Increased education and simplifying ways for people to become better global citizens is the best way to fix the situation.

If you have to see these animals in a zoo to feel a connection, or projected onto a building, or shown in a television show, then you are probably suffering from apathy as well.

Psihoyos said, according to Rolling Stone, “It’s hard to remember how recently the smartphone came out – we were typing A three times to get to C.  Now we’re all connected at light speed. Five hundred years from now, nobody is going to care who the president of the United States was. They’re going to say we were the generation who knew what was going on. And if we don’t do anything, we won’t be forgiven.” 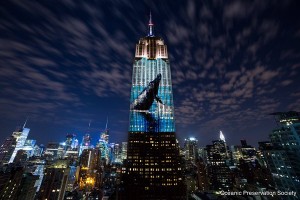