A Weekend of Discontent

On Saturday a group of protestors blocked an Arizona street that led to the location of Business Mogul, Donald Trump’s Phoenix rally. Controversial Sheriff Joe Arpaio appeared at the rally with Trump, Arpaio became famous for his extremely hardline stance on immigration; Arizona Governor Jan Brewer also spoke at the event. The organizers were able to garner over 25,000 Facebook signatures in support of their anti Trump message. Trump supporters came face to face with the protesters, reports say one protestor rammed their vehicle into the protestors blockade. Several protestors would end up being arrested.

Saturday also saw protestors come together in New York, the group would march to Trump Towers on Fifth Avenue. Their message was very similar to those protestors in Arizona, they were displeased with the rhetoric Trump uses against immigrants and refugees. One sign in particular read, “Will trade: one Donald Trump for 25,000 refugees.” Various reports have stated that at least one protestor in New York was seen being apprehended by police. 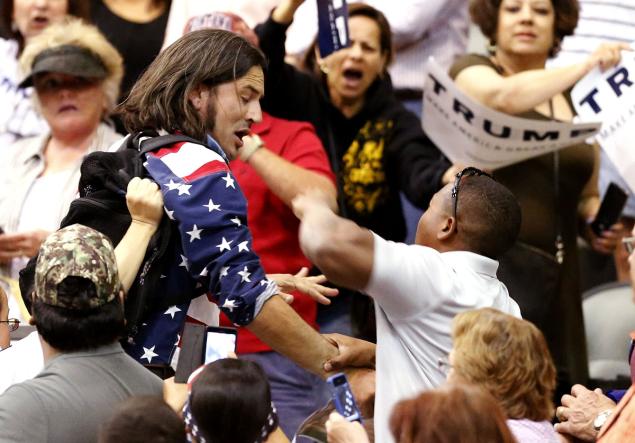 Again on Saturday at a Trump rally in Tuscan, Arizona protestor Bryan Sanders was assaulted for speaking out against Donald Trump – allegedly by Tony Pettway while he was being led away.  Sanders underwent a ten second barrage of kicks after he fell to the ground after taking a punch to the face before security was able to break up the disturbing scene. 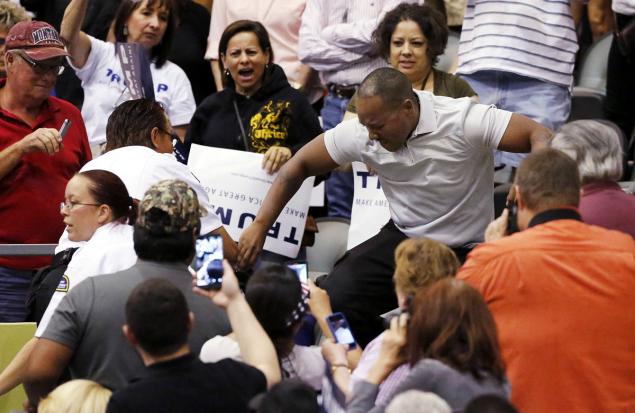 Pettway now faces Misdemeanor assault charges for suspicion of attacking Sanders from the side. Sanders was holding a picture of Trump with a Confederate flag over his face as he was being led away before the assault took place. Sanders later told New York Daily News that he holds no ill feelings towards Pettway – his main concern is that he felt nobody would have intervened if not for security.

Unfortunately, incidents of violence by Trump supporters have escalated over the last few weeks and there is no way to predict what will occur next at one of his rallies as anti Trump sentiment continues to grow throughout the country.