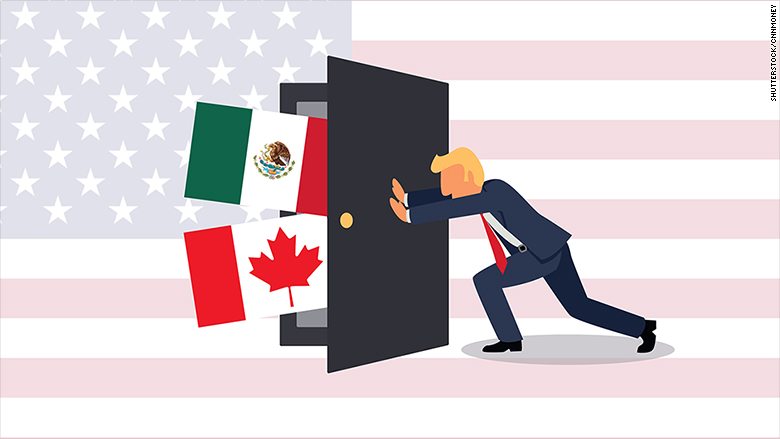 We all know that President Trump has been “America First” since day one. So much so, that he has focused NAFTA negotiations towards killing the “worst trade deal ever”. We know for a fact his agenda is focused on preserving American manufacturing jobs… but is killing NAFTA going to backfire?

The day before the last negotiation, Commerce Secretary Wilbur Ross wrote in The Washington Post about a $70 billion trade deficit between the U.S., Mexico, and Canada. (A trade deficit is the gap between the goods and services America exports to its trading partners and those it imports from them) He wrote about how this trade deficit was costing America jobs now more than ever before.

How you may ask? Ross was claiming that the percentage of U.S. content in manufactured goods coming to America from Mexico and Canada have fallen between 1995 and 2011. What was even worse, in his view, was that these non-American goods weren’t even made in Mexico and Canada. This meant that, in his veiw, NAFTA is bleeding jobs not only from America, but from North America. So from this point of view, the entire purpose of the NAFTA agreement is defeated.

What many did not realize is that there are HUGE holes in Ross’ zero-sum analysis. Which is what costs us big time during the negotiation that happened the day to follow.