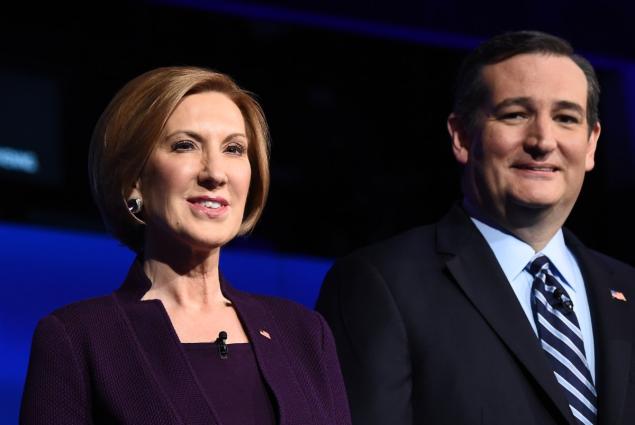 After enduring a huge loss at last night’s primaries, Republican presidential candidate Ted Cruz is showing no signs of slowing down. Instead, he did something a presidential forerunner hasn’t done in decades. Ahead of the Republican National Convention, he announced his pick for vice president if given the nomination.

Cruz formally made his announcement Wednesday afternoon in front of a cheering crowd in Indiana. The state will hold its 2016 presidential primary on May 3.

During their speeches, both conservatives took jabs at their political opponents.

“Trump and Hilary are two sides of the same coin,” Fiorina told the applauding crowd. “They’re both liberals.”

Both also acknowledged speculation that Cruz could nab the GOP nomination.

“They said ‘wouldn’t it be easier to just give up’?” said Cruz, citing the media.

But, they decided to press on.

“This is the fight for our time and Ted Cruz is leading that fight,” Fiorina said. “It is time to take our country back.” 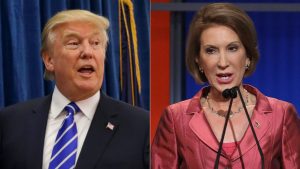 Earlier today in an interview with Fox and Friends, Trump was asked about the situation before it became official.

“Well, I think it hurts him [Cruz]. I can’t imagine he does it,” Trump said. “First of all, he shouldn’t be naming anybody because he doesn’t even have a chance. Naming Carly’s dumb, because Carly didn’t do well. She had one good debate — not against me by the way, because I had an unblemished record of victories during debates — but she had one victory on the smaller stage and that was it.”

Trump echoed this view in an interview with Good Morning America.

“Carly did not resonate,” Trump said.

So, does Cruz stand a chance now with Fiorina by his side?

The Texas senator has some hurdles to cover.

During his Indiana speech, Cruz said nobody is getting the 1,237 delegates needed to claim the nomination. 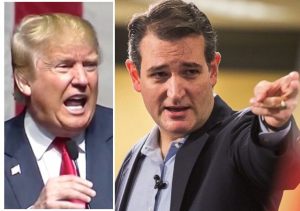 Cruz’s move to select Fiorina this early in the game is unconventional, but not unheard of. In 1976, Ronald Reagan named Sen. Richard S. Schweiker as an early running mate in his bid to beat President Gerald Ford. The move ultimately proved futile as Ford won the nomination in 1976.

Fiorina launched her business career as a secretary before becoming the CEO of Hewlett-Packard in 1999, when she became the first woman to run a Fortune 200 company. She also served as chair to the CIA’s External Advisory Board.