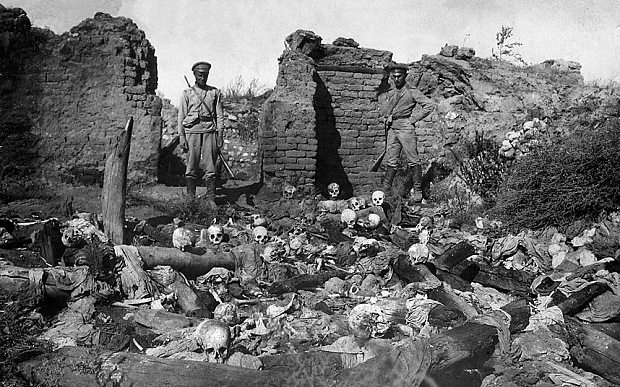 The beginning of the Armenian Genocide is dated at April 24, 1915 and resulted of the death of upwards of 1.5 million Armenians – carried out by the orders of the Ottoman Empire. Specifically the horrific events are largely believed by scholars to have been developed by the Three Pashas.

Grand Vizier, Mehmed Talaat Pasha; Minister of War, Ismail Enver Pasha; and Minister of the Navy, Ahmed Djemal Pasha all played a major role in the atrocities – Ismail being the only one to not be assassinated later by Operation Nemesis Operatives seeking revenge.

The propaganda led campaign of hate and fear led to many disturbing incidents of murder from forced marches into the Syrian desert, violent rape, concentration camp imprisonment, mass burnings, mass drownings, and forced drug overdoses were just some of the horrors inflicted upon the Armenian populace.

As  of 2015, 29 countries and 44 states have recognized the events as genocide. Ronald Reagan was the last sitting United States President to state the events as such. 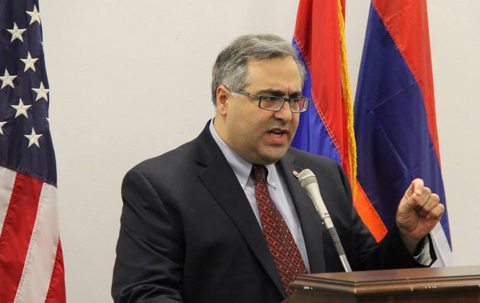 President Barack Obama vowed to recognize the Armenian Holocaust as genocide during his 2008 campaign – yet has neglected to do so despite pushing from Armenian Americans to do so. Many feel this is due to the ties the United States has with Turkey:

Politics could definitely play a role in the terminology as Turkey is an ally despite rumored linking to ISIS within the Turkish government. Currently, President Barack Obama is trying to garner support in the region to build a coalition to fight the terrorist organization – a coalition that Turkey has not shown willingness to join.

It is unlikely Turkey will hasten their resolve in fighting ISIS after President Obama denied to label the events as genocide; which begs the question, why does President Obama not just state the obvious?