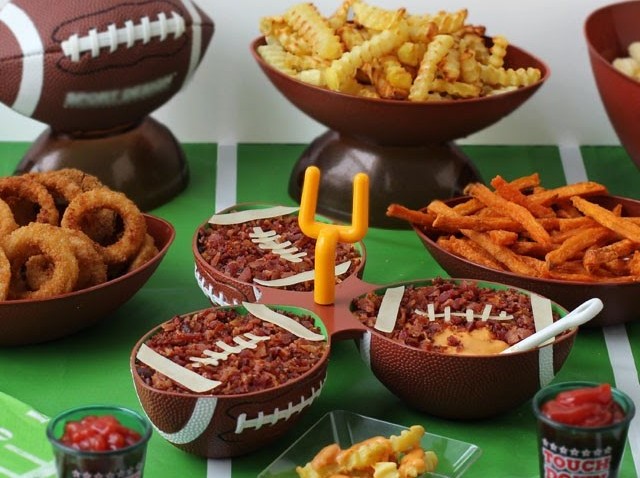 Super Bowl 50 may be the sports event of the decade but the Broncos and the Panthers weren’t the only ones sweating in preparation for February 7. For this year’s game-day party hosts, the pressure was just as high. Super Bowl Sunday is pretty much a national holiday for most Americans. And, just like any other holiday get-together, a Super Bowl party is only as good as the food – people come for the game (and the commercials) but they stay for the snackage.

This year, hosts all around the country raised the bar for game-day snacks. The customary mini hot dogs, sliders and dip will never again be enough to fill a holiday table on Football Sunday. Everyone tried to impress their guests but some Super Bowl feasts were especially memorable. Each was unique in some way, yet a few common factors were shared by all the best snack buffets and, thanks to Instagram, the rest of us could learn from them. So, what did we learn? 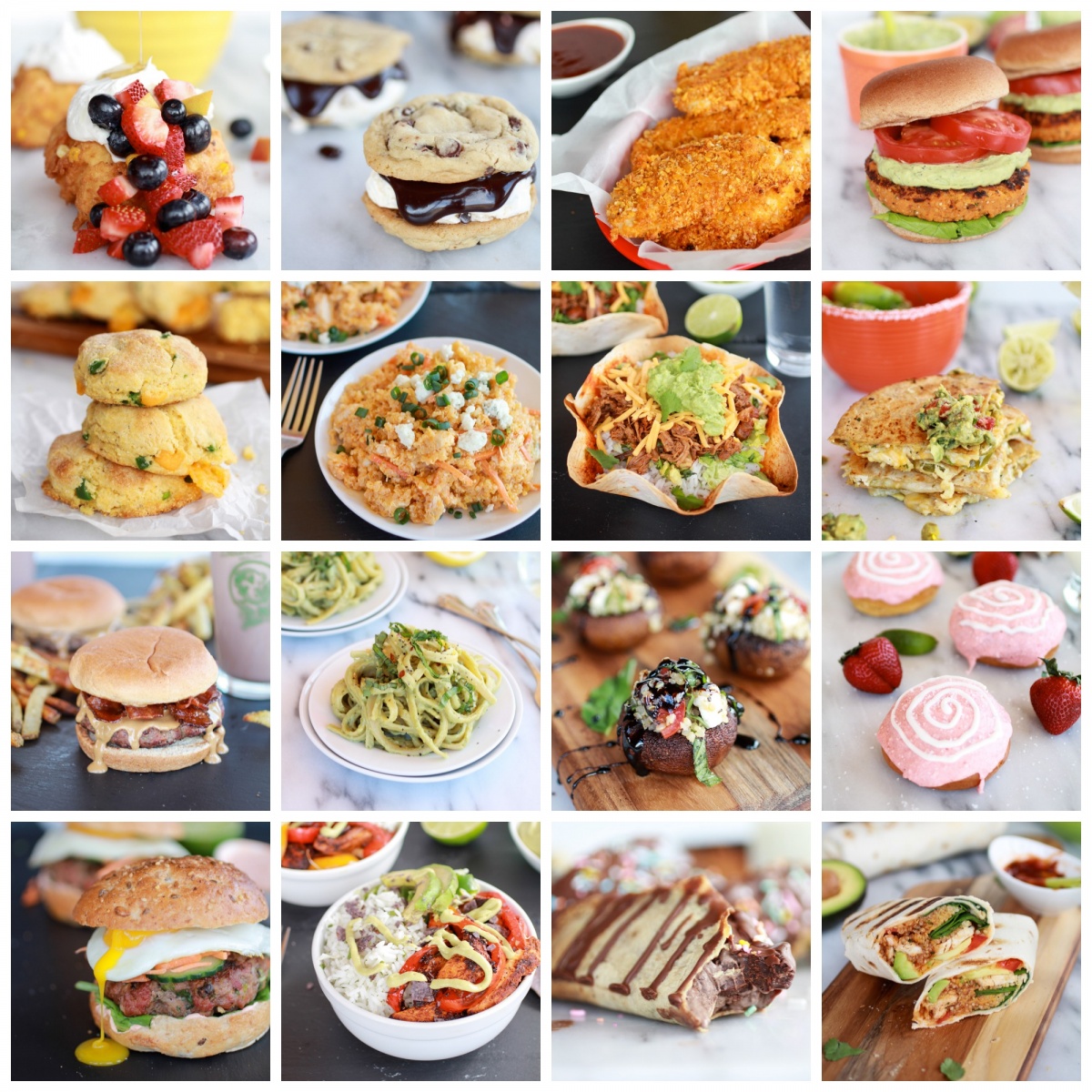 Taking a wide array of taste preferences into account is always important but making sure no one is left out was the top priority. So, accounting for religious people who can’t eat anything that isn’t Kosher/Halal is vital. Including a few organic options is also a must, especially if kids are on the guest list. Vegetarians and vegans like chips & dip too – they’ll be happy to see some veggie salsa or guacamole. And, though most people don’t pay heed to the new health trends, having a choice of snacks for those who follow the Paleo diet or stay gluten-free may be a good idea.

The common theme of the most memorable Super Bowl 50 menus was home-made food. Only the staples, such as chips, buns, candy and nut mixes came straight from the grocery store. Of course, home-made food must be served fresh, so cooking everything in time can be a challenge. The trick is to have each dish one step away from being finished when you wake up on Sunday. 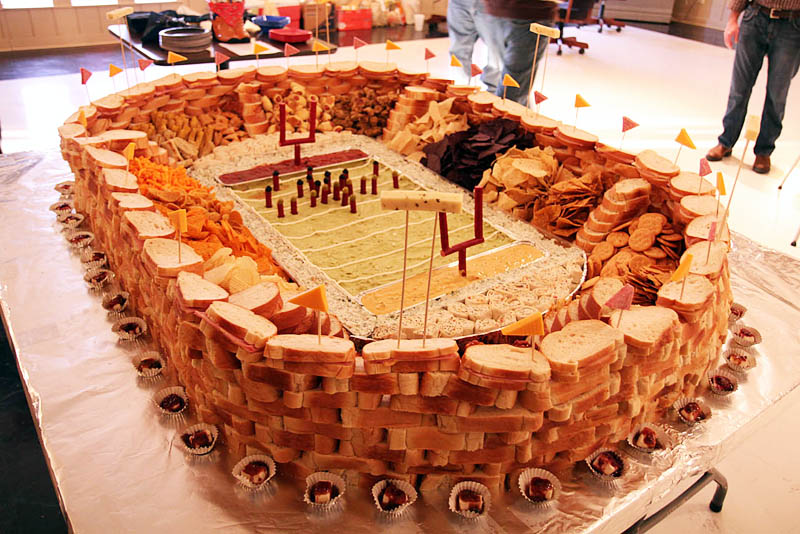 Visual appeal can make guests compliment your cooking before they ever try it. In addition to that, creating an aesthetic buffet is a great chance to add a unique touch to your Super Bowl party. Putting together a snack stadium is actually much easier then it looks – all you need is a lot of cardboard, some glue and a little bit of imagination. It takes time and careful planning to position snacks in a way that resembles a football stadium, but that’s the only thing you’ll need that “bit of imagination” for.

This video demonstrates an inexpensive, easy-to-make to make snack-stadium base design that leaves plenty of room for customization.