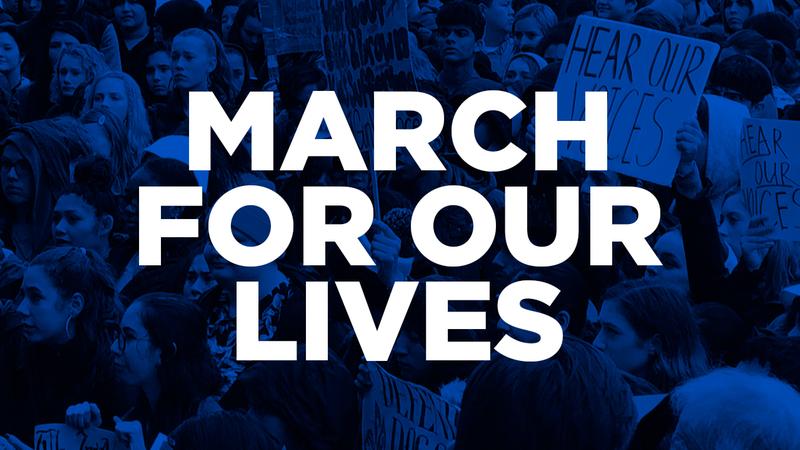 This week, amid stories of Russian spies, police brutality and debates about gun control and immigration, the nation’s collective conscience will drift for a moment to Rev. Dr. Martin Luther King Jr. as the 50th anniversary of his death comes and goes. Assassinated at only 39 years old after rising to national prominence at a young age, I am convinced Dr. King’s work had just begun.

Yet, when today unarmed people are being murdered in their backyards and innocent victims are being targeted with bombs, we cannot question whether racially motivated hatred still exists. Fifty years later, what would Dr. King have to say to us?

Marching For The Future

The Memphis March of Our Lives, the student-driven protest against gun violence, occurred on March 28th. The Millions March against police violence, police brutality. The Sacramento protest over the fatal shooting of Stephon Clark, and had he survived, the Rev. Dr. Martin Luther King Jr. would have been there, walking, talking, listening, present, as he was for countless body-on-the-line campaigns for social justice in the 1950s and ’60s.

March for our Lives

He was organizing a march in the final days of his life. On April 3, 1968, he came to Memphis on what was a fast return trip. A peaceful demonstration five days earlier in support of black city sanitation workers had ended in a panicked rout when militant protesters stirred up the crowd, and the police came down hard. Now he was back.

The King assassination spurred the legislation not just because it horrified the Nation, but also because it prompted unrest across the country, including in Washington, where lawmakers watched rioters come within blocks of the White House as thousands of federal troops were mobilized.

My guess is that if Martin Luther King Jr. of 1968 were to return to 2018 America, he would be unsurprised by some of what he’d find: the staggering numbers of black men in jail; the recurrent killings of unarmed black youths by police; the emboldened presence of white supremacists. As a leader, he shaped a great humanitarian movement; as a thinker, he came to understand humanism’s deep flaws.

“For there is another kind of violence, slower but just as deadly, destructive as the shot or the bomb in the night. This is the violence of institutions; indifference and inaction and slow decay. This is the violence that afflicts the poor, that poisons relations between men because their skin has different colors. This is a slow destruction of a child by hunger and schools without books and homes without heat in the winter.”

The emphasis of the present-day protest movements is on inclusion: equal salaries, equal education, the right to marry. The goal is to get a share in the system. The civil rights movement began with that goal too, realized that the system was the problem. Dr. King eventually came to this conviction, and in some ways, it made the end of his life hard, complicated and unsettled.

The sermon Dr. King gave the night before he died was somber and cautionary but also gave a reason for hope. “Only when it’s dark enough,” he said, “can you see the stars.”