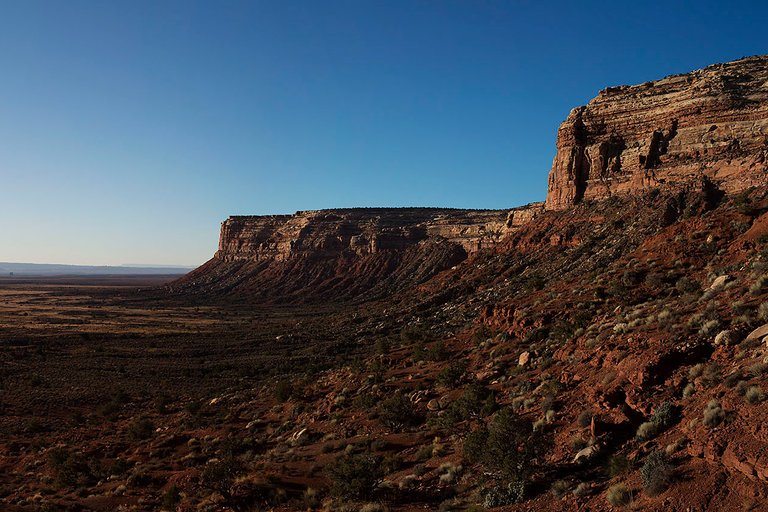 Three lawsuits have been filed that challenge the president’s decision.

This is the largest elimination of protected land in American history.
Take Action: https://t.co/biZPxo7PHh#BearsEars pic.twitter.com/OqW9FHPk3Q

Patagonia has been at the forefront of the outdoor recreation industry as the sector becomes increasingly politicized by the actions of Mr. Trump this year. On Tuesday, the company’s general counsel, Hilary Dessouky, said through a spokeswoman that the company planned to file a lawsuit on Wednesday challenging the president’s shrinking of the national monument.

“The administration’s unlawful actions betray our shared responsibility to protect iconic places for future generations,” Ms. Dessouky said. “We worked to establish Bears Ears National Monument and will now fight to protect it.”

Rose Marcario, Patagonia’s president, has previously warned that the company would take legal action to protect public lands, particularly after Mr. Trump in April ordered the secretary of the interior, Ryan Zinke, to review 27 national monuments. In response to the president’s remarks on Monday, she said the company would “continue that fight in the courts.”

Other companies in the outdoor retail industry have also criticized the move.

REI said it would continue to pursue bipartisan support to protect public lands and “prevent death by a thousand cuts.”

“We just lost millions of acres of protected land but we remain united as a community.”

Despite more than 100 years of bipartisan work to protect this country’s parks, waters, mountains and forests, today the administration eliminated protections for millions of acres of national public lands. Show your solidarity by changing your profile pic to this We ❤️ Public Lands photo. This is a blow for anyone who loves the outdoors, including the 7.6 million Americans who work in the outdoor industry. We are not alone in this view. Since April, 2.8 million Americans have spoken directly to the Department of the Interior to advocate for protecting our national monuments. These voices have fallen on deaf ears. REI will not retreat from our strong belief that there is common ground in the outdoors. We’re asking everyone in our community to change their profile pic (link in bio) to this We ❤️ Public Lands photo to show that we’re still united, and that we’ll still work together, across party lines, to protect wild outdoor places. Join us now. #UnitedOutside

Yesterday, the president of the United States reduced federally protected public lands by more than 2 million acres at two national monument sites in Utah. As riders, we view the outdoors not only as our playground, but where we come together as a community. We cherish all our national parks, monuments, and protected wild places, and we need to ensure that future generations will have the same opportunity to experience them. To stand up with us, call or write your representatives and senators and let them know this is not OK.

If you’d like to support the creation of the Bears Ears Visit with Respect Center, you can take part of the kickstarter here: https://t.co/AvE7aqWzMy #MonumentsForAll pic.twitter.com/MMPNmlXqRm

North Face, citing federal lawsuits that were filed in anticipation of Mr. Trump’s decision, said it was donating $100,000 to an education center for Bears Ears. They also posted a series of videos to their Instagram, which together forms an image that says “Protect Bears Ears”. The videos go into details on the money they plan to raise and donate to support the creation of an education center outside Bears Ears National Monument.