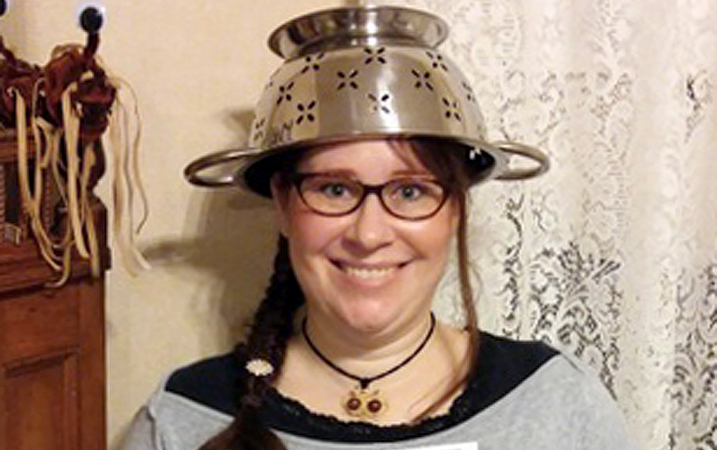 Last week, the Netherlands recognized the Church of The Flying Spaghetti Monster (FSM) as a religion.Thousands of devout pastafarians celebrated their official Denomination status, by partying “in the name of the pasta, the meat balls and the holy sauce”. As is customary, they gathered to eat pizza, drink beer and socialize with sacred colanders upon their heads, while praising His Savoriness. Church members are sure that this is just the start – every country will soon be touched by His Noodly Appendage.

Origins of The Church of The Flying Spaghetti Monster

Along with most other Southern states, Kansas remains politically influenced by the Christian Church. When the Kansas Board of Education announced plans to teach intelligent design alongside evolution in public schools, Bobby Henderson decided to try being the voice of reason. His 2005 open letter explained an age-old commonsense concept (the inability to disprove a theory does not serve as proof of anything) and demonstrated how ridiculous teaching creationism as a science really is. 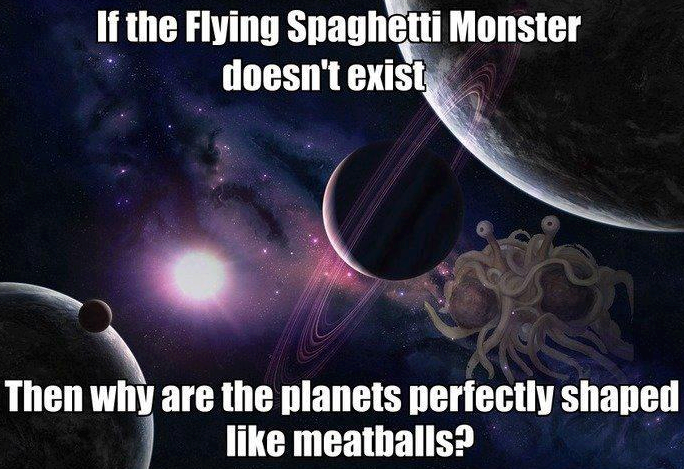 Henderson asserted that a divine deity – the Flying Spaghetti Monster – is the origin of life on Earth. The letter explains that our creator got really drunk one day, so our universe ended up being flawed. To test our faith, His Noodly Appendage stays hidden. He alters carbon dating results and other empirical data that would prove the Universe is only 5,000 years old. Handerson called the belief “pasta-farianism”, demanding that it be taught in Kansas alongside Christian creationism, which is just as scientifically sound as, well, a flying spaghetti monster. 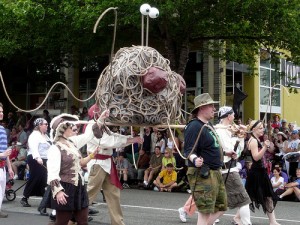 He publicized the letter as a satirical piece, without any intention of taking the Church of The Flying Spaghetti Monster any further. It goes without saying that the Internet took it further than anyone could have imagined. The Church of FMS is now an official religion, with its own holy book, set of holidays and its very own ‘Holy Prophet’ Henderson.

Though The Gospel of the Flying Spaghetti Monster teaches complete freedom of expression, there is one very strict rule – pastafarians must have absolutely no dogmas. As such, you will find that there are no lies in the Gospel, unless you neglect to read the ‘Holy Disclaimer’:

“Disclaimer: While Pastafarianism is the only religion based on empirical evidence, it should also be noted that this is a faith-based book. Attentive readers will note numerous holes and contradictions throughout the text; they will even find blatant lies and exaggerations. These have been placed there to test the reader’s faith.” 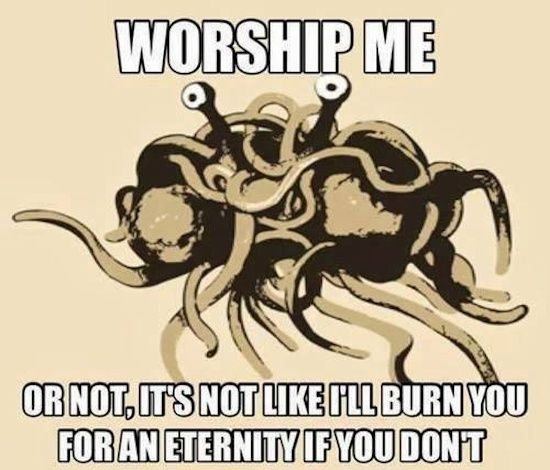 In the holy book, His Noodliness answers all of life’s great questions. The purpose of life is to have our faith tested, though no one is sure why the all-knowing Savory Appendage needs a test to find out which of his creations have no dogmas. More importantly, the Gospel reveals what happens after death. The Flying Spaghetti Monster is kind, therefore, plenty of strippers and beer are a given. Those who are deemed worthy, spend eternity drinking fresh micro-brews in a classy “stripper factory”. Meanwhile, people who disappoint FSM end up with flat, lukewarm beer at a factory that only makes strippers with multiple STD’s.

Since His Savoriness was drunk during creation, he had a massive hangover by the time our universe came into existence. He slept it off, grabbed a cold beer and ate some fried noodles. By the time The Noodle In The Sky remembered about his drunken antics, thousands of years have passed. 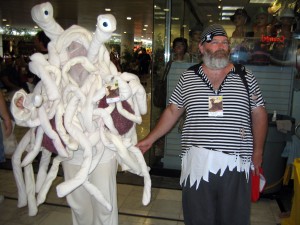 At the time, pirates were the most intelligent and fun-loving people on Earth. So, to reward them, FSM revealed himself to the pirate Mosey and gave him the “Eight I’d Really Rather You Didn’ts”. By following these 8 recommendations, pirates became the first pastafarians. Later, Christians changed history books to depict pirates the way they are commonly known today.

Proof of His Noodly Appendage touching pirates is everywhere. DNA matching demonstrates that pirates had the same ancestors as modern pastafarians. Plus, as the number of pirates decreased, the Flying Spaghetti Monster got angry and punished all of humanity. Historically, increased disasters and catastrophes correlate to a decrease in pirates, as demonstrated by the below graph. Prophet Handerson used the graph to convince people that kids should learn about Creation, instead of relying on confirmed empirical facts. 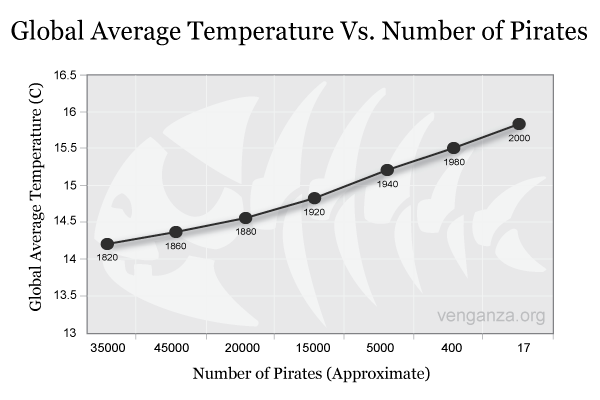