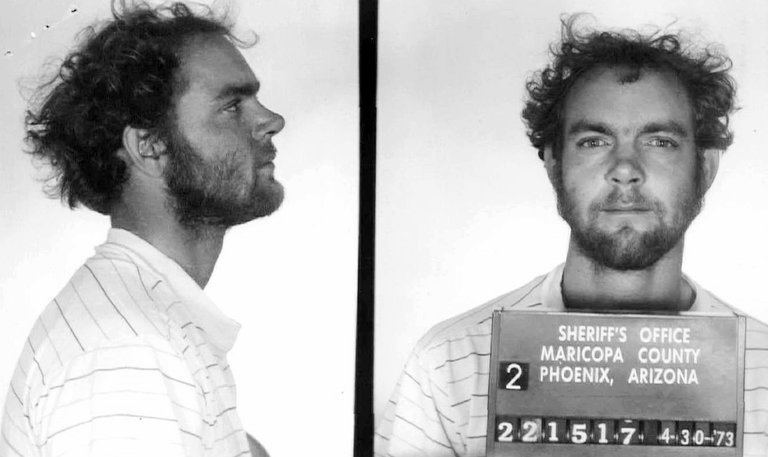 On Wednesday, a 72-year-old named Joseph James DeAngelo was arrested in suspicion of being the famed Golden State Killer. DeAngelo is allegedly responsible for terrorizing the state of California with a deranged campaign of murder, rape, and burglary in the 1970s and 80s.

It was always assumed the Golden State Killer was still alive, in part because he enjoyed getting in contact with his surviving victims and taunting them long after the attacks, according to police

The first recorded sexual assault occurred in June 1976, then another in July, in August, in September. After several more in October, law enforcement officials announced that they were looking for one perpetrator tied to attack after attack. He came to be known as the East Area Rapist.

The Killer was sometimes accused of breaking into victims’ homes or stalking them, thereby becoming familiar with locations, before launching his attacks

The assailant typically wore a ski mask, and usually wielded a gun. He tied up his victims and issued threatening instructions through clenched teeth. He took mementos: photographs, jewelry, identifications. He sometimes paused to eat or drink, as if to suggest he was perfectly at home with mayhem.

Investigators soon developed an outline of their suspect: an agile young man, just under 6 feet tall and with a size-9 shoe. The suspect’s tactical precision suggested military or law enforcement experience.

He was also particularly audacious: After a local newspaper noted that he raped his victims when no man was at home, he began assaulting women while tying up their husbands.

The fact that the rapes and murders occurred sometimes hundreds of miles apart stymied investigators. Cases usually led to going straight to the most likely suspects – spurned lovers, family members or acquaintances of the deceased. The lack of DNA technology also meant law enforcement had much less to work with

The rapes and murders continued for years, in California locations far beyond Sacramento County. In 1986, the predator’s 12-year spree of break-ins, violence, and death stopped — at least, it seems, in California. Twelve dead, at least 50 women raped, and more than 120 homes burglarized.

Break in the Case

The first big breakthrough in the case came in 2011 when investigators in Santa Barbara successfully connected a DNA sample pulled from the Domingo-Sanchez killings to the rapes in Sacramento.

In 2013, the crime writer Michelle McNamara shined a spotlight on the case with an article in Los Angeles magazine. In 2016, police and the FBI renewed their effort in catching the killer by offering a $50,000 reward to anyone with information leading to their identity. In 2018, McNamara’s Book “I’ll Be Gone In The Dark” was published which officials credited in solving the case.

According to the Sacramento Bee, GEDmatc is a place for people to find long-lost relatives and has a database of 800,000 DNA profiles. Sacramento District Attorney Chief Deputy Steve Grippi confirmed that a family member of DeAngelo’s had used the service. They were able to isolate him as a suspect and collect “discarded” DNA on two occasions. They finally had a match.
“We were looking for a needle in a haystack and we found it,” says District Attorney Schubert, who has had some role on the case since she was a deputy district attorney in 2000.

Mr. DeAngelo and his wife had three daughters, but at some point, the couple separated. He worked for more than a quarter-century at a distribution center for the Save Mart grocery store chain in Roseville, outside of Sacramento. He retired in 2017 and was noticed, if at all, for his painstaking lawn care, and for occasional outbursts of obscenity.

On Friday afternoon, Mr. DeAngelo was rolled into a Sacramento County courtroom, his wrists shackled to his government-issued wheelchair. He wore an orange jumpsuit with “Sacramento Co Prisoner” stenciled in large letters on the back.