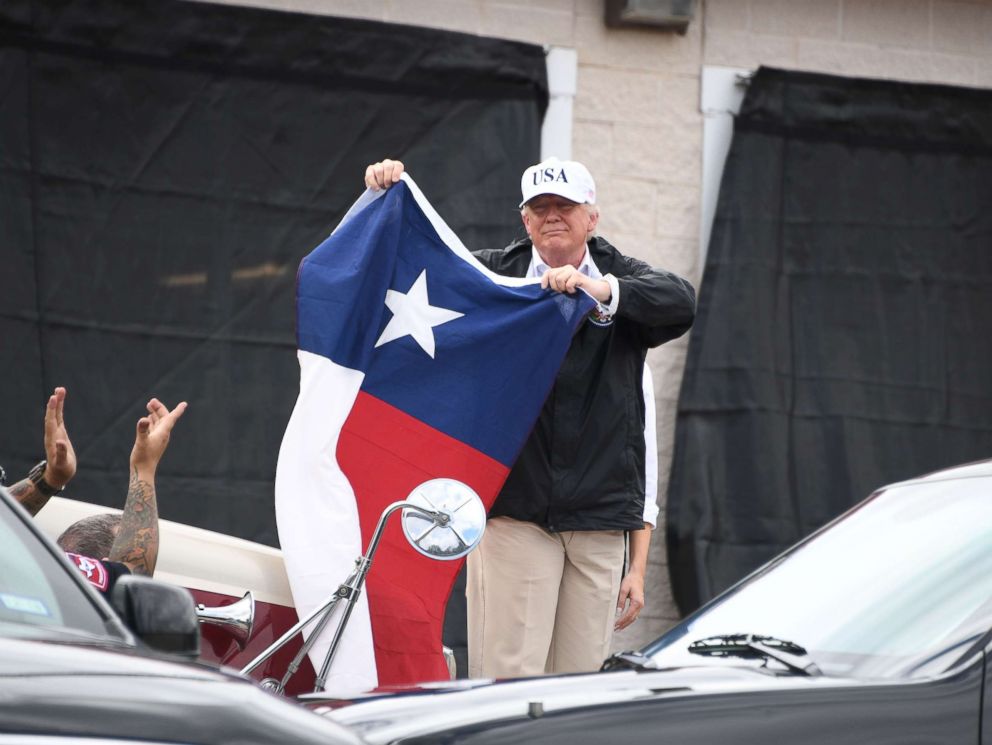 In what appears to be a traditional president doing what is expected of him following a disaster, President Trump recently met with those effected by Hurricane Harvey. He was quick to praise the efforts and coordination of local officials and promised quick rebuilding for those in the afflicted region.

After witnessing first hand the horror & devastation caused by Hurricane Harvey,my heart goes out even more so to the great people of Texas!

It’s hard to argue that Trump witnessed devastation “first hand” considering how little time he spent in Texas and lack of discussion about the human toll of the deadly storm. You’ll notice how Trump sported a “USA” logo hat (that, of course, was for sale on his website), posed with a giant Texas flag, and was raving about the size of the crowd who showed up to greet him.