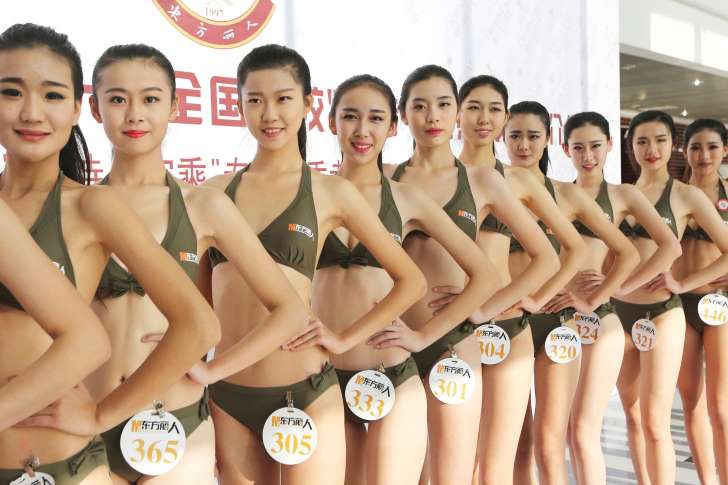 Job interviews are notoriously stressful events. You want to look nice, stylish, and professional while exuding confidence. Swimsuit season is a time that induces panic and self-doubt in people of all genders. Neither occasion is a particularly pleasant time for millions of people. What if you had to audition for a dream job in your swimsuit?

That is just what dozens of hopefuls in Quindao in the Northeast region of China did to get their dream jobs. China, no stranger to interesting and innovative practices – to say the least – was the site of a recent competition where all the women were wearing bikinis and presenting themselves as if they were in a pageant. Each contestant wore identical bikinis and black pumps. The women walked across the stage and posed for the recruiters much like pageant contestants pose for the judges. 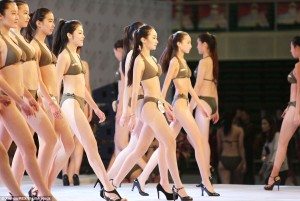 This competition is reportedly the brainchild of Oriental Beauty, a modeling agency in China. The agency held the competition in front of participating businesses from both the airline and fashion trade. The competition sought out over one thousand recent high school graduates to compete for jobs as models or flight attendants. Evidently, each young woman needed to be at least 5’6” to qualify, but those who measured 5’5” were allowed on an individual basis if they were considered to be very beautiful. In fact, the website for the modeling agency states that each young woman also have a “sweet voice”. There is no indication on what exactly that means for the recruiters.

No stranger to controversy, the airline industry in particular has come under fire for alleged initiation rituals of flight attendants, most of whom are female. The story broke after a photograph was leaked depicting a flight attendant shoved into an overhead luggage compartment. The airline, Kunming Airlines, insisted that an investigation was underway.

The competition is supposedly held yearly at a school in Quindao and attracts individuals from several neighboring provinces.