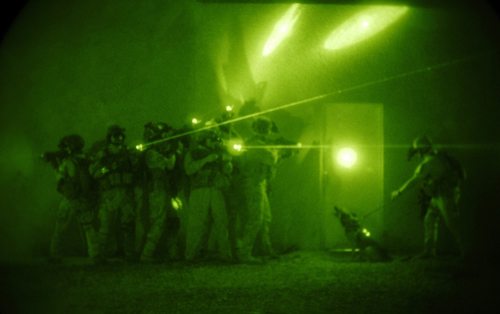 US Special Operations forces have killed the Islamic State’s second-in-command, according to Defense Secretary Ash Carter.

He was the ISIS Finance Minister, and the US government had put a $7 million bounty on his head. Defense officials believe he was the man most likely to replace ISIS leader Abu Bakr al-Baghdadi in the event of his death or capture.

“We’ve taken out the leader who oversees the funding for ISIL’s operations, hurting their ability to pay fighters and hire recruits.”

He apparently survived a US-led coalition airstrike on May 12, 2015, when the Iraqi Ministry of Defense announced his death. 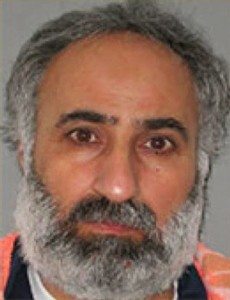 Al-Afri joined Al-Qaida in 2004. After serving time in an Iraqi prison, he was released in 2012 and traveled to Syria to join what became ISIS. In 2014, the US government declared him a “Specially Designated Global Terrorist” for his role with ISIS.

His death, confirmed by Defense Secretary Carter, comes after the slaying of ISIS Minister of War Omar al-Shishani, or “Omar the Chechen.”

“We are systematically eliminating ISIL’s cabinet,” Carter said using an alternate acronym for the Islamic State.

A US official confirmed to Fox News that the raid that took out Al-Afri in Syria was prompted by Tuesday’s terrorist bombings in Brussels, which killed at least 31 people and injured at least 250 people. As of Friday afternoon, US officials have confirmed that at least 2 Americans were among those killed. ISIS claimed responsibility for that attack.

“Like Paris, Brussels is a strong reminder of why we need to hasten the defeat of ISIL wherever it exists in the world,” Carter said

As of Friday afternoon, Belgian police raids in Brussels have led to the arrest of at least six people in connection to the bombings there or potential terror plots.

A suspect was shot at a bus stop in the Schaerbeek area of Brussels earlier today before being taken into custody. Some witnesses say he had a small child as a hostage.

Michel skipped a wreath-laying ceremony at the closed airport in Brussels because of ongoing arrests and raids in the Schaerbeek area of Brussels. Explosions and gunfire were heard in this region Friday, where ISIS member Najim Laachraoui was suspected of making the bombs used in the Brussels attacks.

“We will not be deterred,” Kerry said. “We will come back with greater resolve – with greater strength – and we will not rest until we have eliminated your nihilistic beliefs and cowardice from the face of the Earth.” 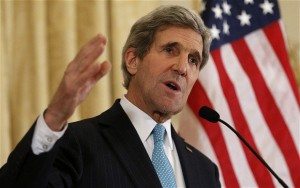 Kerry’s words come after President Barack Obama was criticized for appearing at a baseball game in Cuba and dancing the tango in Argentina during his pre-scheduled Latin American tour. Although Obama pledged to make defeating ISIS his “priority” after the Brussels attacks, his speech was criticized by some for not being aggressive enough against Islamist terrorists.