Whether it is guilt of wrongdoings or trouble in adjusting to civilian life, dozens of former US soldiers are heading back to Vietnam. They are going back to live in a country where a gut-wrenching war took place 40 years ago.

These days there is an elevator that takes tourists to Da Nang’s Marble Mountains. On one side there is a beautiful view of the countryside of central Vietnam, on the other it is the splendorous South China Sea. The setting makes for a beautiful trip. But that was not always the case. 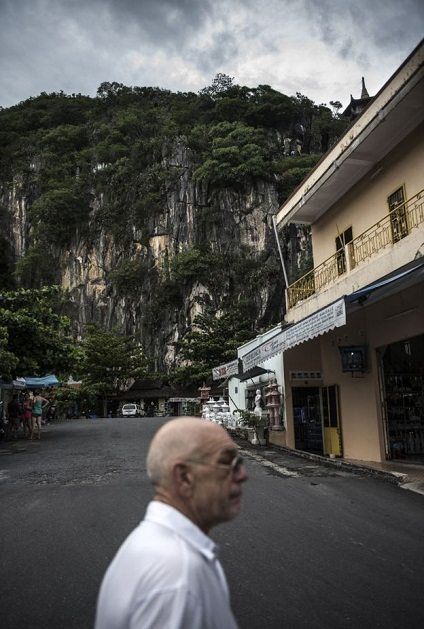 In 1968, David Clark was stationed behind these mountains. Back in the day, climbing them was unimaginable. Anyone who’d do so would be as good as dead; he’d be a sitting for the opposing Vietcong, who were camped nearby.

“We even had the rule that you would never leave the camp without a gun,” explains Clark. “So I walked around with an M16 all day. And I put that thing in the face of every Vietnamese I encountered. Men, women and children. I wanted them to be scared of me. That would give me a bigger chance to survive.”

40 years later Clark is back in Vietnam – not to fight but to rebuild his life, to start afresh. Clark is not alone, there are around 100, maybe more American veterans who are living in Vietnam.

Clark says when he was in US after the war, not a day went by when he didn’t think of Vietnam.

“I often woke up, bathing in sweat. I saw people when they weren’t there. Once I got up in the middle of the night, planning to place ambushes around my house, because I thought the Vietcong were coming to get me. The only way I could escape from these memories was by getting drunk. So I drank way, way too much.” Clark adds.

Clark says that he had the most peaceful moment of his life in 2007 when he visited Vietnam. He explains that he went to the top of Da Nang’s Marble Mountains. He stood there in amazement and relief,

I was completely brainwashed before going to Vietnam. I wanted to kill Communists, all of them. – Richard Parker, US war veteran.

Richard Parker, who is also 66 years old said that his life became miserable after the war. He started indulging in alcohol and drugs. For 20 long years, he led a purposeless life. He became a drifter and started working at restaurants, skipping one town for another. 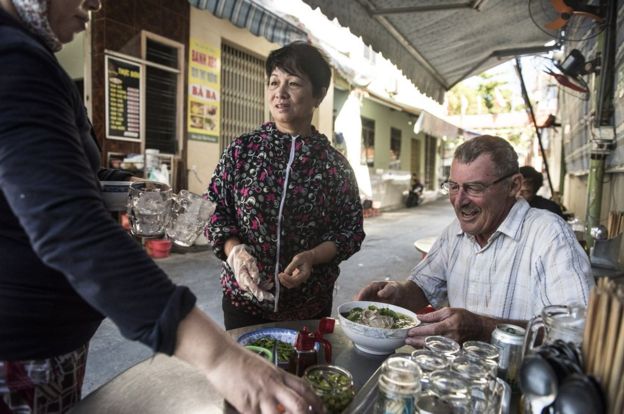 He says he didn’t care if he was alive or dead, nothing mattered to him. Memories of war haunted him every day since coming back to US. He developed post-traumatic stress disorder – a condition that affects 11% of US war veterans, forcing thousands to commit suicide.

Parker says he was heavily brainwashed into killing communities, as if they were some kind of criminals. But when he left Vietnam, he had a different view. He now recollects that Vietnamese were delightful people who only “wanted to grow rice and make babies”.

Then one day he decided enough is enough. He realized he needed a makeover and knew exactly where he’d found solace.

“Here I found, more or less, peace with myself. Sometimes I go to a place where we used to fight. What was chaos and destruction at the time, is now a hopeful place full of life.”

“I’ve had this feeling that we need to makeup, we have done so many stupid things here.” – Larry Vetter.

Larry Vetter works as a volunteer for Child of War Vietnam. It is a website that educates people about the Vietnam War and its legacy. Vetter has both American and British flag in his living room. 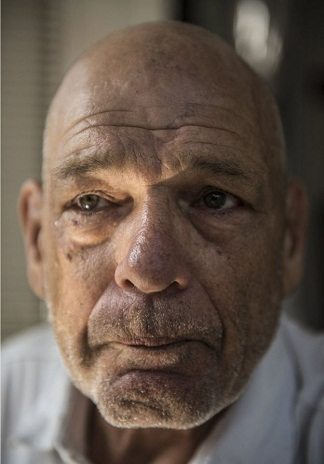 Vetter came to Vietnam in November 2012, only intending to say for a couple of months. He was helping a family with the care of two boys suffering from Agent Orange, a chemical herbicide that US used to destroy trees and herbs. It is still causing cancer today.

Vetter says, “I have the feeling that we need to restore some things, the US government refuses to do that, so I’m here to do my part.”

“There’s a closet in my head that I don’t want to open, because I fear of what comes out of it. I don’t know exactly what’s in there, but every now and then the door opens a bit and I get bad dreams. Maybe this closet is the reason I’m in Vietnam. We have done so many stupid things here.”