Ben Franklin was the first to say “In this world nothing is certain, except death and taxes.” But, as it later turned out, he was wrong on both counts. Now, we can’t tell you how to avoid paying taxes – only corporations know that – but we can name five people who successfully and shamelessly cheated death.

Each of these people casually dodged the Grim Reaper over and over again, like he’s a jury duty summons! (And one literally became immortal.)

[Dug Himself Out of an Icy Grave, Cut Off His Own Leg to Survive & Went Off to Fight The Nazi’s]

If this photo of Peter Freuchen is too blurry, just imagine if Chuck Norris and a grizzly bear had a son who was raised by Thor… 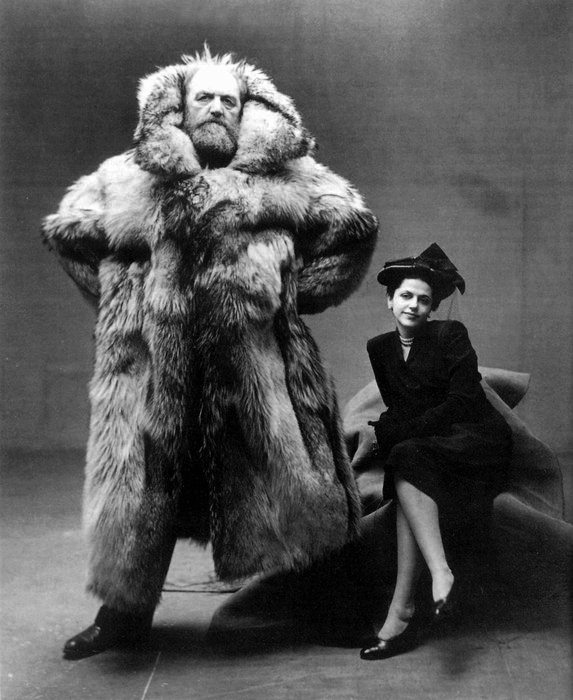 When he turned 20, Peter left Denmark in search of adventure, which he found while exploring Greenland via a dog sled. He got stranded in a blizzard and ended up buried alive under 15 feet of ice and snow.

Peter shaped his own turd into a chisel, froze it, and used it to dig his way to the surface. But, though his disgustingly brilliant idea got him to ground level, turd-chiseling wasn’t exactly a speedy rescue. By the time he got back into camp, Freuchen’s left leg was frozen beyond recovery. Their only medic was too scared to perform an amputation so, naturally, Peter decided to do it himself. 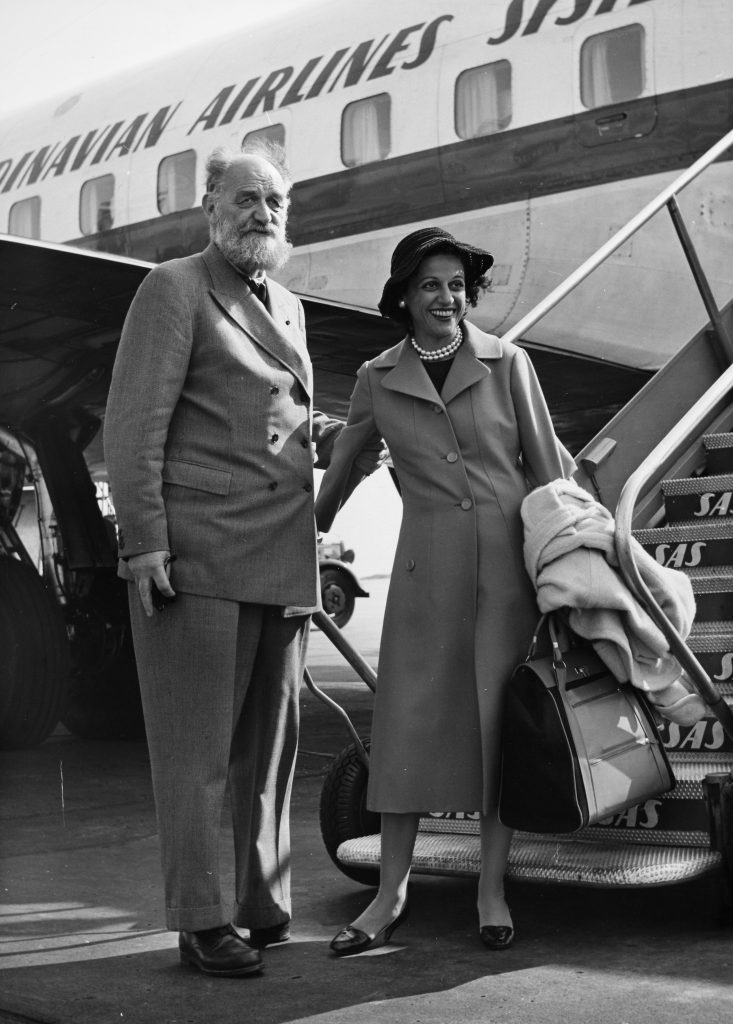 Years later, when Hitler invaded Norway, the one-legged badass returned home to become a resistance fighter. It took the Nazis two years to finally catch Freuchen. Of course, it took Freuchen less than a week to escape, and he didn’t even have to use any poop this time.

[Became Immortal, Cured Polio & Became the First Astronaut Without Ever Knowing It]

After giving birth to her fifth child, Henrietta Lacks was diagnosed with cervical cancer. But there was something different about her tumor and Henrietta’s doctor knew it. Dr. Gey harvested some of her cancer cells (without her consent.) He was able to continuously clone them for over 30 years. 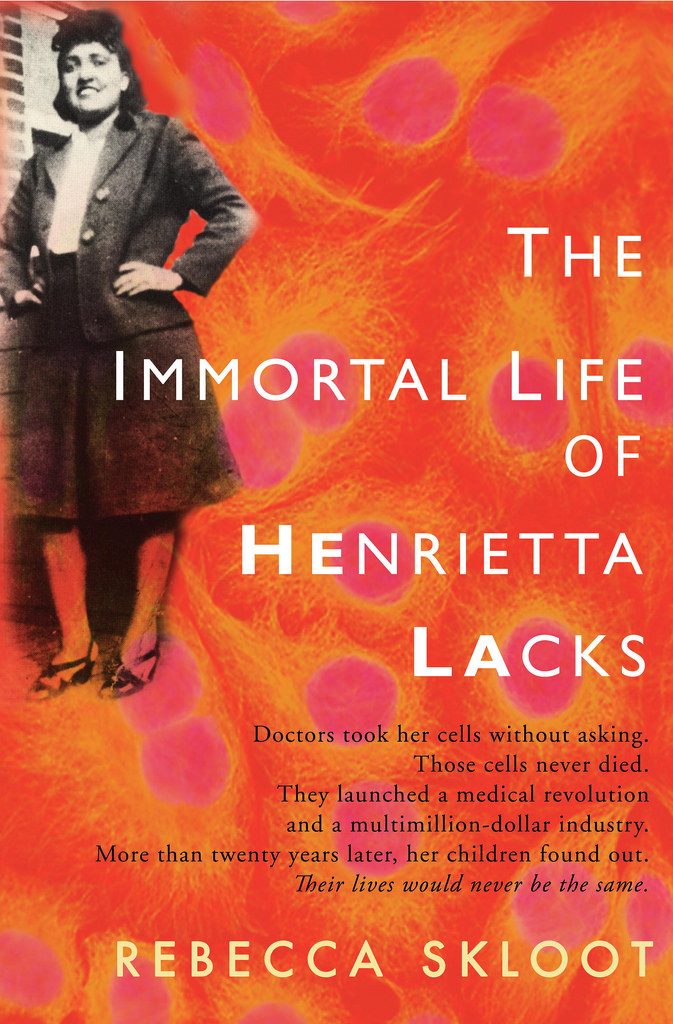 Henrietta’s cells lived on long after her death. They gave scientists insights into everything from rabies to AIDS and were instrumental in the development of the Polio vaccine.
As if being the first person to be cloned and (technically) become immortal wasn’t enough, Henrietta’s cells won the Space Race too! NASA used them on their very first space missions, to study the effects of zero gravity. 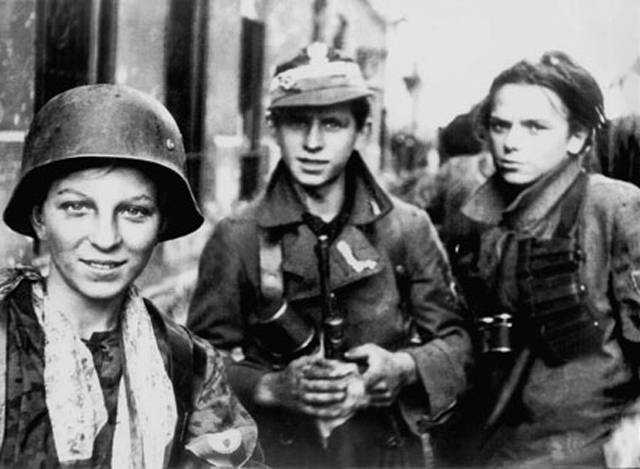 Jack Lucas was big for a 14-year-old. He could have been drafted into the NFL, but the only draft he was interested in didn’t accept minors without parental consent. So Jack forged his mother’s signature and joined the Marines right in time for World War II.

While digging into trenches on the shores of Japan, a grenade landed next to Lucas’ squad. Here’s his own recollection of what happened next:

“I hollered to my pals to get out and did a Superman dive at the grenades. Wasn’t much of a Superman after I got hit. I let out one helluva scream when that thing went off.” 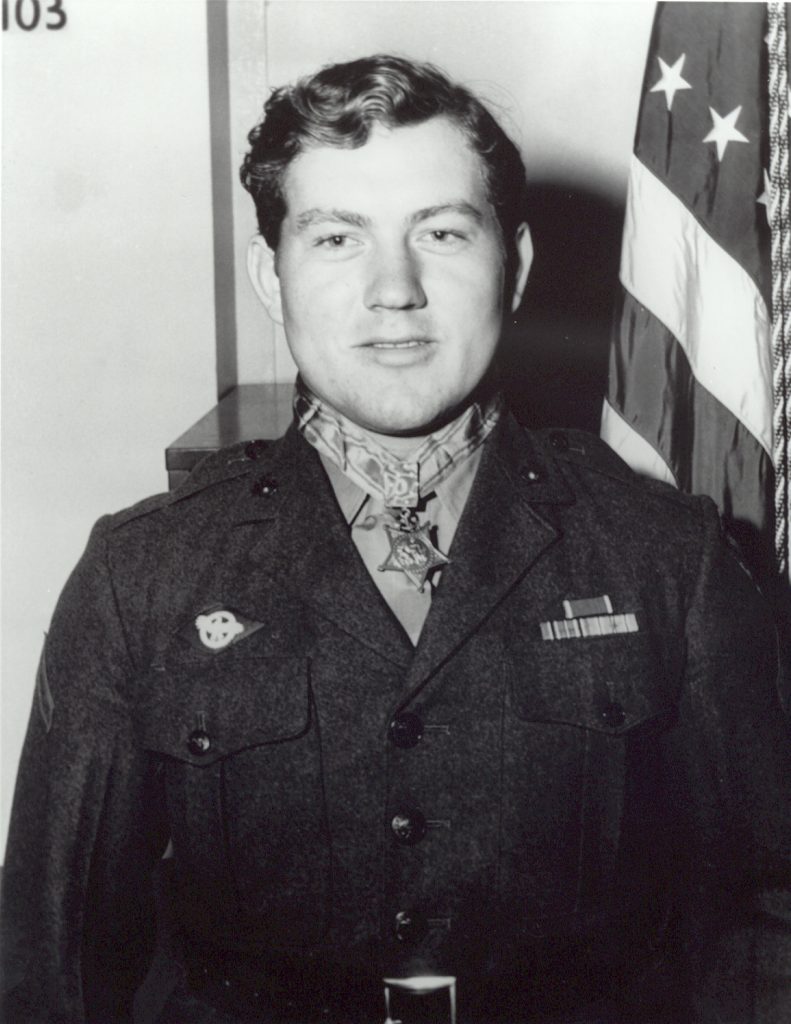 Jack’s bravery earned him 1 Medal of Honor and over 250 pieces of shrapnel, including six in his skull. But that wasn’t enough for Lucas so, on his 17th birthday he re-enlisted as a paratrooper.

During a training jump, Jack’s primary parachute didn’t open and his secondary malfunctioned, leaving him in a freefall 50 feet above ground. Somehow, Lucas survived the fall, rolling right when he hit.

[Survived 5 Years of Nazi Concentration Camps, 2 Years of Korean War & 3 Years as a POW In China]

Tibor Rubin picked a really bad time to be a poor Jewish kid in Hungary. When he was 15, Tibor’s family was sent to the infamous Mauthausen concentration camp. Unlike his parents and siblings (and 150,000 other Jews,) he survived the camp. Rubin vowed to show his gratitude to the American troops who freed him. 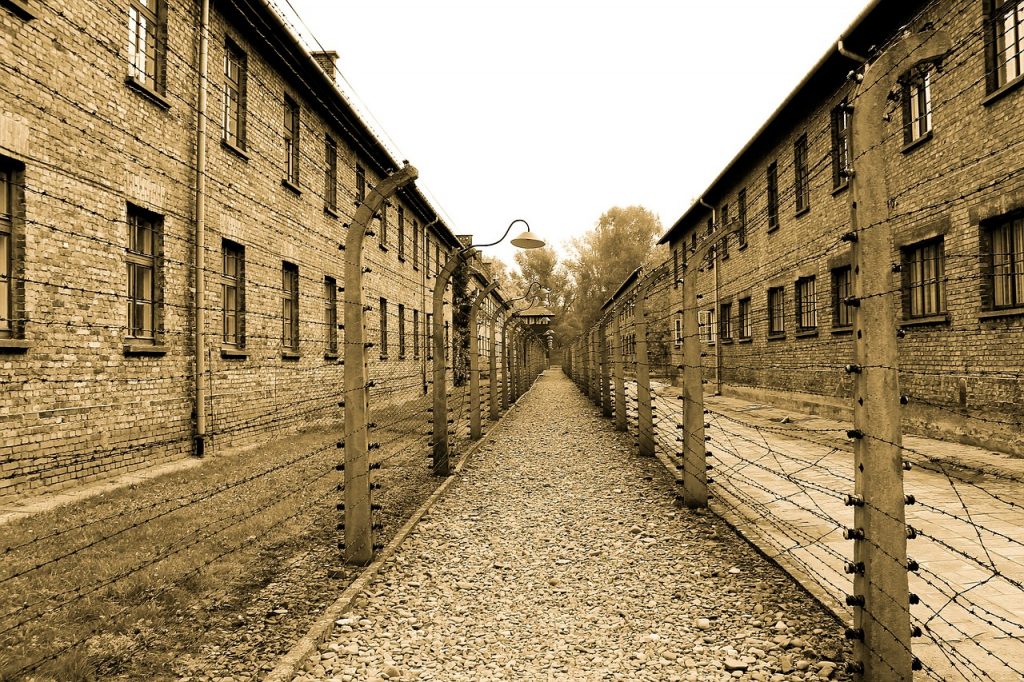 During the Korean War, Tibor repaid his debt with interest. He single-handedly defended a US outpost for almost 24 hours, allowing the rest of his regiment to retreat from a battle they couldn’t have won. After running out of ammunition, Rubin became a Chinese POW.

They offered to set him free if he agreed to return to Hungary but he turned them down. After the Nazi concentration camps, a Chinese prison seemed like a 5-star hotel. Every night, for almost three years, Tibor snuck out to steal food for his fellow POWs. 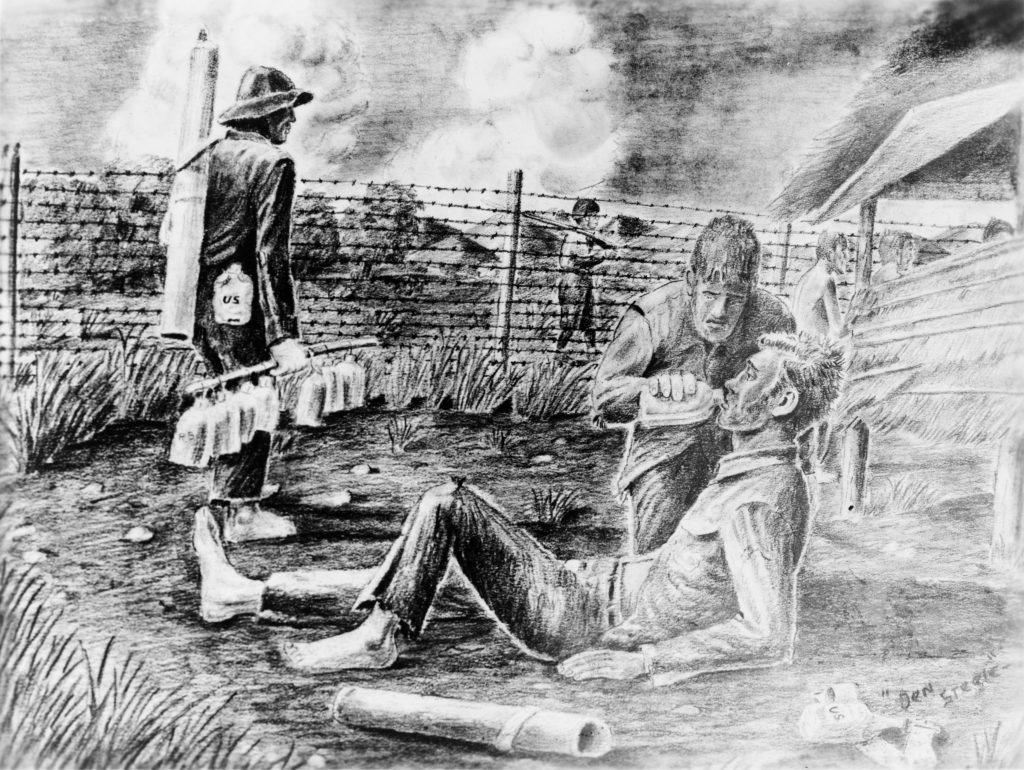 [Set Mountain-Climbing Records at Age 67, Hiked to The North Pole on Foot at Age 70, ‘Brushed Off’ a Heart Attack at 74 & Still Setting Records at 80]

Everyone who has ever met Brian Blessed can attest to two things: 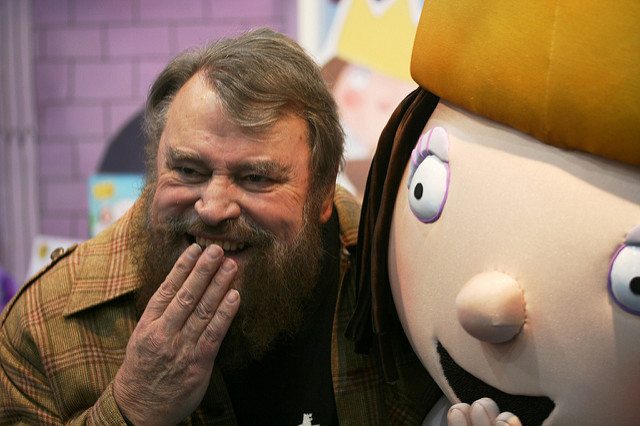 Brian is the oldest person to ever reach the North Magnetic Pole on foot. He’s also the only one to ever climb to a height of 28,000 feet without supplemental oxygen – a feat that was considered impossible by modern science. Not bad for a 67-year-young adrenaline junkie.

Believe it or not, being an 80-year-old mountain climber is not why Brian tops our list. What really put him over the top is his recent King Lear performance. While on stage, Brian Blessed’s heart skipped a beat and he collapsed with a heart attack. Five minutes later, he woke up, ‘walked it off’ (like it’s a bruised knee) and got right back on stage to finish his performance!

Guess someone must have told him he’s immortal… 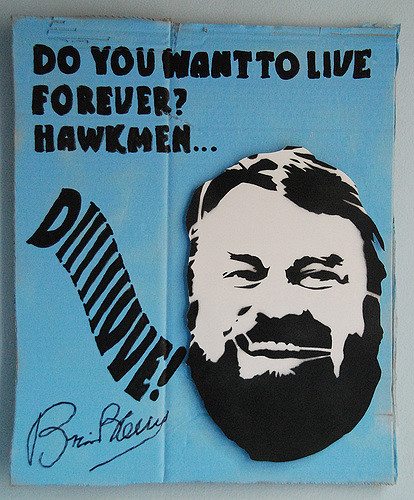 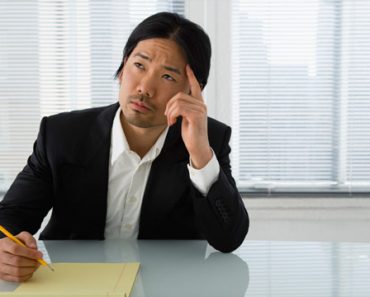