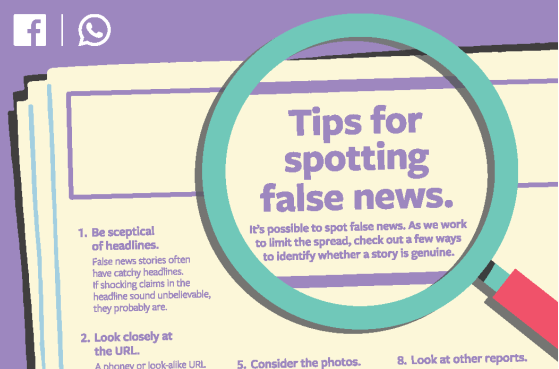 The week before Kenya’s highly contentious national election in August, Facebook did something extraordinary for a typically apolitical mega-corporation: It took out full-page ads in local papers warning of the spread of fake news and released a tool designed to help people spot it.

Fake news had grown so pervasive in Kenyan politics and on social media that human rights monitors worried it might factor in stirring the sort of widespread tribal violence that had marred previous elections, where thousands of Kenyans died and thousands more were displaced.

A survey of 2000 Kenyans conducted a month before the tightly contested election found that 90 percent of respondents had come across fake news, with half of the respondents saying they got their news on social media.

“In Kenya,” the researchers wrote, “social media is fundamentally reshaping how citizens communicate and how brands and campaigners get their message across.”

This week, The managing director of Cambridge Analytica, the data analysis firm at the center of a firestorm over its sway in multiple elections, was filmed describing its dominant role in Kenyan President Uhuru Kenyatta’s election campaigns in 2013 and 2017.

“Then we’d write all the speeches and we’d stage the whole thing — so just about every element of his campaign,” Turnbull added.

The company’s website describes its work in Kenya in 2013 as “the largest political research project ever conducted in East Africa,” which enabled the crafting of a campaign “based on the electorate’s real needs (jobs) and fears (tribal violence).” The 2013 vote was the first after brutal violence in 2008, in which over 1,000 people were killed.

The 2017 vote saw two key incidences of misinformation, Odipo Dev said, the first being a video entitled “The Real Raila,” which depicted a post-apocalyptic world three years into an imagined Odinga presidency. On YouTube, this has been viewed over 141,000 times.

George Kegoro, executive director of Kenya Human Rights Commission, said it was impossible to know the true extent of Cambridge Analytica’s influence because the firm had left “no smoking gun,” but highlighted similarly dark characteristics that he said were unique to the 2017 election cycle.

“What we know is that they had a role in the election. What we know also is that this election was run on a deliberate narrative of fear,” Kegoro said. “Fear was created in the population that there would be violence in the election, and that was a big factor in how everything was run. If Cambridge Analytica was responsible for this, then a great injustice has been done to Kenya, a big, huge, massive injustice was done to the people of Kenya.”